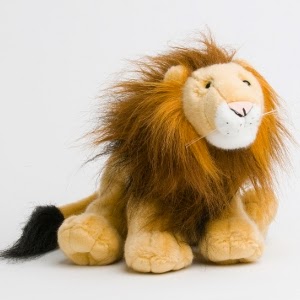 Anonymous said…
Woodland Park Zoo does wonderful work. At the end of the day, zoos such as WPZ will be the repository for many species of animals who will have gone extinct in the wild.
October 26, 2014 at 6:35 PM

Woodland Park Zoo said…
Adia's previous cubs have grown up and moved on to new zoo homes where they will one day start families of their own. The two females went to Hogle Zoo, and we chronicled their journey here on the blog. The boys went to El Paso Zoo and Henry Vilas Zoo. You can look for updates on the lions from each of those zoos, and catch up on past stories here: http://woodlandparkzblog.blogspot.com/search/label/lion. The two jaguar female cubs are still here at Woodland Park Zoo. Now that they are older and independent, they spend time on their own as jaguars are naturally solo animals. Their brother moved to another zoo this past summer. The girls will move on to other zoo homes eventually, which will bring us back to just the adult pair of jaguars here at the zoo. While we haven't done in depth blog features on the jaguars lately, we frequently share photos on Facebook and Instagram. Look for us on those channels!
October 27, 2014 at 2:53 PM

Anonymous said…
Thank you for the information. Which zoo did the jaguar boy move to? By the way, this Blog site is the only place I pay attention about the animals cared by this zoo. Not everyone is the fan of Facebook or Instagram.
October 27, 2014 at 8:39 PM

Anonymous said…
I read every Blog posted on this site, so I was aware where those 4 cubs went. I thought Woodland Park zoo was planning to track their life after been re-located. I checked the web sites on El Paso Zoo and Henry Vilas Zoo, they did mention a word about the male lions moved from Woodland Park zoo at Seattle. Not even a picture. :-(
October 27, 2014 at 8:51 PM

Anonymous said…
Thanks to the people behind the scenes to help this miracle along such as zoo keepers, HVAC, maintance workers, etc. Anonymous
October 28, 2014 at 5:01 AM

Anonymous said…
As a resident of El Paso and a frequent visitor of the zoo I can provide with some info:

El Paso zoo has three lionesses currently in the main exhibit, two are Xerses' half sisters and one is his full bloodied sisters. A couple of months ago I spoke to the lion keeper, and she told me that Rudo, the lion the zoo has received in the spring, is still much smaller in size than the three females and will have to "pack some weight" before being displayed in the the exhibit together with the three, fully grown, females. However, Rudo and the lionesses are able to see each other from separate holding areas "behind the scenes", and everything seems to work well. She said they are trying to figure out what's the best way to introduce Rudo to the pack.

She also said the zoo is planning for Rudo to spend some time in the main exhibit by himself in November so keep visiting the El Paso Zoo website and they may post some photos. We have had the lion for months in El Paso and I have never seen him either, so I'm also curious to see him.

Anonymous said…
Thank you for the update about Rudo. Cannot wait to see Rudo would have his first litter. It's kind of sad to see Xerses has to be alone by himself now due to the birth of new cubs.
October 29, 2014 at 12:51 AM

Anonymous said…
It appears from one of the photos that the lion cubs have teeth at birth. Is this true? If so, isn't that hard on the mother during nursing?
October 29, 2014 at 10:45 AM

Woodland Park Zoo said…
They'll start to grow in their milk teeth in the first few weeks. Permanent teeth won't come in until much later in their development.
October 29, 2014 at 12:23 PM