Did you see today’s Seattle Times cover story about the Cedar Creek Corrections Center inmates helping to raise and reintroduce endangered Oregon spotted frogs to Washington habitats? It’s all part of a great recovery program Woodland Park Zoo has joined with the Washington Department of Fish and Wildlife and the Northwest Zoo and Aquarium Alliance. 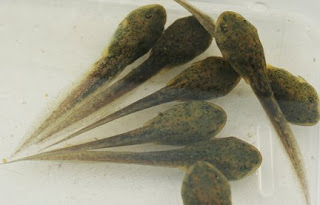 Here in our own Northwest backyard, we’ve seen populations of the Oregon spotted frog diminish significantly, all but lost to wetland degradation and chytridiomycosis—a deadly, fast spreading fungus. Add to that the introduction of predators such as the bullfrog, and this native frog has disappeared from much of its original habitat. These factors prompted Washington state to list the species as endangered in 1997. It may also ultimately lead to a federal endangered listing soon.

But hope is on the horizon. Woodland Park Zoo has joined a multi-institution recovery project that is pairing captive rearing of frogs with a wild release program to bring this species back from the brink. 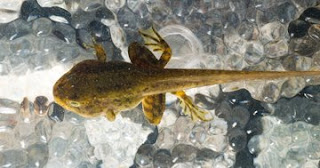 Scientists have selected Dailman Lake at Fort Lewis as a reintroduction area because it contains one of the largest relatively intact wetlands remaining in the Puget Lowlands. Reintroducing the Oregon spotted frogs to this habitat first requires Woodland Park Zoo and other institutions to headstart these frogs from embryo to full fledged frog, a process that takes 13 to 16 weeks. Headstarting starts with eggs taken from marshlands, brought to the zoo, hatched and raised until the frogs reach an age and size where they can be safely released and be able to protect themselves from predators. 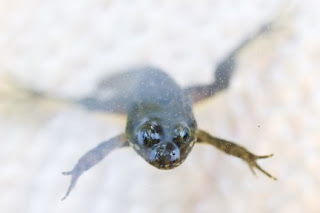 We are headstarting the frogs behind the scenes at the zoo now, and we expect to release them some time this fall, after which we will track the frogs for movement and population patterns. The ultimate goal is to establish a self-sustaining population at the Dailman Lake site.