February 24, 2022
Posted by Gigi Allianic, Communications
Photos by Jeremy Dwyer-Lindgren, Woodland Park Zoo
Woodland Park Zoo is mourning the loss of our amazing lion Xerxes, who was euthanized February 23, due to kidney failure. Xerxes was 14 years old, which is within the range of median life expectancy for male lions in zoos.

The geriatric lion had been undergoing treatment for possible kidney disease. Because Xerxes’ activity and appetite levels were recently low, an examination was scheduled for next week. However, the zoo’s animal health team moved up the exam to earlier this week because he was showing signs of decline and possible dehydration. Xerxes was administered IV fluids and antibiotics, and samples of blood, urine and feces were collected.

“While we were waiting for test results, signs of kidney disease in our geriatric lion were becoming more apparent,” said Dr. Rob Browning, associate veterinarian at Woodland Park Zoo. “His appetite had improved, and he was brighter. However, during another exam yesterday to administer more fluids and medications, his kidney values had worsened suggesting end-stage kidney failure, and we made the humane decision to euthanize him.”

Xerxes was a South African lion subspecies, Panthera leo krugeri, known as the Transvaal lion. He arrived at Woodland Park Zoo eight years ago under a breeding recommendation by the African Lion Species Survival Plan, a breeding program across accredited zoos to help ensure a healthy, self-sustaining population of lions. He became a father in 2014 to three cubs, the most recent lion births at the zoo; his offspring have since moved to another zoo.

“The death of Xerxes has hit our zoo family very hard. He had a strikingly beautiful mane that made you look twice, and he truly was a regal king of our African Savanna. Most of all, he was an excellent father to his cubs, playing with and patiently tolerating the cubs’ rambunctious antics,” said Martin Ramirez, mammal curator at Woodland Park Zoo.

Xerxes was known to be exceptionally vocal, explained Ramirez. “Xerxes roared like other lions do, but he also vocalized with a lot of low grumbles, high pitched moans and a chuffing sound like a tiger. He was very talkative with his lion keepers. We’re all going to miss this charismatic lion,” added Ramirez.

In 2019, a pair of juvenile lionesses, Kamaria and Ilanga, arrived at Woodland Park Zoo and were successfully socialized with Xerxes. However, as the sisters matured, the dynamics changed and they no longer tolerated living together. For the welfare of all three animals, Xerxes was moved to an outside yard that was off view to the public. “Cat relationships can oftentimes be complicated, so our animal keepers did a fine job of keeping all three lions comfortable and safe while we worked on plans to move one of the sisters to another accredited zoo,” said Ramirez.

As a standard procedure, the zoo’s animal health team will perform a postmortem exam to further diagnose factors that may have contributed to Xerxes’ decline and to share the results nationally among colleague scientists to help advance the understanding of medical issues in African lions. 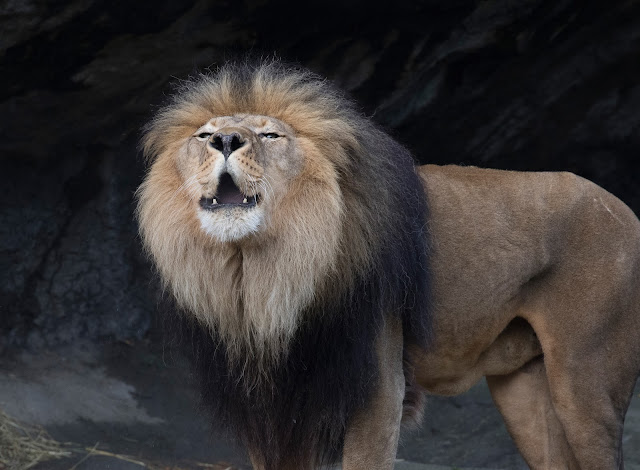 The South African lion subspecies ranges in Southern Sahara to South Africa in grassy plains, savanna and open woodlands, excluding the Congo rain forest belt. These lions range in weight from 260 to more than 400 pounds.

In 2015, two African lion subspecies were listed under the Endangered Species Act due to a dramatic 40% decline in the wild population over the last 20 years. As few as 20,000 to 23,000 African lions are estimated to remain in the wild and their future remains uncertain, particularly as the growth in human population continues to impact lion populations through loss of habitat. There also is retaliatory killing of lions because they pose a threat to humans and livestock.
Woodland Park Zoo partners with and supports the Lion Landscapes program in and around Ruaha National Park, which is protecting as much as 10% of the remaining population of wild lions in their landscape.

To celebrate the life of Xerxes, help save African lions by adopting the species through the zoo’s ZooParent program, which supports the zoo’s animal care, education, and wildlife conservation in the Pacific Northwest and around the world. 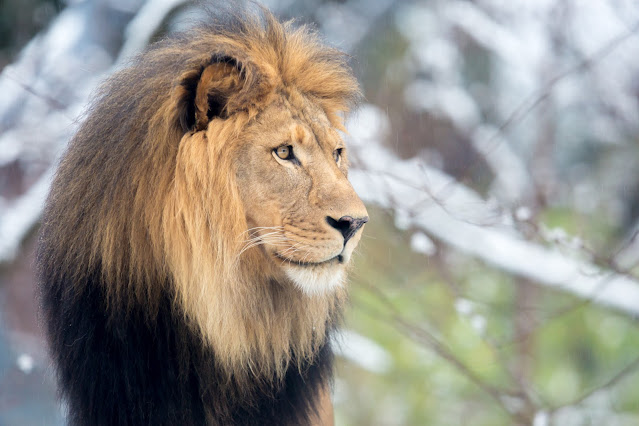 We know many of you were eagerly awaiting Xerxes' return to the African Savanna after his absence there and this is heartbreaking news to share. It's always too early to say goodbye to such an icon.

Unknown said…
My son lives in seattle i go to visit him every june! He always takes me to the woodlan zoo! I love seeing the lions!especially xerxes! I am deeply sad for the loss! He was an amazingly gorgeous lion! I will miss not seeing him!💔😥😥
February 26, 2022 at 5:20 PM

Unknown said…
Absolutely heartbreaking news!!
My son and I come to the zoo almost weekly and keep a journal of the animals and their lives.
Since Kamaria and Ilanga showed up and forced Xerxes into a back enclosure and out of his domain and the public eye, we have been writing to find out when the sisters would be moved to another zoo so we could once again see our beloved king. The Savanna hasn't been the same since.
Xerxes lost his mate, his domain and his beloved fans, it is no wonder he got sick.
We miss you your majesty, rest in peace.
March 1, 2022 at 8:49 AM