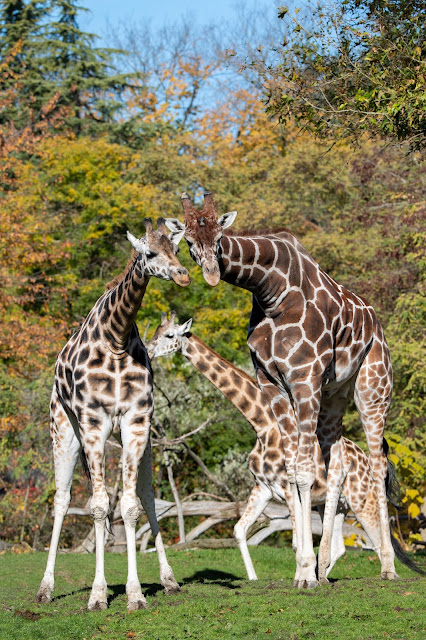 In May 2019, we proudly announced the birth of a little giraffe. This month, the giraffe darling of the community, Hasani, will reach another milestone: he’ll be leaving Seattle for a new home.
The last day to visit Hasani and show some love will be Sunday, October 18. Giraffe fans can also see the other members of the herd: Olivia and Dave, the parents of Hasani; and Tufani, the younger sister of Olivia.
Hasani will move to a new home in Merkel, Texas. It is a facility and breeding center that has been vetted by Woodland Park Zoo animal care experts, is affiliated with Hemker Park & Zoo in Freeport, Minn. and is well-regarded by the AZA community. The center does not have a name because it is not open to the public, but the organization that owns it is licensed for animal welfare by the USDA. To learn more, see our editor’s note below.

The 155-pound newborn was diagnosed just hours after his birth with abnormalities in his rear legs, a condition known as hyperextended fetlocks. Hasani gained international fame when his story of struggle, and ultimately triumph, rippled across the globe and deeply touched the hearts and minds of millions and millions of kids and adults alike. 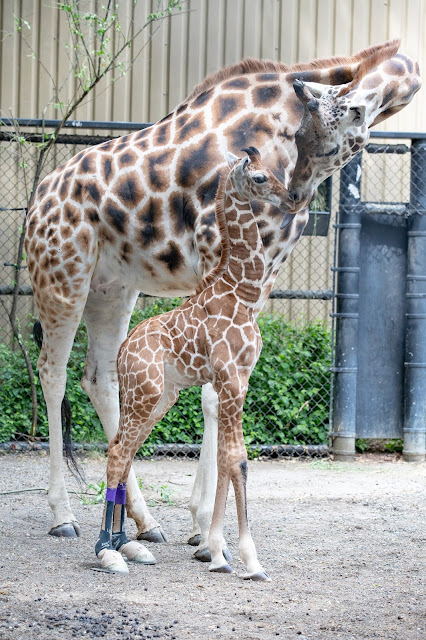 The giraffe, who currently weighs close to 1,300 pounds and is 13 feet tall, will travel in a ventilated livestock trailer with an extended top driven by a mover with extensive experience in animal transport.

At nearly 1½ years old, this is the natural age for a giraffe calf to leave its herd. “Woodland Park Zoo can be home to one male only. If Hasani were to stay here, he would have to be managed separately as he sexually matures,” says Martin Ramirez, mammal curator at Woodland Park Zoo. “Hasani will continue to receive excellent care at his new home and a new female is expected to join him later this fall.” 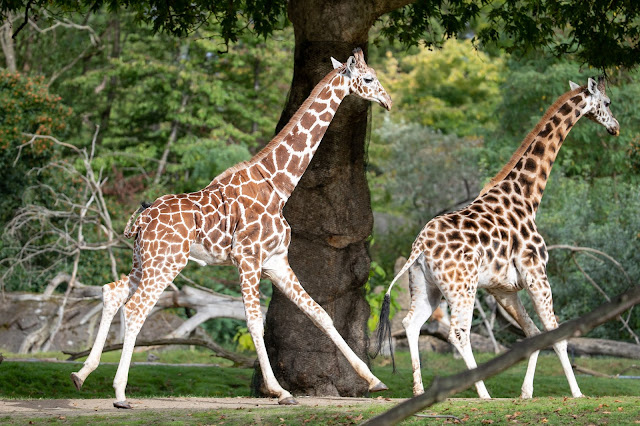 A giraffe born with leg abnormalities would not have survived in the wild without the ability to nurse and follow its mom, to avoid predators or to forage for food.

“Hasani showed a lot of spunk from the moment he was born—he never gave up. And neither did we,” says Dr. Tim Storms, an associate veterinarian at Woodland Park Zoo. “Thanks to our animal health and giraffe teams who worked around the clock to successfully treat and resolve Hasani’s medical condition, including a Kentucky-based equine veterinarian who specializes in foot conditions, we are able to send a healthy giraffe, who can walk and run like all giraffes, to a new home. We will miss this brave giraffe.” 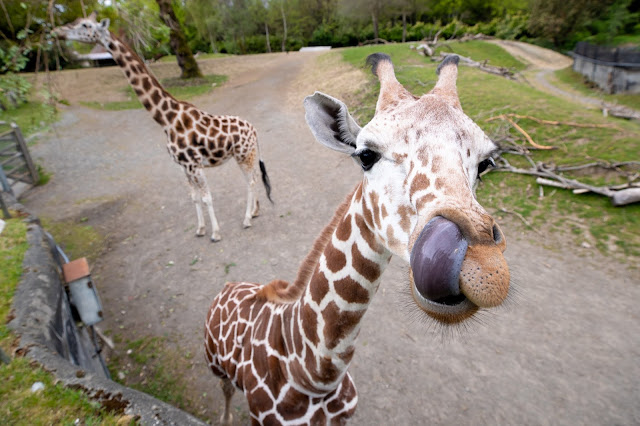 Giraffes are widespread across southern and eastern Africa, with smaller isolated populations in west and central Africa. Per the Giraffe Conservation Foundation, there has been a 30% decline in the giraffe population over the past three decades, to a current population of approximately 111,000. According to IUCN, International Union for Conservation of nature, four of the nine currently recognized subspecies of giraffe are either endangered or critically endangered.


Stick Your Neck Out for Giraffes

Adopt a giraffe in honor of Hasani through our ZooParent Animal Adoption Program: https://www.zoo.org/zooparent. A portion of each adoption goes to support giraffe conservation in the field. 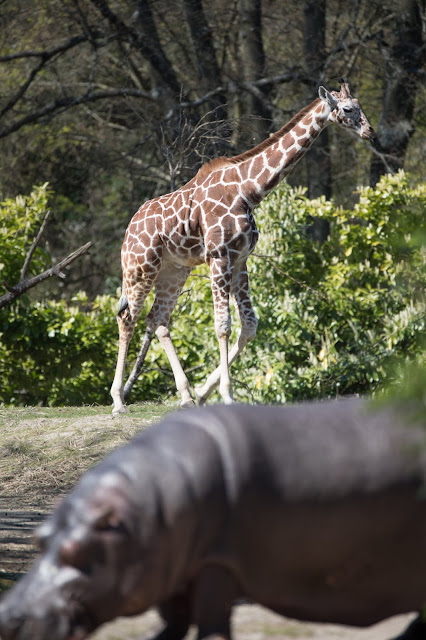 Editors note 10/12/20: We've received quite a few questions about Hasani's move and we hope this helps answer any questions you might have:

Thanks for all the questions about Hasani. We care so much about him and we're glad you do too! Woodland Park Zoo had a breeding recommendation from the Association of Zoos and Aquariums (AZA) Giraffe Species Survival Plan with Dave and Olivia that resulted in Hasani's birth. At this time, there is not a placement for Hasani at an AZA facility. This is the age that a male giraffe, like Hasani, would leave his mother and find a new herd, so it is important that he be placed with a new organization based on this natural development stage.

The welfare and wellbeing of our animals is always our top priority, so in cases where AZA placement is not possible, Woodland Park Zoo has a thorough vetting process for non-AZA organizations that includes signed clauses about secondary placement to ensure animals are guaranteed safe and long-term environments, as well as a signed Humane Treatment Agreement. Hasani will be moving to a facility owned by an organization licensed by USDA (which administers and enforces the federal Animal Welfare Act of 1964). The facility does not have a name because it is a breeding center that is not open to the public, but the owner has Hemker Park Zoo in Minnesota open to the public, which is well-regarded in the AZA community. This breeding center also supports AZA Species Survival Plans (conservation breeding programs).

In order ensure a safe and healthy home for Hasani, a Woodland Park Zoo curator with decades of experience visited the new location in Texas weeks ago to specifically tour the space, meet the staff and we consulted references. His visit confirmed that the facility complies with Woodland Park Zoo’s standards, USDA standards, and AZA protocols that ensure excellent animal care. Hasani will have access to 10 acres of beautiful grounds plus a state-of-the-art barn for shelter.

Hasani has captured the hearts of our local community and people around the world. He survived and thrived through his early challenges thanks to the exceptional care, expertise and attention he received from the teams at Woodland Park Zoo. It is our commitment to ensure he continue to thrive, and that his next home will continue to provide him with the best possible care. Thank you for caring so deeply about Hasani and all of the animals in our care!

wenfot said…
I am extremely concerned that Hasani is going to a "private facility." Is this someone's personal zoo? A place like on "Tiger King"? Please be more forthcoming. Thank you.
October 9, 2020 at 4:36 PM

charamath said…
Did you sell him to the Windmill Game Ranch located in that Texas city? Is he destined to be shot by some fool who thinks canned hunts are ‘sport’? Or will he just be bred (which makes zero sense since he doesn’t have good genes to be passing on) and the babies shot?
October 10, 2020 at 6:56 AM