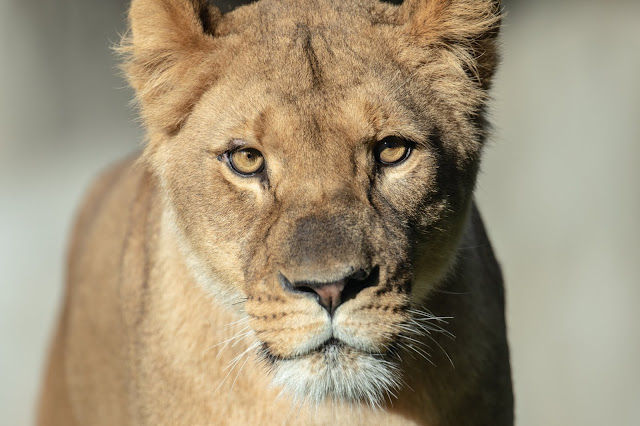 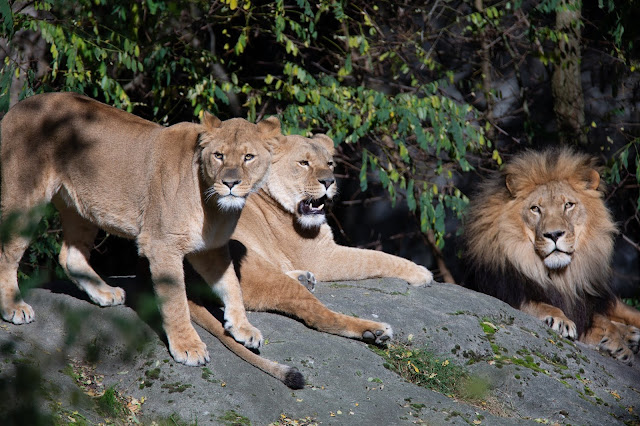 “We’re so excited for the girls to be here because lions are social animals, and Xerxes has been living solo since his former mate Adia passed away earlier this year,” said Christine Anne, a lead animal keeper at Woodland Park Zoo. “Kamaria and Ilanga have a ton of energy, so it will be fun to watch Xerxes try to keep up.” 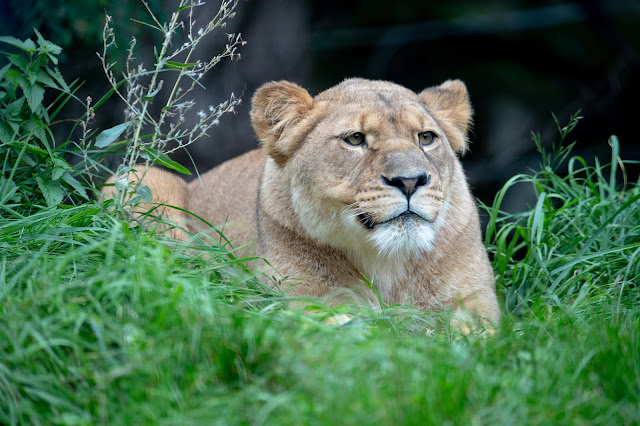 The lionesses were brought to Woodland Park Zoo under a breeding recommendation by the African Lion Species Survival Plan, a conservation breeding program across accredited zoos to help ensure a healthy, self-sustaining population of lions. It’s one of 111 Species Survival Plans that Woodland Park Zoo participates in, led by experts in husbandry, nutrition, veterinary care, behavior and genetics.

“Kamaria and Ilanga are still pretty young, so we want to give them a while to grow up first, but we’re hoping to have cubs sometime in the future,” said Woodland Park Zoo Mammal Curator Martin Ramirez. “For now they’re getting to know Xerxes, bonding with their animal keepers and exploring their new home on the zoo’s African Savanna.” 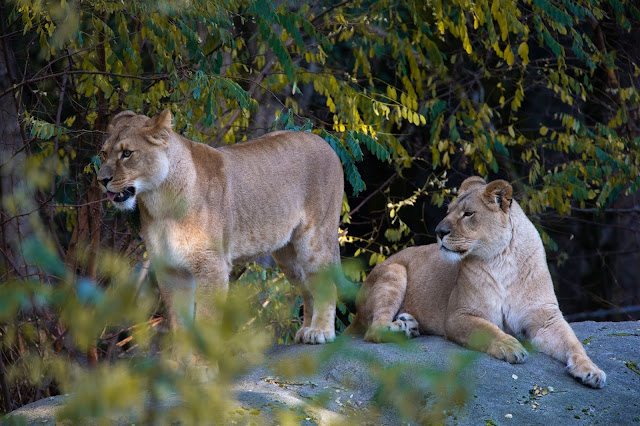 The lionesses arrived at Woodland Park Zoo earlier this month, but weren’t introduced to Xerxes until this week. The introductory process is carefully planned and managed by animal care staff, so the transition is as smooth as possible for the animals. 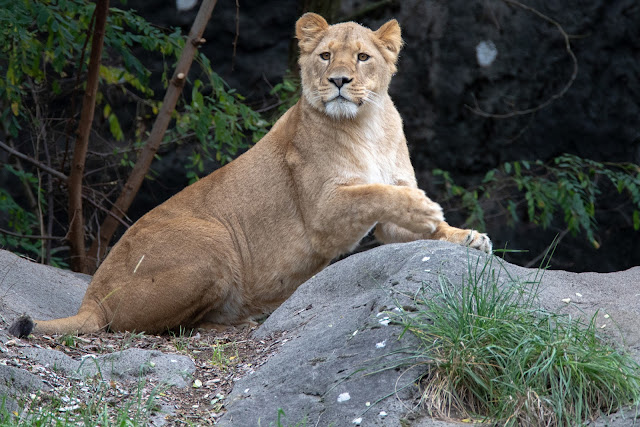 Once the sisters settled in, they were slowly introduced to Xerxes with a mesh barrier between them, under the watchful eye of keepers. Next, the sisters were introduced to their outdoor habitat on the African Savanna, but remained off view from the public. Finally, Xerxes joined them on the Savanna, and the pride of the zoo made their public debut. 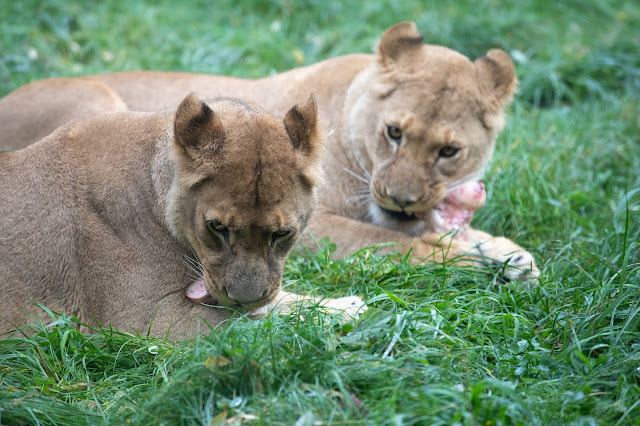 Kamaria and Ilanga’s names come from the Zulu language, with Kamaria meaning “moon” and Ilanga meaning “sun.” The sisters were named in honor of the total solar eclipse that happened shortly after their birth in July 2017.

The sisters have very similar personalities, and it can be difficult to tell them apart, even for zoo staff! They are both known to be very assertive, and they both love to eat, but Kamaria is much more affectionate than Ilanga. The main physical difference lies in their tails—Ilanga has a shorter tail, and Kamaria’s is longer with a more pronounced black tip.

The South African lion subspecies, Panthera leo krugeri, is known as the Transvaal lion; it ranges in Southern Sahara to South Africa, excluding the Congo rain forest belt, in grassy plains, savanna and open woodlands. These lions range in weight from 260 to 400 pounds. 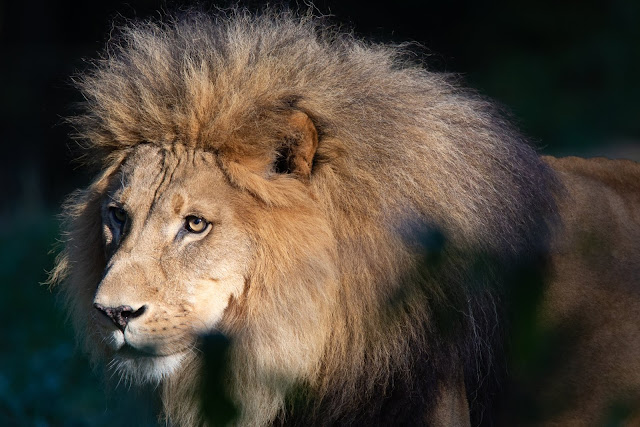 In 2015, two African lion subspecies were listed under the Endangered Species Act due to a dramatic 40% decline in the wild population over the last 20 years. It is estimated that there are between 23,000 and 39,000 African lions remaining in the wild and their future is uncertain, particularly as the growth in human population continues to impact lion populations through loss of habitat. Lions also suffer from retaliatory killing because they pose a threat to humans and livestock.

Woodland Park Zoo partners with and supports the Ruaha Carnivore Project, which is protecting as much as 10% of the remaining population of wild lions in their landscape. To help support the project, donate to the Saving Species Impact Fund or adopt a lion through the zoo’s ZooParent Adoption Program: www.zoo.org/zooparent. 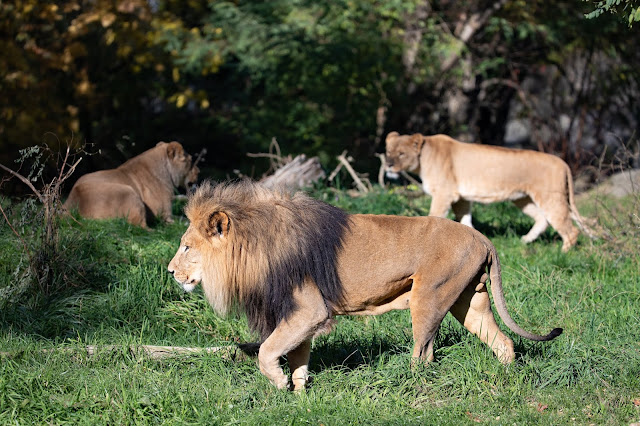 PLUGGERS said…
This comment has been removed by a blog administrator.
November 3, 2019 at 5:24 PM