A couple of weeks ago, our baby giraffe, Hasani got a new pair of custom shoes to treat congenital rear leg abnormalities. Because of significant improvements, the giraffe is now shoe-free.

Hasani was born on May 2 to mom Olivia. Immediately after his birth, the zoo’s animal health team noticed each rear foot was not in normal alignment. The condition, known as hyperextended fetlocks, is well documented in horses and has been reported to occur in giraffes. One day after the giraffe was born, the zoo’s animal health team applied casts on both rear legs to help stabilize his limbs.

The zoo’s veterinary team consulted with a Kentucky-based equine veterinarian who specializes in foot conditions. He visited the zoo to evaluate the calf, and crafted new custom shoes based on the zoo’s specifications and a modified design he has used to successfully treat numerous foals with the same condition. For the past two weeks, the shoes have been doing the heavy lifting in this phase of treatment.

Over the weekend, one of the shoes dropped off and Hasani appeared to be walking well without it so our staff did not intervene. Later this week, our veterinary staff rechecked him and removed the other shoe and cast material. “We’re pleased to report there is marked improvement in both rear limbs. Hasani’s walking well and continues to readily stand and lie down. He remains active like a calf his age should. We will continue to closely observe his gait, foot position, any limb and foot changes, energy and nursing,” says Dr. Tim Storms, associate veterinarian.

The baby giraffe continues to wear kinesiology tape to help stimulate and support his leg muscles. “If his condition regresses, we’re prepared to outfit him with another pair of shoes but we’re optimistic we won’t have to. So far he’s showing remarkable progress,” adds Storms.

Hasani made his debut to zoo visitors a couple weeks ago. Since then, he has been introduced to Tufani, his aunt. He can be seen in the outdoor corral with his mom and aunt on a daily basis. “We don’t have an established viewing schedule yet because Hasani and mom still have the choice to go into the barn for nursing and naps. He’s most active in the mornings prancing and galloping around, which is great exercise for him,” says Martin Ramirez, mammal curator. Staff are targeting next week to start introducing Hasani to his dad, Dave.


Other than the abnormalities in his rear legs, the nearly 1-month-old giraffe remains in good health and is nursing and bonding with mom. “Hasani is curious and active, and loves spending time outdoors. We’re seeing him nibbling on plant leaves and stems, and sampling hay and salt lick but he primarily relies on mom for his nutritional needs,” says Katie Ahl, a lead animal keeper.

Hasani weighed 155 pounds at birth; he hasn’t been weighed in a couple of weeks but is estimated to currently weigh more than 200 pounds!

Hasani's parents, Olivia and Dave, were paired under a breeding recommendation made by the Giraffe Species Survival Plan, a cooperative, conservation breeding program across accredited zoos to help ensure a healthy, self-sustaining population of giraffes.

Woodland Park Zoo participates in 111 Species Survival Plans, overseen by the Association of Zoos & Aquariums. Led by experts in husbandry, nutrition, veterinary care, behavior, and genetics, these plans also involve a variety of other collaborative conservation activities such as research, public education, reintroduction and field projects.

Giraffes are widespread across southern and eastern Africa, with smaller isolated populations in west and central Africa. New population surveys estimate an overall 40 percent decline in the giraffe population; fewer than 100,000 exist today. Of the currently recognized subspecies of giraffe, five have decreasing populations, while three are increasing and one is stable.

Giraffe enthusiasts can stick their necks out for giraffes and help support conservation efforts by visiting Woodland Park Zoo and supporting the Wildlife Survival Program, which includes the Giraffe Conservation Foundation. The Foundation seeks to provide the first long-term ecological monitoring effort of the Angolan giraffe—an important desert-dwelling giraffe subspecies in north-western Namibia. Visit http://www.zoo.org/conservation to learn more about the zoo’s conservation partnerships taking place in the Pacific Northwest and around the world. 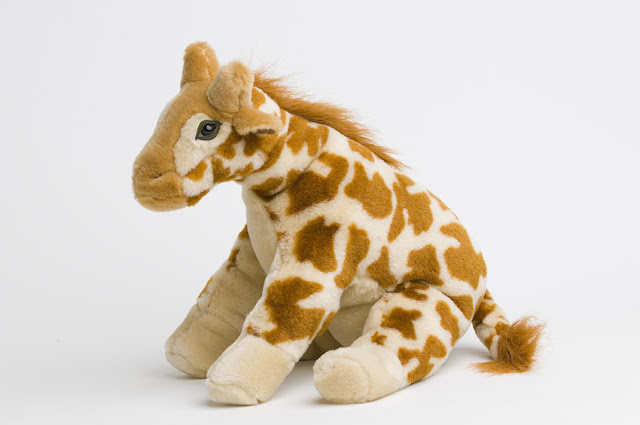 Help us celebrate Hasani's progress by adopting a ZooParent in his honor. Adopt now and help fund wildlife conservation programs and the daily care and feeding of our baby giraffe, mom Olivia and all zoo inhabitants. Visit www.zoo.org/zooparent to adopt today!