Zoo and biologists get turtles ready for release to the wild


On July 12, more than 45 endangered Western pond turtles were weighed, measured and marked for identification in preparation for being released to the wild at protected sites in Washington.

Under the Western Pond Turtle Recovery Project, the turtles were collected from the wild as eggs and given a head start on life under the care of Woodland Park Zoo to improve their chance of survival in the wild.

Unlike wild turtles, they are fed at the zoo throughout the winter so that by summer they are nearly as big as 3-year-old turtles that grew up in the wild.

In 1991, only about 150 Western pond turtles remained in two populations in the state of Washington and the species nearly became extinct. In 1993, the state listed the Western pond turtle as endangered. Today, thanks to collaborative recovery efforts over the last 27 years, more than 1,000 thrive at protected sites.

Over the last several years, an emerging shell disease affecting 29 to 49 percent of the wild population threatens decades of recovery progress. Known to cause lesions in a turtle’s shell, severe cases can lead to lowered fitness and even death. Chicago’s Shedd Aquarium and the University of Illinois at Urbana-Champaign have joined the recovery efforts by collaborating to better understand the disease. The aquarium and university are looking at the disease from a microbial and pathological perspective to better understand its origin and the role environmental factors could play. The goal is to give young turtles a better chance at survival in the wild. 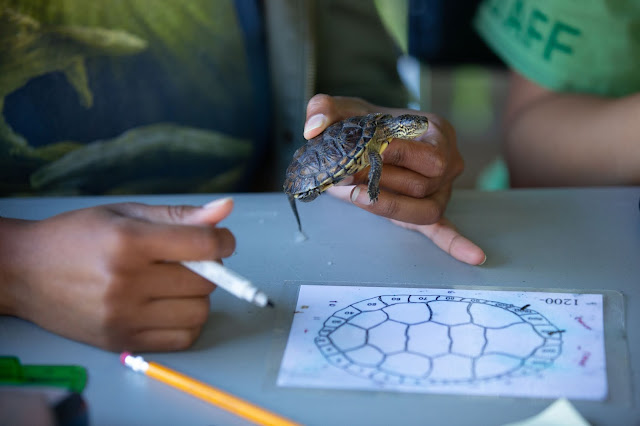 Woodland Park Zoo and Oregon Zoo are working with Washington Department of Fish and Wildlife and other partners to address this urgent situation: studying the disease, treating severely diseased turtles, and providing overwinter care for turtles to allow their shells to heal before they are released back into the wild. After the treated turtles are released, WDFW monitors the turtles to determine if they remain healthy and are able to reproduce normally in the wild.

The Western pond turtle once ranged from Washington’s Puget Sound lowlands, southward through Western Oregon and California to Baja California. By 1990, their numbers plummeted to only about 150 Western pond turtles in two populations in the state of Washington. These last remaining individuals struggled for survival as they battled predation by the non-native bullfrog, disease and habitat loss. A respiratory disease threatened the remaining turtles and biologists could not find evidence confirming hatchling survival. 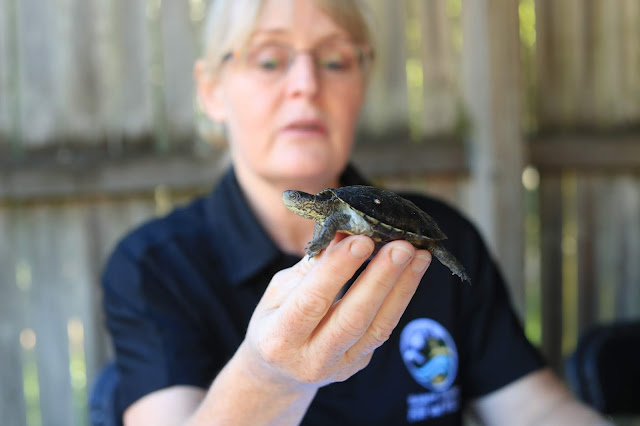 In 1991, Woodland Park Zoo and Washington Department of Fish and Wildlife (WDFW) joined forces to recover Western pond turtles by initiating a head start program. In 1999, Oregon Zoo joined the recovery team and, over the years, other nonprofits, government agencies and private partners have contributed to the multi-institutional conservation project. In 27 years, self-sustaining populations have been re-established in two regions of the state: Puget Sound and the Columbia River Gorge. More than 2,100 turtles have been head started and released, and surveys indicate that more than 1,000 of the released turtles have survived and continue to thrive at six sites.

Each spring, WDFW biologists go in the field to attach transmitters to adult female Western pond turtles. They monitor the turtles every few hours during the nesting season to locate nesting sites and they protect the nests from predators with wire exclosure cages. A portion of the eggs and hatchlings are collected and transported to Woodland Park and Oregon Zoos where they can grow in safety. 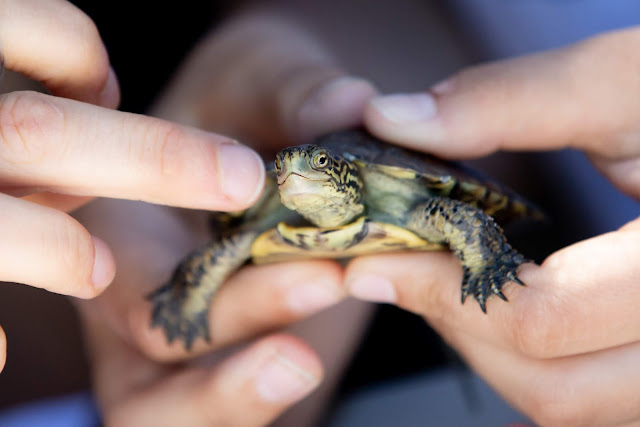 While slowly making its way toward recovery, the Western pond turtle population still faces threats such as the loss of suitable habitat, invasive bullfrog predation and disease. The Western pond turtle is one of 19 species that are part of the Association of Zoos & Aquariums’ (AZA) SAFE (Saving Animals From Extinction) initiative, which focuses on the collective expertise within AZA’s accredited institutions and leverages their massive audiences to save species. AZA and its members are convening scientists and stakeholders to identify the threats, develop action plans, raise new resources and engage the public.