Philanthropy is sweetness for the soul: Remembering Floyd Udell Jones 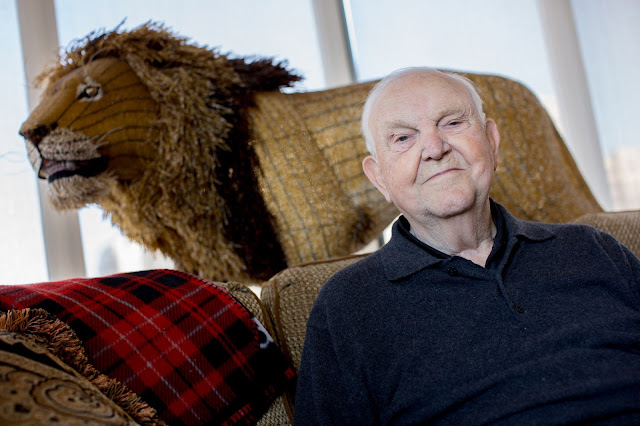 Goldie stood to the right upon entering Floyd’s sitting room.

He had a place of honor right behind a sofa on a small platform by the window.  Goldie the lion sculpture was purchased on a trip to South Africa Floyd took with his companion, Alene Moris, a number of years ago. The purchase was a quick decision, something for which Floyd was well known, on a side trip during a delay en route to the airport. Floyd was taken with the beauty of the lion, a piece of incredible artwork composed of thousands of tiny gold beads in intricate handiwork. Goldie served as a reminder of the safari they took and the extraordinary memories of seeing lions in their wild habitat. Floyd was keenly aware that most people will not have the chance to see the majestic, awe-inspiring lions in Africa as he did, and wanted them to be able to see them up close at the zoo. “I didn’t get the chance to go to the zoo as a child, so I want to make it possible for as many children as I can to be able to go”.

As a child in Missouri in the 1920s and 30s working in the cotton fields as the son of a sharecropper, making learning a priority was not easy. Floyd credited a number of people in his life who encouraged him to pursue his education. Floyd’s mother was an immense influence in this area, inspiring him not to give up. A special teacher in high school was also a keen motivator for Floyd. She made it her mission to teach the children from his rural community about the arts and literature. Even though this was not something many of his peers could utilize at the time, she was convinced that all children, no matter what their circumstance, should be exposed to all types of books and poetry. In many different ways, this made a lasting impact on Floyd.

Although Floyd took his career in a different direction, making finance and trading his lifelong work, he was always drawn to the written word. “I learned that you can say a lot with few words, and this was very valuable.” From writing an artful corporate letter to his own personal poetry, Floyd found great pleasure in delivering a message in this way. “I began writing poems for people and they seemed to enjoy them.” Tributes to his colleagues, friends, family and his beloved wife, Delores, became a passionate pastime for him. “I always asked Delores if she approved of my poems before I sent them off, and she always said yes!”

Upon moving to Seattle in 1953, Floyd and Delores lived right across the street from Woodland Park Zoo, where they were residents of the Phinney Ridge Apartments. “We’d hear the animals making all kinds of noises, they were our next door neighbors” he remembered. Floyd worked at the Boeing Company as a returning serviceman in the evenings and studied at the University of Washington during the day while Delores worked as a social worker. Balancing full-time work and school was very demanding for Floyd and Delores one day suggested to him that he quit his job and focus solely on his studies while they lived on her earnings. “This was the greatest gift she could have ever given me,” Floyd said. “Immediately, I was able to focus more and my grades went up!” Floyd went on to become extremely successful in the financial management field, landing his first post-college job at the Tacoma office of Dean Witter & Co.

“Against all odds, I’ve lived the American dream, you could say.” Floyd lived well, indeed. As many people helped Floyd along his path, he felt that he wanted to do the same. He intended to leave legacy gifts to a number of Puget Sound organizations including KCTS Public Television, Hopeworks, the Nordic Heritage Museum, Virginia Mason, Youthcare and Woodland Park Zoo. “I want to do the most good in the community as possible and make it better for all.”  Floyd’s good friend, Pamela Eakes, saw this firsthand. “Floyd knew what it’s like to be poor and he knew what it’s like to have dreams. He wanted all children to be able to have hope and dreams to aspire to, and believed this can start with something like a trip to the zoo. This will be his legacy.”

As our recent visit was coming to an end, I had one last question for Floyd. What does philanthropy mean to you today? Without missing a beat and with a tear in his eye, “philanthropy is sweetness for the soul,” Floyd said.

I couldn’t agree with you more and by the way, we all think you were a pretty sweet guy yourself, Floyd. On behalf of the 1,200 animals and millions of children who will benefit from your kindness, it’s our great honor to help bear your legacy. 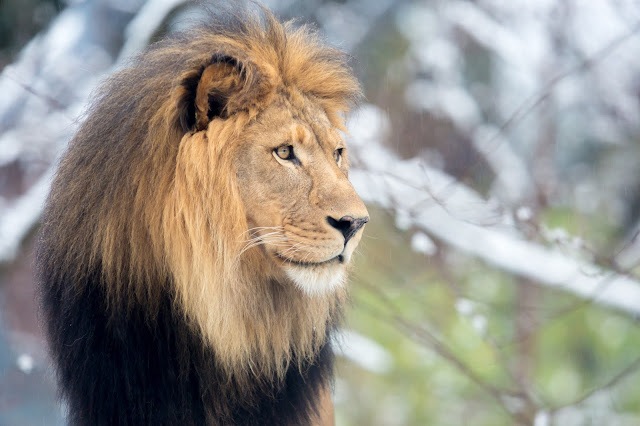