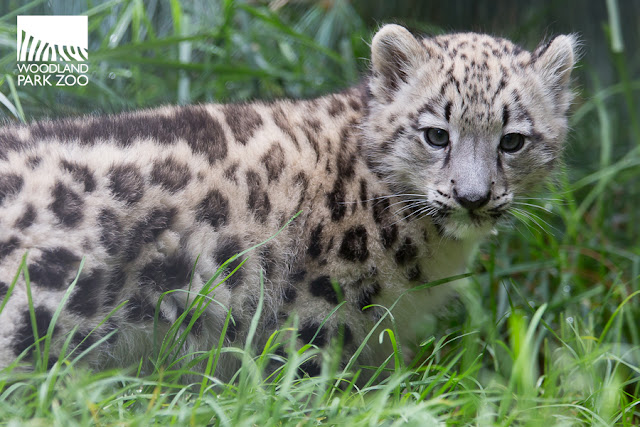 You can add one more outdoors enthusiast to the lineup of PNW adventurers—Aibek took to climbing, pouncing and stealthily sneaking through the outdoor snow leopard exhibit this morning for the first time. The 2 month old male snow leopard was so eager to explore his new digs that he actually beat mom out the door, but Helen was close behind the little explorer to keep an eye on him. 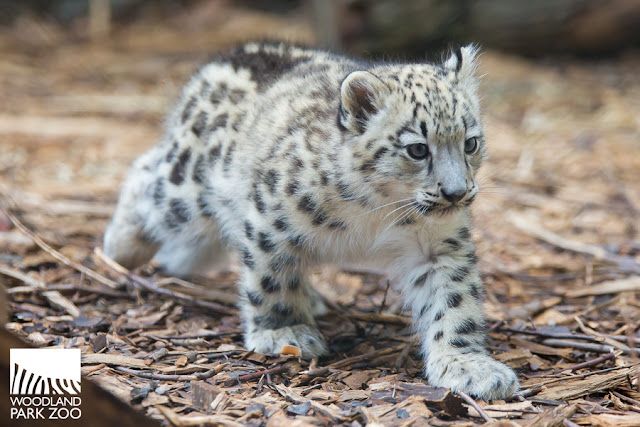 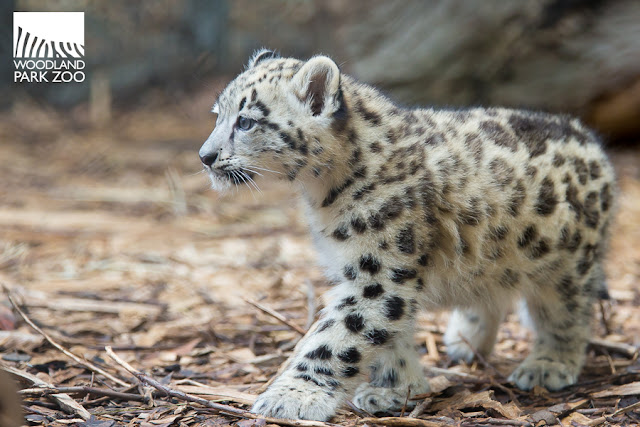 Prior to Aibek's first morning in the September drizzle, keepers weighed the cub (10.2 lbs.) and fed him a few meaty snacks. Keepers also sprayed a bit of cologne on branches and logs in the exhibit to entice mom, Helen. A meat treat was another incentive to head into the yard. Aibek has been eating mostly solids, although he is still nursing. 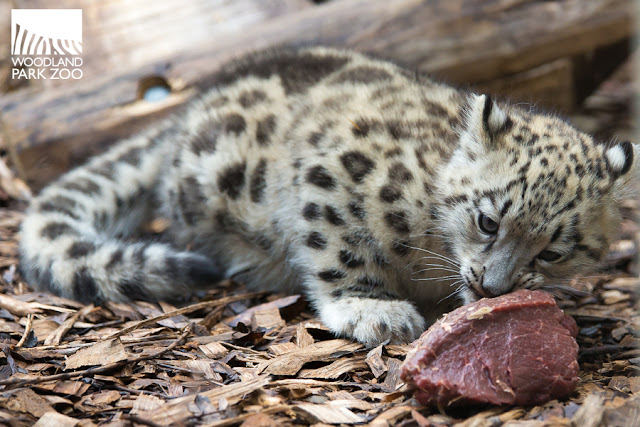 During his first outdoor exploration, Aibek took his time sniffing around the grasses and pine trees and then made his way to the top of the rocky hill—and just like his parents—promptly found a spot that was nearly out of sight. Snow leopards are extremely elusive and are nicknamed ghost cats, since they are so difficult to spot in the wild. Aibek already has a perfectly camouflaged coat, which would keep the little cub safe in the snowy mountains. He also has some pretty stealthy moves for a 2 month old, even Helen has to stay vigilant to keep him in her sight.

Aibek is the first single cub to be born at Woodland Park Zoo, usually snow leopards have a litter of two or three cubs at a time. Keepers say that because of this, Aibek might be a bit more timid when it comes to exploring new spaces, but so far the little guy has shown us he is fairly confident in the outdoors. Helen is an experienced mom, so keepers say they have full confidence in her ability to keep Aibek safe. 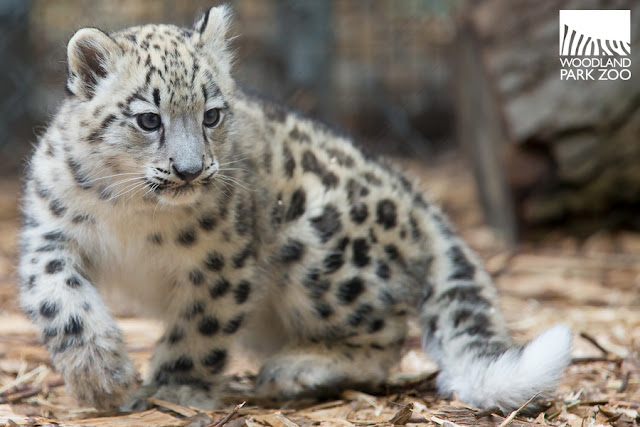 The cub was born July 6 and is the first offspring between mom Helen and dad Dhirin (pronounced as did-in), both 12. While Aibek will stick close to mom, Dhirin is in a separate yard since male snow leopards are solitary creatures.

For the last few months, Aibek and Helen have been bonding in a quiet, off-view area where keepers can perform wellness checks and make sure the pair is healthy and comfortable, but now that Aibek is ready, keepers will give them the option of shifting into the exhibit yard from noon–3 p.m. each day. (Just remember, cats will be cats and it's up to Helen and Aibek to choose whether they will stay hidden in their cozy den or play front and center.)

Snow leopards are listed as a vulnerable species. The snow leopard is a moderately large cat native to the high mountain ranges of Central Asia and Russia, including in Afghanistan, China, India, Kyrgyzstan, Mongolia, Nepal and Pakistan. According to the Seattle-based Snow Leopard Trust, the population of these endangered big cats in the wild is estimated to be between 3,920 and 6,390.

Woodland Park Zoo has long been a conservation partner with the Snow Leopard Trust (SLT); the two organizations are partnering with Kyrgyzstan's State Agency for Environment Protection and Forestry to protect the snow leopards of the Tian Shan mountains. Research cameras set up in the Sarychat Ertash reserve allow researchers to monitor the area's snow leopard population, which they estimate to be around 18 cats. Through innovative programs, effective partnerships, and the latest science, the SLT is saving these vulnerable cats and improving the lives of people who live in the snow leopard countries of Central Asia.

Courtenay said…
OMG what an incredibly adorable little fellow! So pleased that the snow leopards have been moved from endangered to threatened but we still have work to do to ensure this species continues to grace us with their presence.
September 19, 2017 at 6:08 PM