Oops, snow leopard cub is a boy, not a girl

After a closer look, it turns out our 1-month-old snow leopard is a boy, not a girl as reported two weeks ago during a quick neonatal exam. At a follow-up exam with veterinarians today we, uh, uncovered the truth. Sometimes determining the sex of young animals, particularly cats, can be more of an art than a science.


“Male or female, we’re pleased our cub remains in a healthy condition. Both eyes have opened and he weighed in today at 4.2 pounds, a healthy weight for his age,” said Dr. Darin Collins, Woodland Park Zoo’s director of animal health. Veterinarians will continue to administer health exams every few weeks until he’s about 16 weeks old for weight monitoring, vaccinations, and critical blood and fecal sampling, explained Collins. The check-ups are a part of the zoo’s exemplary animal welfare program to ensure each animal receives optimal health care.


The new cub was born July 6 and is the first offspring between mom Helen and dad Dhirin (pronounced as did-in), both 12. Helen has had two previous litters with a different mate. Mom and cub remain in an off-view maternity den to ensure continual bonding and proper nursing in a quieter setting while staff watch the new family on a closed-circuit monitoring system. Cubs are born helpless, with their eyes closed; for several weeks they rely on their mothers for nutrition. To minimize disturbance, staff have minimal physical contact with the new family. Since snow leopards are solitary animals in their natural range, the father lives separately from the cub and can be seen by guests in the zoo’s snow leopard exhibit.

We anticipate putting the cub with mom in the outdoor, on-view exhibit in late September.

Look for a naming poll coming later this month, to be launched at our Wild Asia: Asian Wildlife Conservation Day on August 12. Join us for the day and learn more about these elusive, beautiful cats and how to protect them.

“Mom is providing excellent maternal care for her cub, just like she did with her other cubs,” said Deanna DeBo, an animal collection manager at Woodland Park Zoo. “The cub is gaining more mobility each day in the den box and is using his legs instead of crawling or scooting.”

Parents Helen and Dhirin were paired under the Snow Leopard Species Survival Plan, a conservation breeding program across accredited zoos to help ensure a healthy, self-sustaining population of snow leopards. Helen has lived at Woodland Park Zoo since 2008 and Dhirin arrived from Oklahoma City Zoo in 2014.

Snow leopards are an endangered species. The snow leopard is a moderately large cat native to the high mountain ranges of Central Asia and Russia, including in Afghanistan, China, India, Kyrgyzstan, Mongolia, Nepal and Pakistan. According to the Seattle-based Snow Leopard Trust, the population of these endangered big cats in the wild is estimated to be between 3,920 and 6,390.

Woodland Park Zoo has long been a conservation partner with the Snow Leopard Trust (SLT); the two organizations are partnering with Kyrgyzstan's State Agency for Environment Protection and Forestry to protect the snow leopards of the Tian Shan mountains. Research cameras set up in the Sarychat Ertash reserve allow researchers to monitor the area's snow leopard population, which they estimate to be around 18 cats. Through innovative programs, effective partnerships, and the latest science, the SLT is saving these endangered cats and improving the lives of people who live in the snow leopard countries of Central Asia. 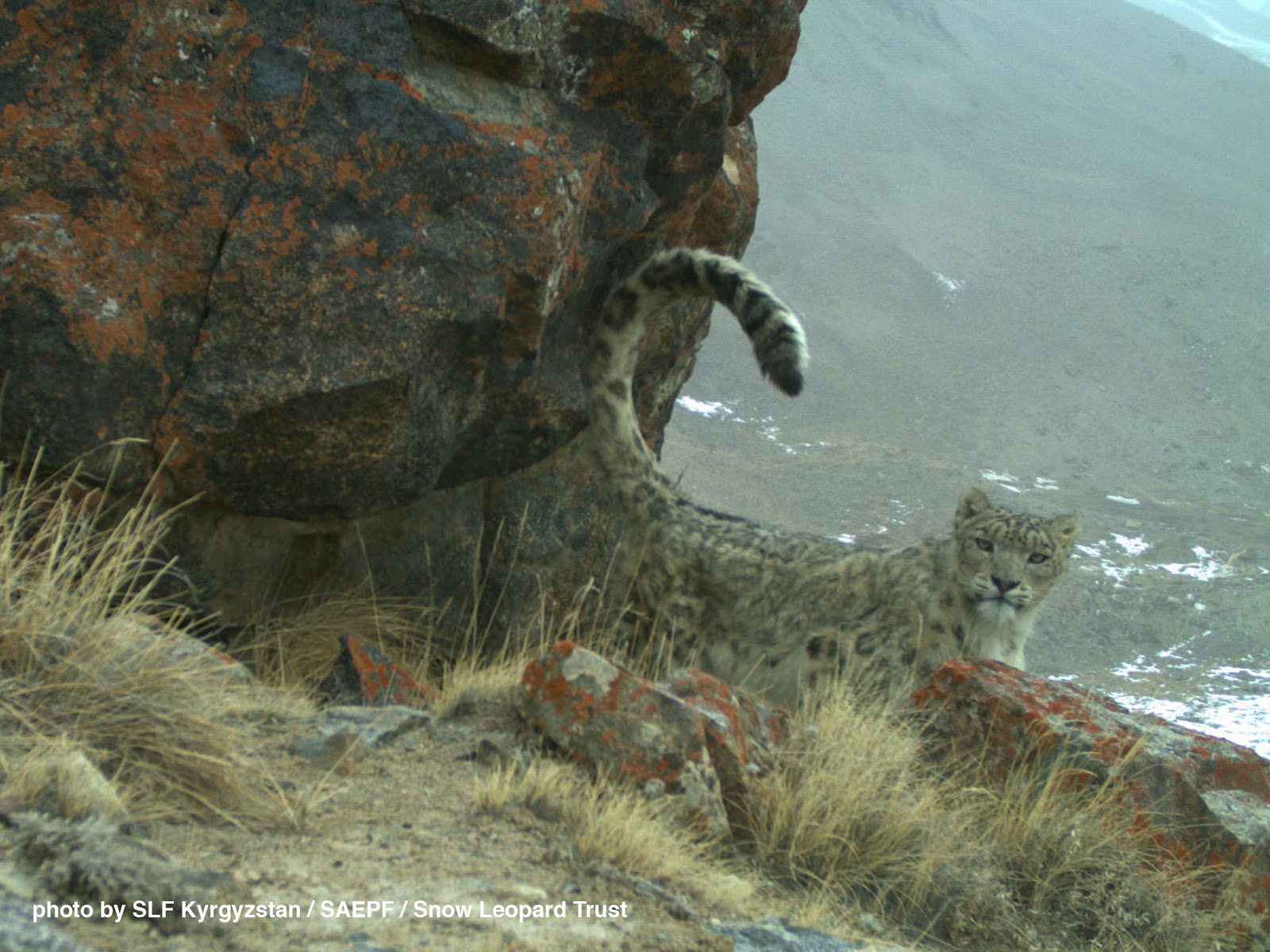 Anonymous said…
Thank you. Beautiful animals I'm glad they are being saved from extinction.
August 9, 2017 at 11:29 AM

Rottn Woman said…
Wonderful either way! AND you make me feel better about getting the gender of our baby feral kitten wrong, originally named Miss Kitty but now Jenner.
August 27, 2017 at 5:38 PM