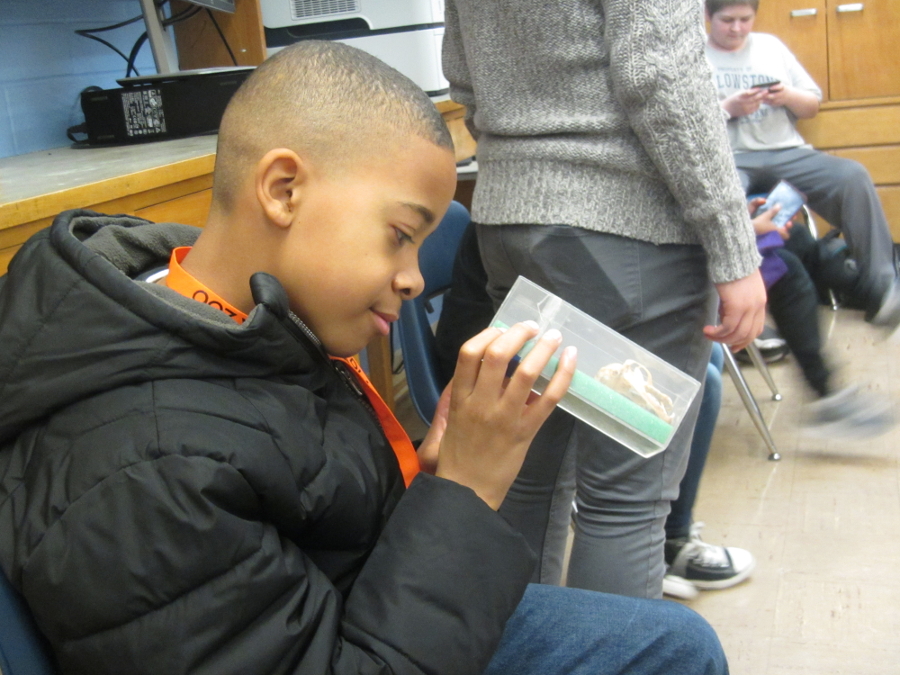 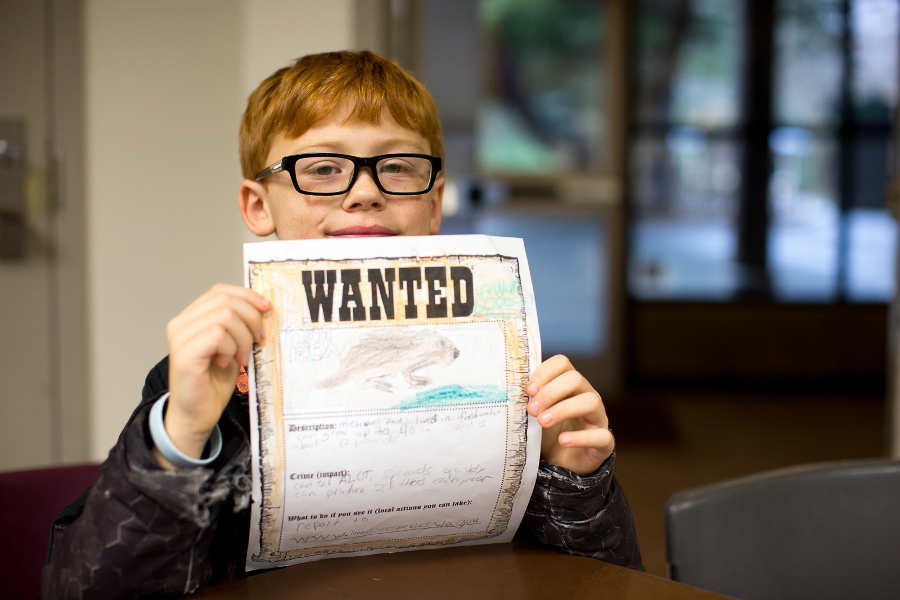 Using a combination of games, research, and some hand-crafted wanted posters, students explored the impact invasive species have both in Australasia and here in the Pacific NW. They also generated ideas on what people in our communities could do to help, and learned about advocacy strategies to get their messages out there. Of course, this was all while getting to interact with live animals and examining biofacts from Australia and New Zealand!

All of this new information was then applied to their group projects which are highlighted below: 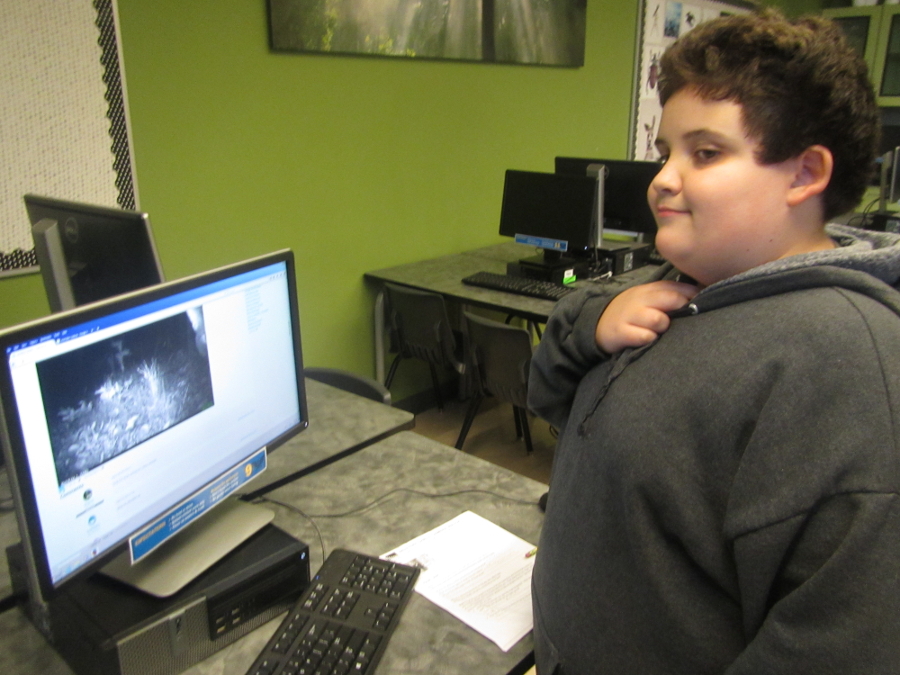 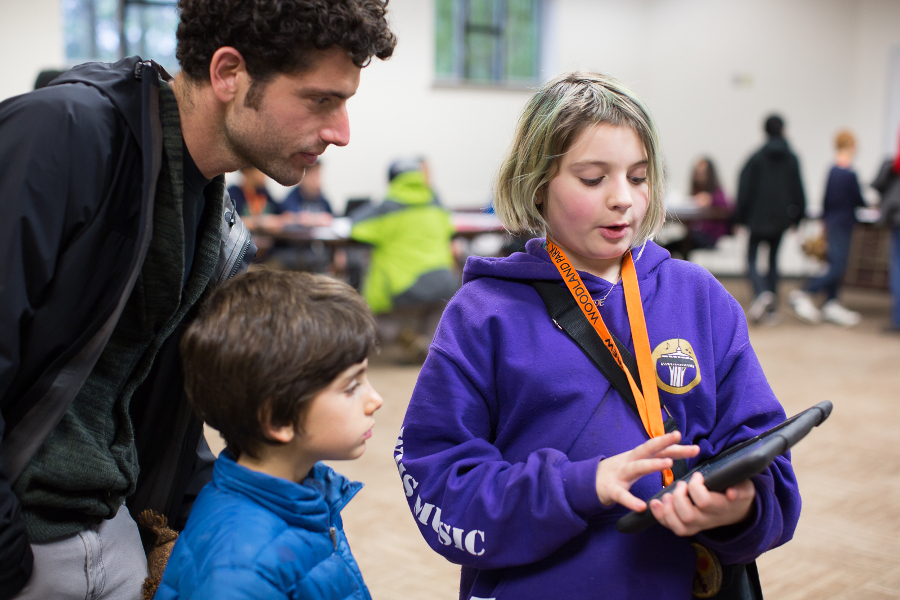 Since our focal area was Australasia, it was only fitting that students helped out with invasive species down under. The Western Shield Project is a citizen-science app that uploads pictures from camera traps set up along Western Australia. These camera traps help scientists determine the population size of both the native and invasive species in the area as well as determine if their current strategies for controlling invasive numbers are working. Given the sheer amount of pictures scientists get from these traps, participants serve as assistants to the project by identifying the species present (or sometimes not present) in each picture. Students then used posters, tablets, and handouts to teach people about what they learned and other projects that they could participate in to help as a citizen scientist including other apps supported by the same web platform. The ZooCrew students encourage you to head to www.zooniverse.org and find a project to help with! 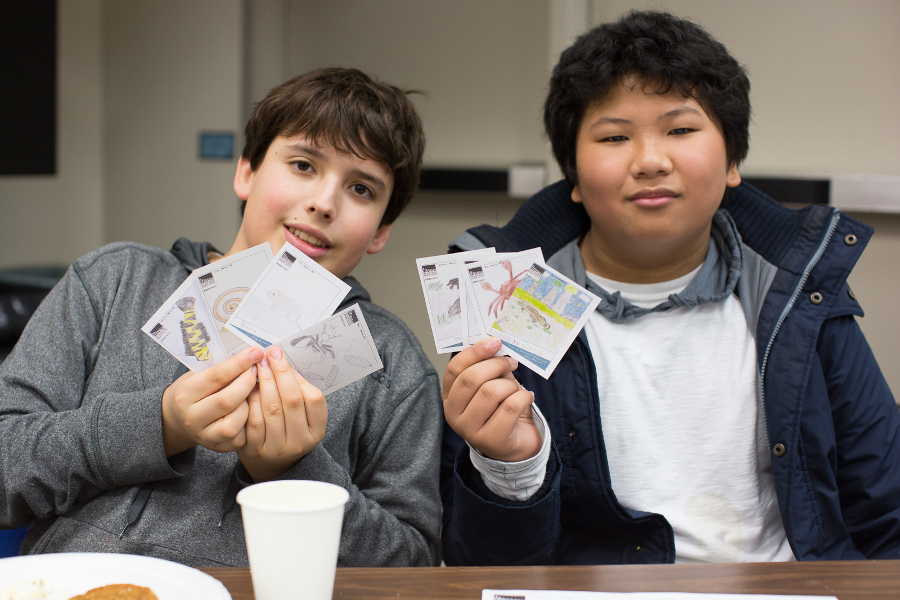 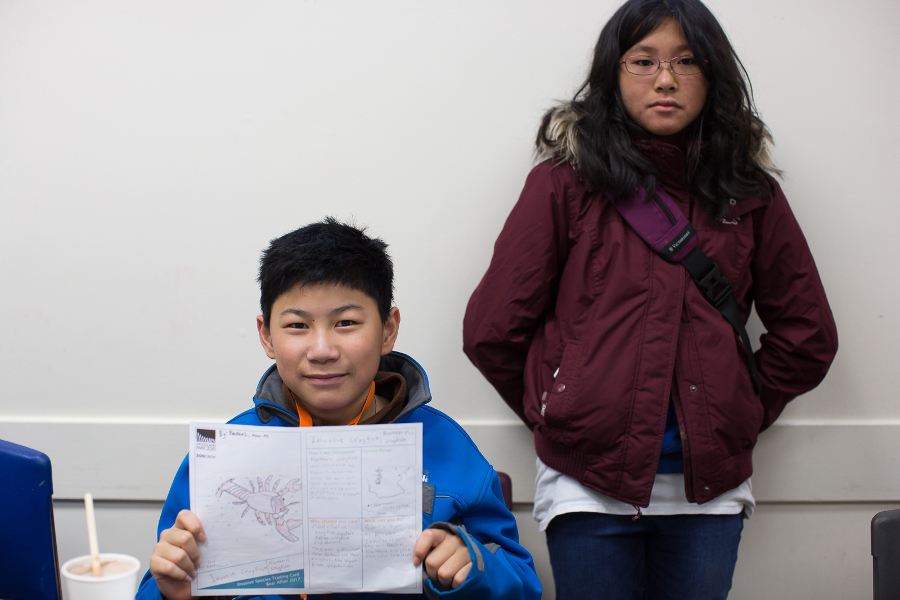 Some groups focused on invasive species closer to home while tapping into their art and research skills. Students created a series of trading cards about invasive species here in Washington with information about where you can find them, the impact they have, and what you can do to help. With a focus on local actions around local invasive species, these cards will be a great addition to Bear Affair, WPZs NW focused conservation event. Please join us on June 3rd to pick up some trading cards of your own! 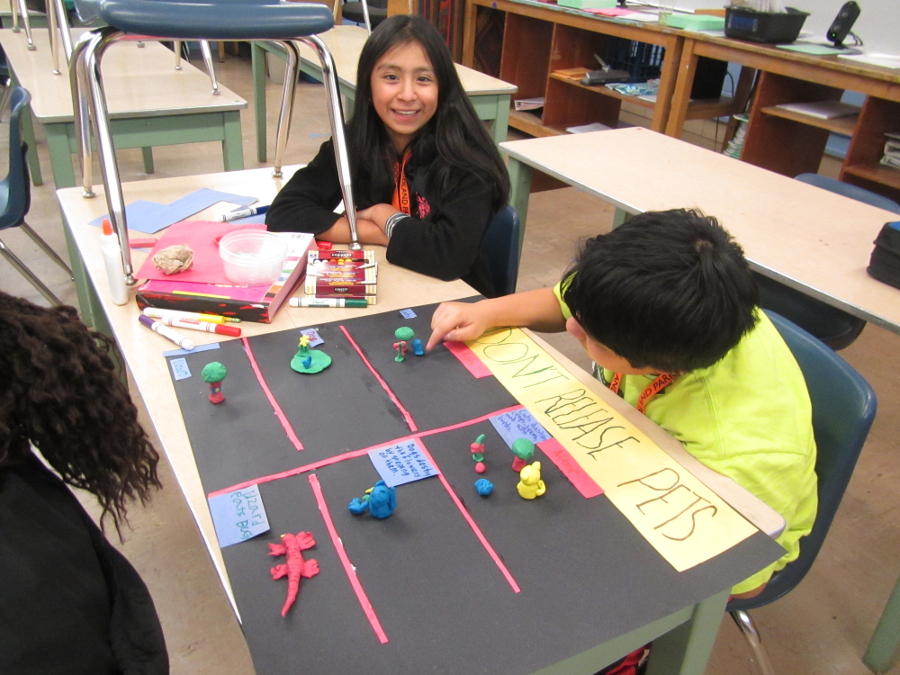 Releasing pets into the wild was an issue that caught the attention of one group, and they decided to use their creative skills to help people understand the impact these released animals can have. Using clay models, they created a series of before and after scenes to show the impact of releasing pet dogs, cats, and reptiles into the wild. 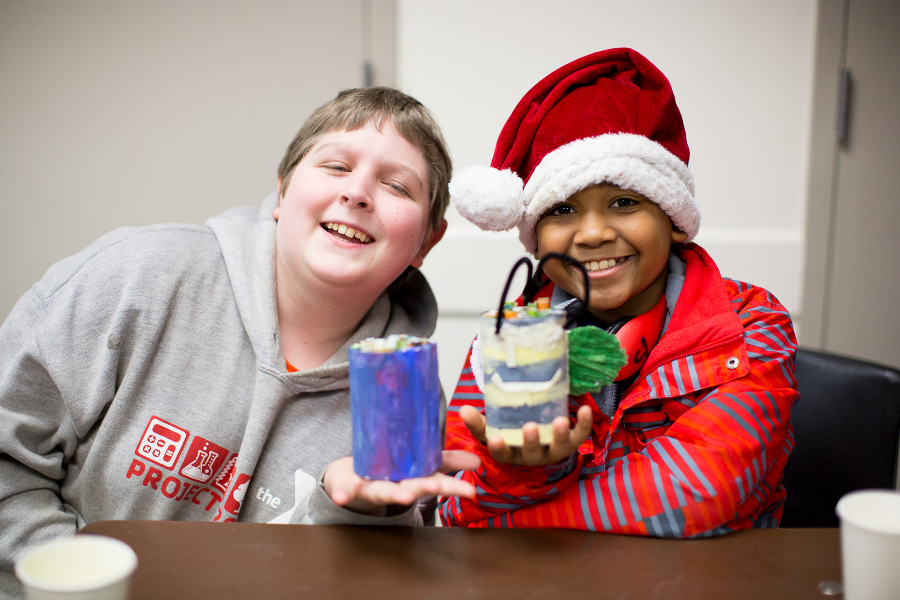 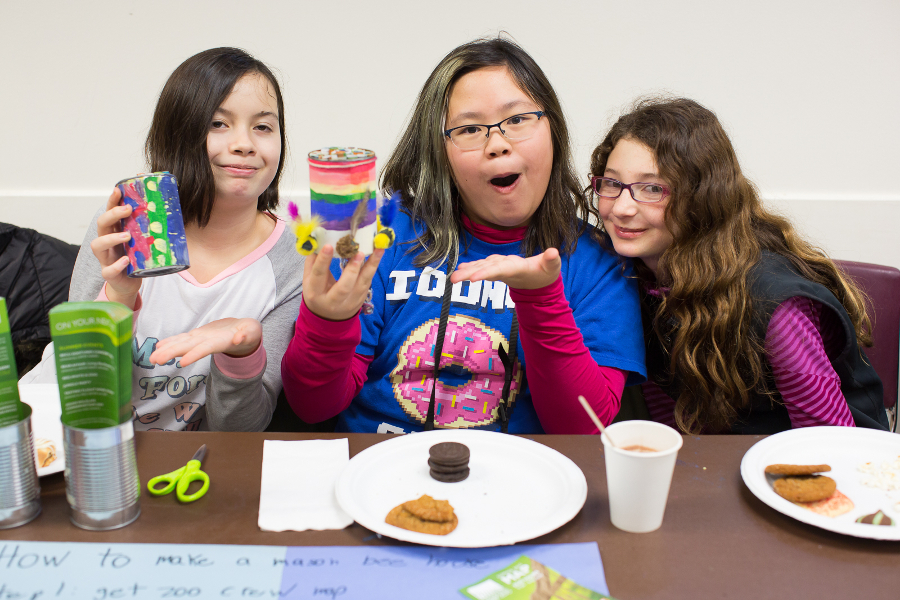 One lesson the students learned this quarter was that helping native plants and animals is sometimes one of the best ways to slow down invasive species. Many groups chose to create houses for our native mason bees and to advocate for people to plant more native flowers. Not only are mason bees important pollinators in our area, but they pollinate at different times of year than the introduced European honey bee (and are often more efficient!). Student decorated their mason bee houses, made posters to share information on mason bees and native plants, and even taught people how to build their own mason bee houses! 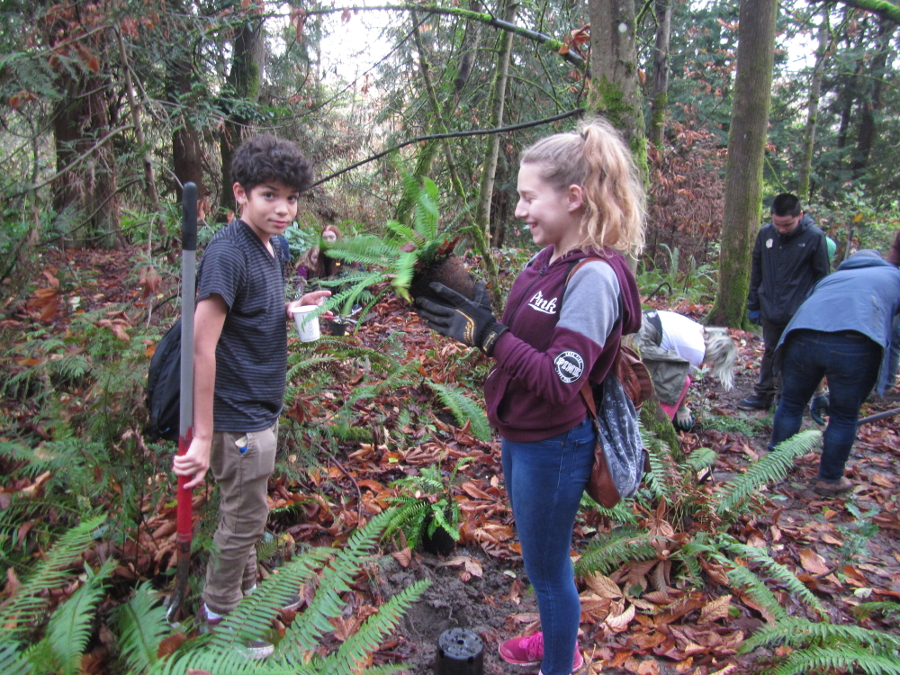 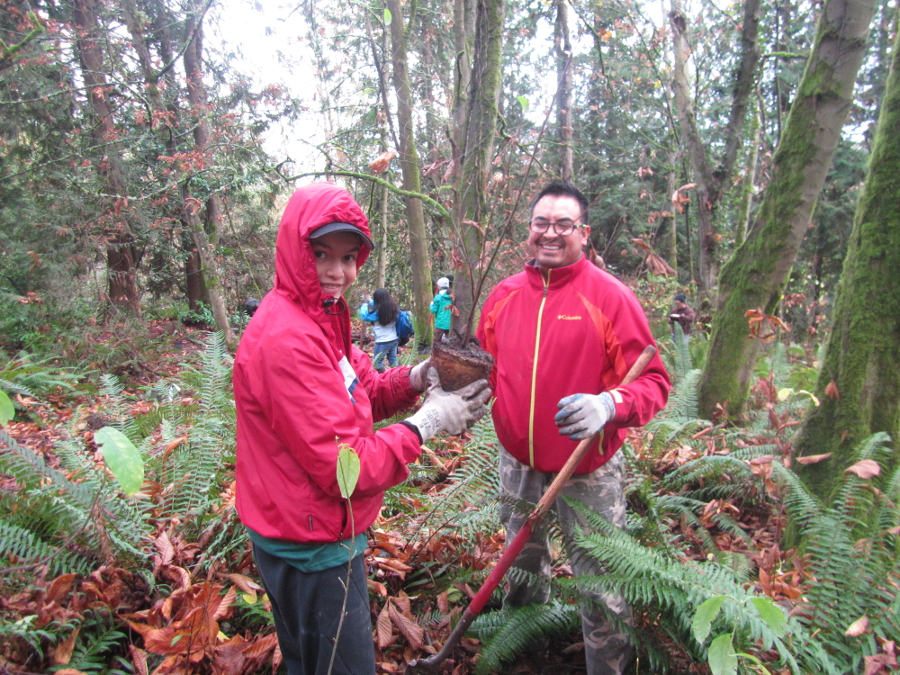 As the students learned with the mason bee projects, one of the best things we can do to deal with invasive species is help to restore habitat for native ones! In November, ZooCrew students put this into action when they participated in the Green Seattle Day restoration event at Camp Long. Despite the rain and the wind, student and their families were able to plant some trees, explore the park, and even teach some ZooCrew games to their families! 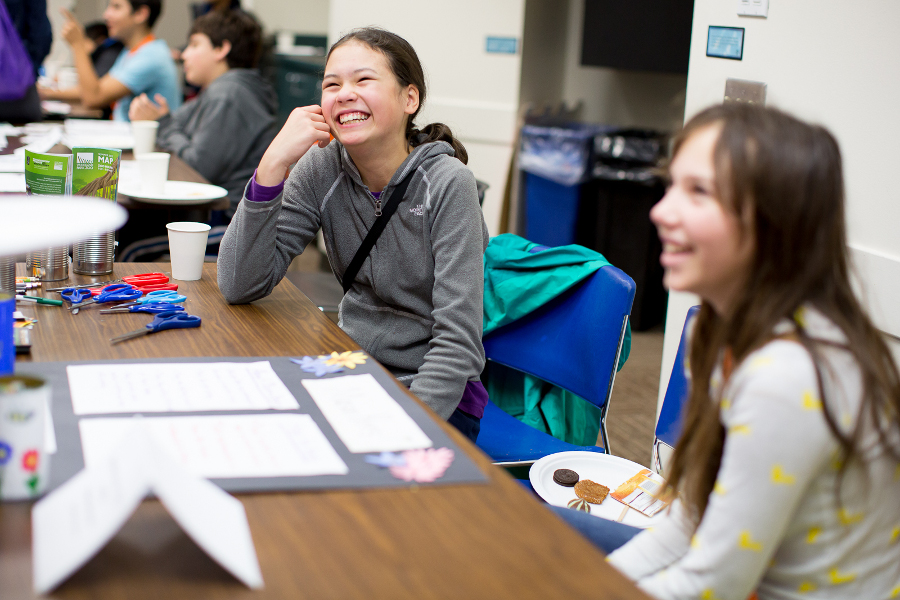 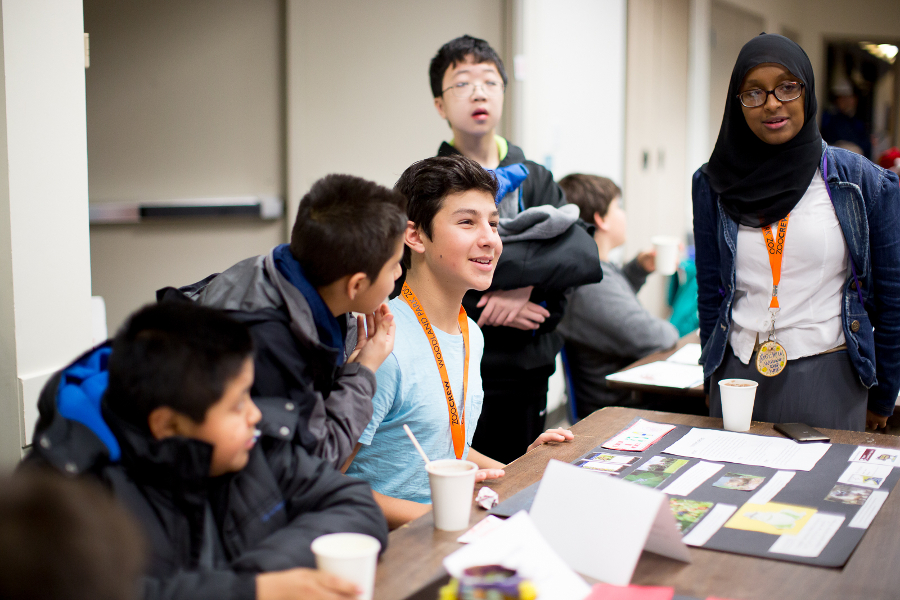 The program culminated with students and their families coming together for our trip to the zoo! Continuing the long tradition of rainy December field trips, groups brazed the weather to explore zoo grounds with the help of our ZooCorps volunteers. They also enjoyed a special talk from the zoo’s own Eli Weiss, Community Engagement Supervisor, about his time in Papua New Guinea working with our Tree Kangaroo Conservation Program partners on developing their Junior Ranger program. The day ended with our project showcase where students from all three sites showed off their projects and answered questions from parents, ZooCorps teens, and zoo staff.

As another season ends, we wanted to extend a giant THANK YOU to our wonderful ZooCrew students for all of your hard work this quarter. We are so proud of you and what you accomplished!

The zoo is committed to cultural access for all members of our community, which means zoo programs need to extend beyond zoo walls. A special thanks goes to the community partners, ZooCorps volunteers and zoo staff who fulfill that mission, and to the community at large for supporting this work.

We are looking forward to another great ZooCrew term, this time looking at deforestation in the major rain forests around the world! 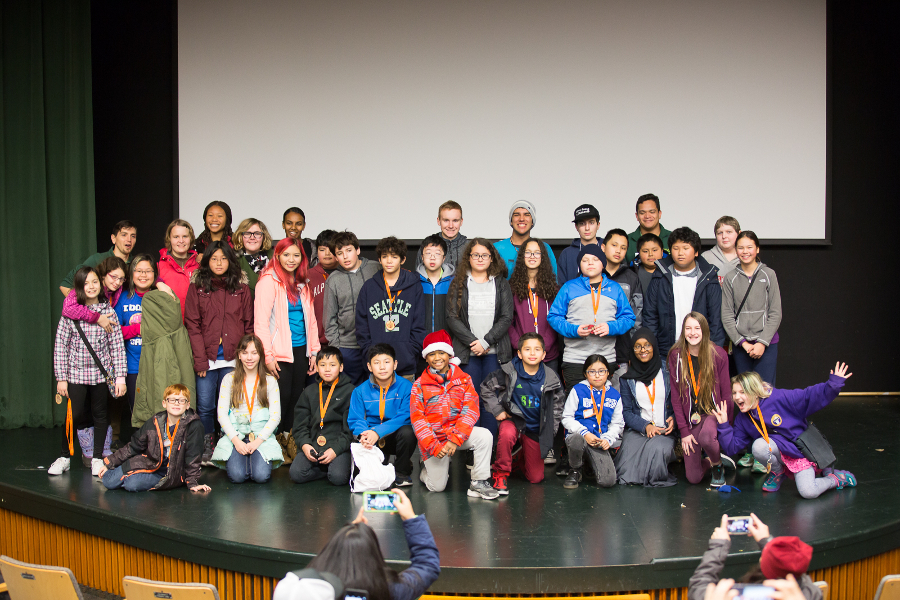