Our gift to the Internet: tiny otter pups


Congratulations to mom Teratai and dad Guntur on their third litter of pups! Four Asian small-clawed otters were born December 9, 2016, and are just now becoming more mobile and have fully opened their eyes.

Asian small-clawed otters are all about family, and the new pups are being cared for attentively by their parents and three older sisters. They are spending their time in a private den behind-the-scenes.

The whole family pitches in to raise the pups. Mom nurses the newborns and dad and siblings provide supportive care. Occasionally, the adults leave the den to go outdoors briefly, but prefer to stay indoors to focus on their pups.


Teratai and Guntur are experienced parents, and have successfully raised two previous litters. Though our keepers have a close eye on the family, we trust Teratai and Guntur to do all the work, and we remain hands off as much as possible. Next week the pups will have a veterinary exam, which will be the first time they will be handled by staff. They’ll get measured, weighed, receive vaccinations, and then get returned quickly to their family.

Asian small-clawed otters are the smallest otters among the 13 otter species. Gestation lasts 60 to 64 days. At birth, these otters weigh just 50 grams, no more than the weight of a golf ball. They have managed to reach around Beanie Babies size now. Born without the ability to see or hear, the pups depend on the nurturing care of both parents until they begin developing their senses at about 3 weeks old.


As the pups grow and become more mobile, the parents and older siblings will teach them how to swim in the safety of a tub we'll set up for them near their den. After mastering the tub, they will graduate to going outdoors where they will be taught to dive a few inches deep with their vigilant family by their side. The pups will be officially introduced to zoo-goers when they can swim and safely navigate the outdoors.

Water is such a critical part of the Asian small-clawed otter’s story. Though it’s more terrestrial than other otter species, the Asian small-clawed otter is still so dependent on access to clean, healthy waterways to survive in its native southern and southeastern Asia, including areas of India, Indonesian islands, Malaysia, Southeast Asia, Taiwan, southern China and Palawan in the Philippines. With rapidly declining habitat, range and population, the species moved from near threatened status in 2004 to the more serious vulnerable category in 2008.

They are not alone—water pollution is a cause for concern right here in Washington where river otters rely on the Green-Duwamish River that flows from pristine wildlands into major industrial centers. One of our field conservation researchers is collecting scat from otters all along this gradient to study their contaminant loads as a representation of the ecological health of the whole system. Our work depends on your sightings, so add to our Otter Spotter community map whenever you see an otter in Washington state.

In the spirit of being an Otter Spotter, here are a few more otter pup photos to stare at, back from before they officially opened their eyes. Yes, they really are that cute. If these little guys fill your heart with joy and a love for nature, you are one of us. Share with your friends and let's make the whole world smile. 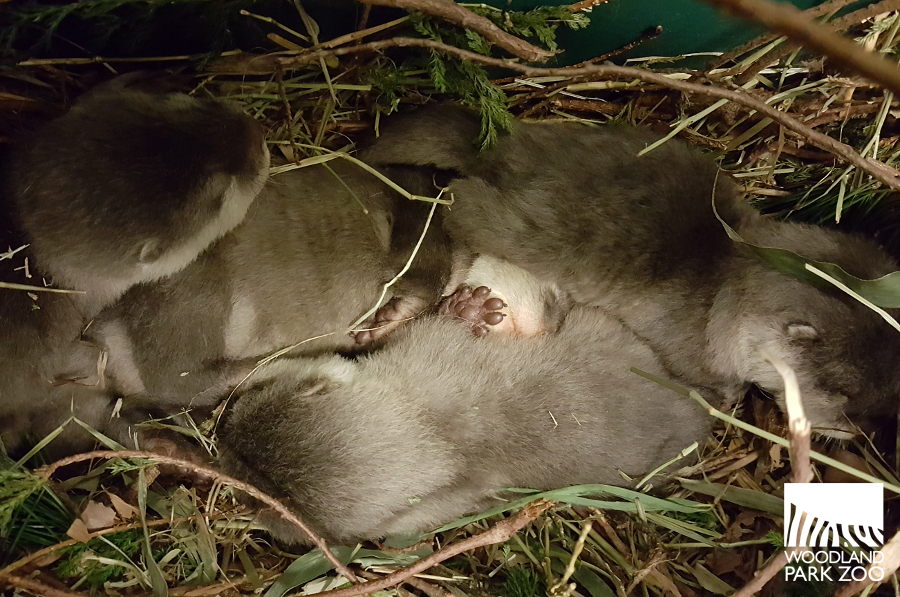 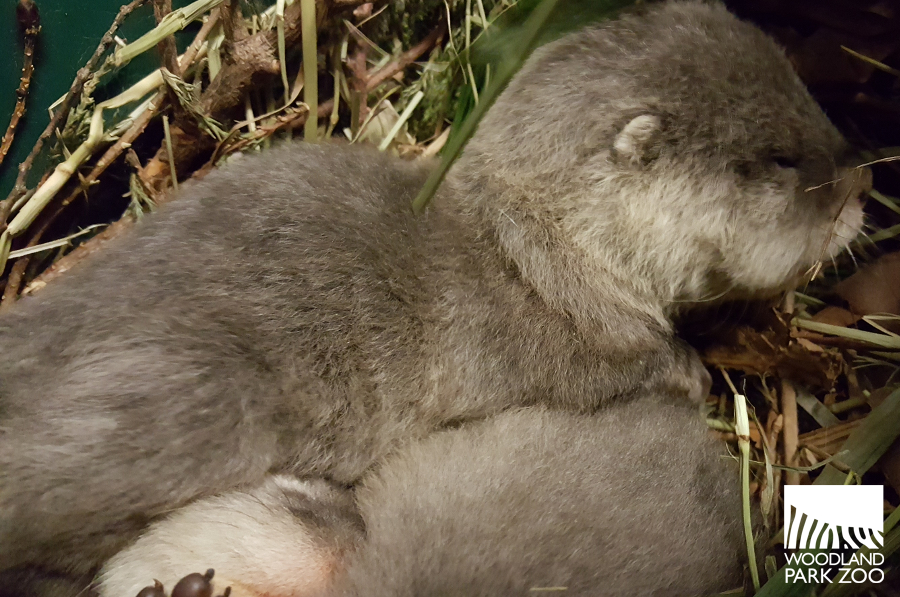 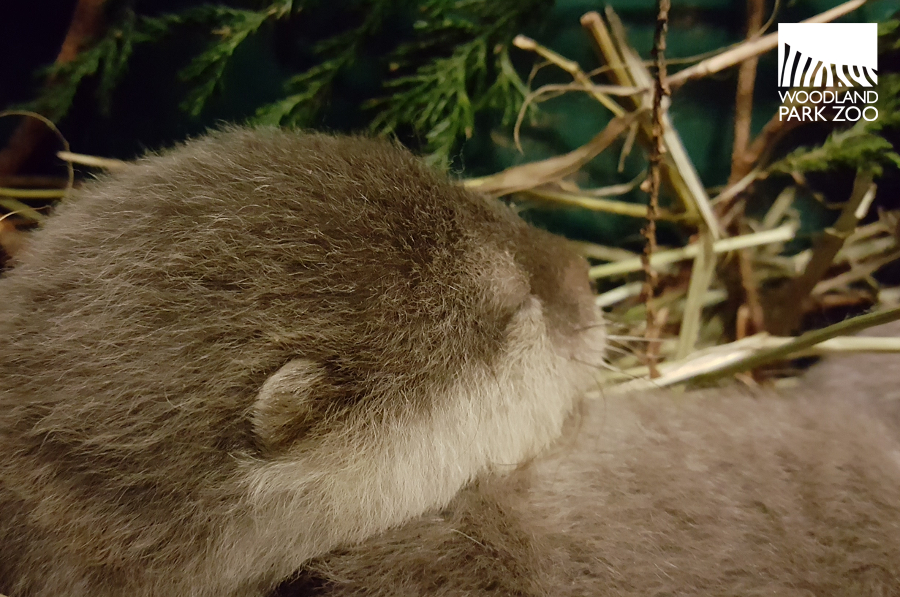 Woodland Park Zoo said…
They are living off exhibit right now while we work through the details of getting them off to a new home at another conservation zoo. They have reached the age where they are ready to leave their parents.
January 27, 2017 at 3:00 PM

Piutau said…
How many otters will remain permanently on exhibit? After the second litter was born, I was speaking to a zoo official and they told me that the zoo was planning on fixing the female to prevent future litters. Why did the zoo change it's mind? Or did the procedure fail?
January 27, 2017 at 4:09 PM

Woodland Park Zoo said…
@Piutau - Mom Teratai was previously on a hormonal suppressant. Because the oldest male siblings are at an age where they are ready to leave, we currently have a nice sized family with two generations of offspring--the new pups and their older sisters. We'll maintain this family dynamic for as long as it works for each of the otters.
January 27, 2017 at 4:54 PM