Penguin chick gets a flight-inspired name 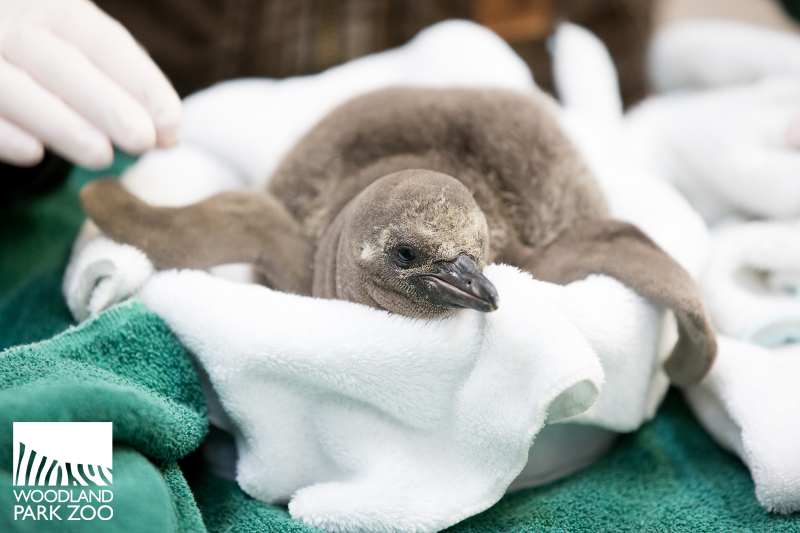 With an older brother named Eagle, it is only fitting that this year's first penguin chick—the 51st hatched at the zoo since 2010—would carry on the family tradition with a Northwest raptor-inspired name. 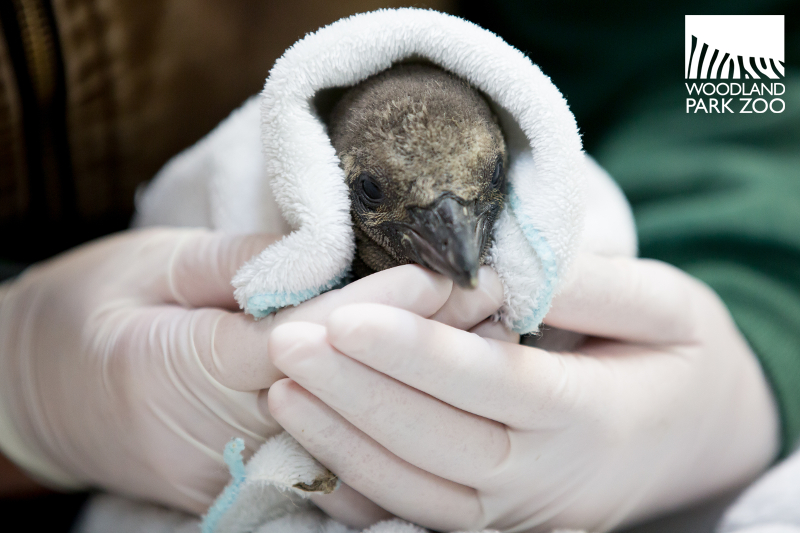 This week we asked our Facebook fans to cast their vote for their favorite name: Falcon, Hawk or Merlin. With 70% of the vote, the clear winner is Merlin, so named for the small falcon species.

The parents, 8-year-old Dora and 3-year-old Maximiliano, are providing care for the new chick and their other new hatchling who has not yet been named. If you've ever spotted the holes along the cliffs of the penguin exhibit, those are entries into nesting burrows where the parents rear their chicks.


Staff weighs the chick regularly to ensure it is achieving growth milestones, and it is clear this little one is growing quickly and right on track! 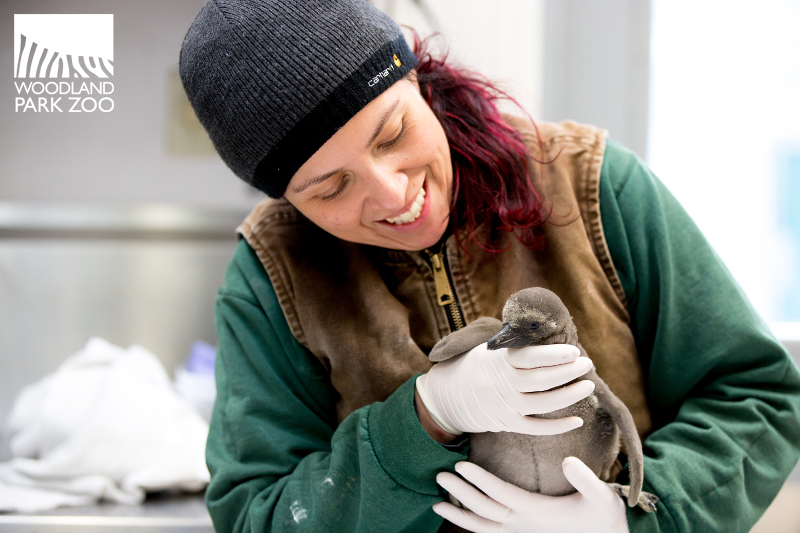 Before new chicks reach fledging age and go outdoors on exhibit, they move out from their parents' nest and begin spending their time with keepers to get the birds comfortable with feeding and daily care routines. Chicks are given round-the-clock access to a shallow pool where they can swim in a more controlled and less crowded environment as they test and build on their water skills. The new chick will join the colony of penguins in the outdoor exhibit sometime in early summer. 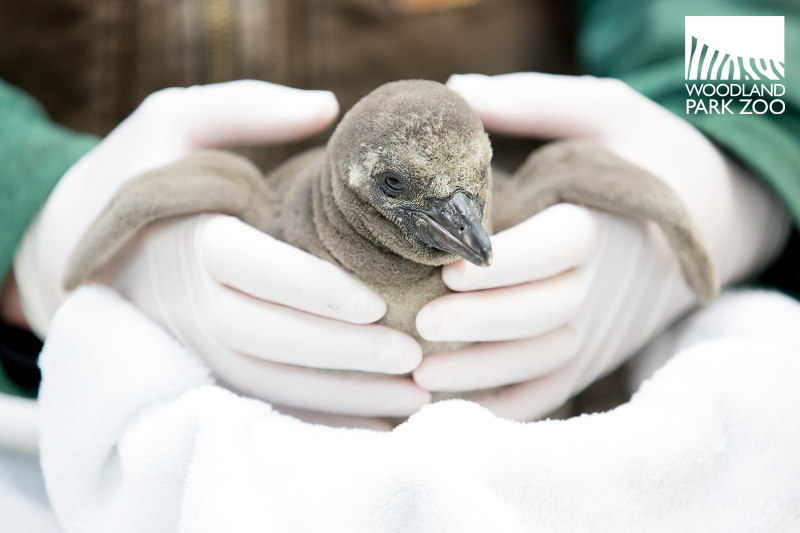 People do not usually think of penguins as a desert species. Unlike their ice and snow-dwelling Antarctic cousins, Humboldt penguins inhabit hot, dry coastlines in Peru and Chile. They live on rocky mainland shores, especially near cliffs, or on coastal islands. Humboldt penguins have a body made to swim. Using their strong wings, they “fly” underwater, usually just below the surface, at speeds of up to 20 miles per hour. They steer with their feet and tail.

It is estimated that only 12,000 Humboldt penguins survive in the wild. Woodland Park Zoo is committed to conserving Humboldt penguins and supports the Center for Humboldt Penguin Conservation in Punta San Juan, Peru through the Wildlife Survival Fund. You can join us in our commitment to penguin care and conservation by becoming a ZooParent and symbolically adopting a penguin today.

denvermajestic0 said…
I just came across to reading your blog it serve very useful information about the interiors thank u,,..