Whooo is new in Northern Trail? 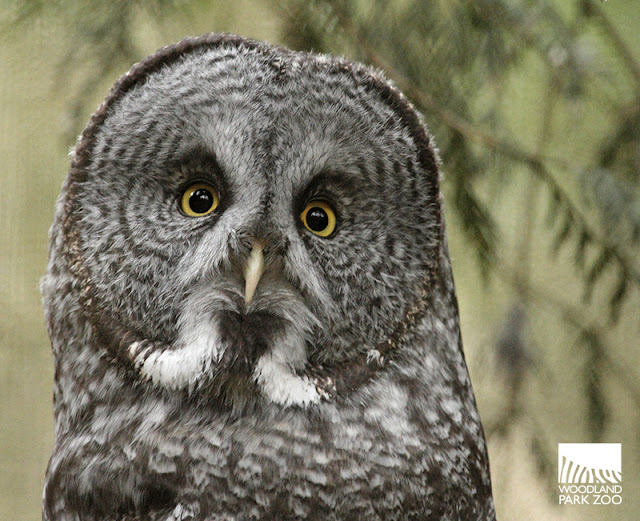 Rarely seen in the wild, great gray owls are the newest residents in Northern Trail. Often called “great gray ghosts,” “phantoms of the North” or “spectral owls,” great gray owls live up to their name. They are the largest North American owl, standing up to 2.75 feet tall. Their huge, round heads and distinctive facial disks create a most impressive appearance. However, they are not the heaviest owls; they look big but only weigh between 1.5 to 3.7 pounds. Great gray owls have extremely fluffy plumage on their head and body and densely feathered toes. The size and plumage befit a bird of the far North. The birds range throughout northern North America and Eurasia especially in dense boreal forests. Their mottled and streaked gray/brown coloration provides excellent camouflage in the trees.

Our great gray owls, Hedwig and Neville, moved from the Temperate Forest in late July and have settled into the Northern Trail. 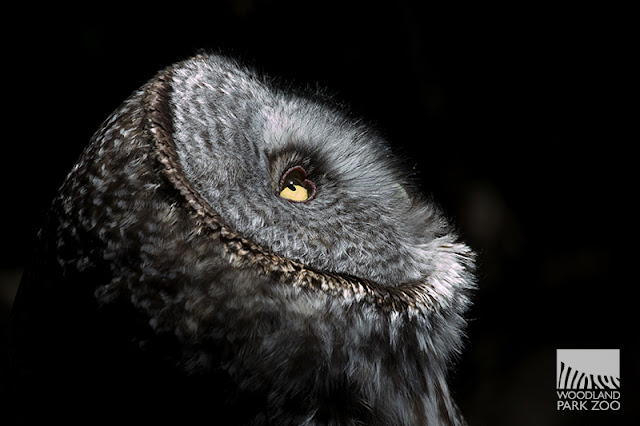 Wild-hatched in Alaska, Hedwig suffered a broken wing and was rescued by U.S. Fish and Wildlife. She never recovered sufficiently for release and came to us from Chicago’s Lincoln Park Zoo in 2001. Hedwig can glide or hop downwards and hop up to perches. Neville is a rare, captive-bred great gray owl. The young 3-year-old male came from Calgary Zoo in 2012 as a mate for Hedwig. Now 6 years old, he brings her courtship gifts of food each spring. While she has laid eggs, none have been fertile. At an age of nearly 32, she may be post-reproductive. At the zoo, great gray owls may live up to 40 years and between 13 and 16 years in the wild.

Great gray owls, as well as other raptors, require special care. Our staff meets the specific, personal needs of each individual bird. For example, Hedwig rejects mice if they are wet, and she prefers white mice over dark ones. Especially during hot weather, keepers mist the raptors for cooling and to encourage preening. Hedwig readily participates. She hops down, opens her wings, turns around, presents and opens her tail feathers. Afterwards, she preens her feet for 15 to 30 minutes. 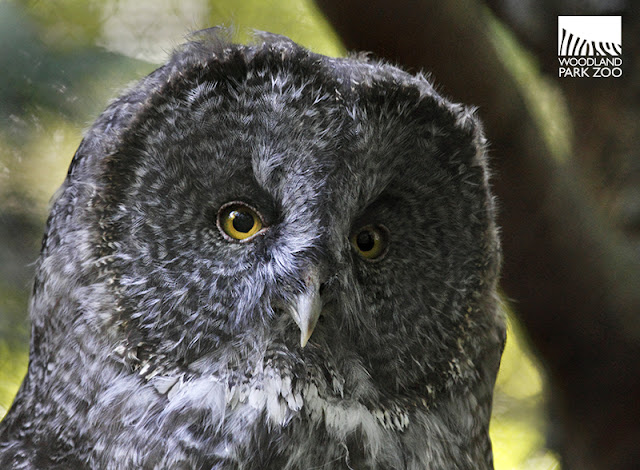 Great gray owls require intact forests for nest sites and bonded pairs often use the same hollowed tree stumps or abandoned raptor or raven nests for many years. Once they leave the nest, the owlets (usually three) require tall trees for climbing and learning to fly, as well as for safety. Threats come from raptors and ravens, but also lynx, fishers, martens, wolverines and humans. The extremely protective parents will even take on black bears near their nests!

Hunting strategies for great gray owls use typical owl acute hearing and low-light vision, but with special twists. Their huge facial disk combined with very asymmetrical ears enable them to hear prey, such as rodents, under very thick snow in the winter or deep inside burrows during the summer. These crepuscular (dawn and dusk) hunters plunge head first from a perch after prey, then invert in a split second to capture the prey in their talons. They can even break through snow crust thick enough to support a person weighing more than 170 pounds! 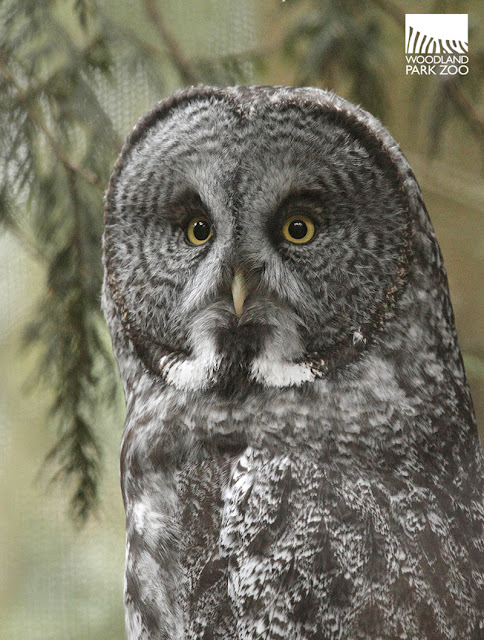 On an animal viewing trip to Yellowstone National Park, I was lucky to see a great gray owl. Sighting one is rare enough to cause an “owl jam” (bison, wolves and bears create most traffic jams). While some visitors merely drove past, the park ranger shared his excitement on seeing this phantom species. We stopped and watched the owl perched in a tree near the road. Eventually, it silently swooped down for prey. The “owl jam” lasted long enough for a browsing black bear to wander nearby and cause another jam. 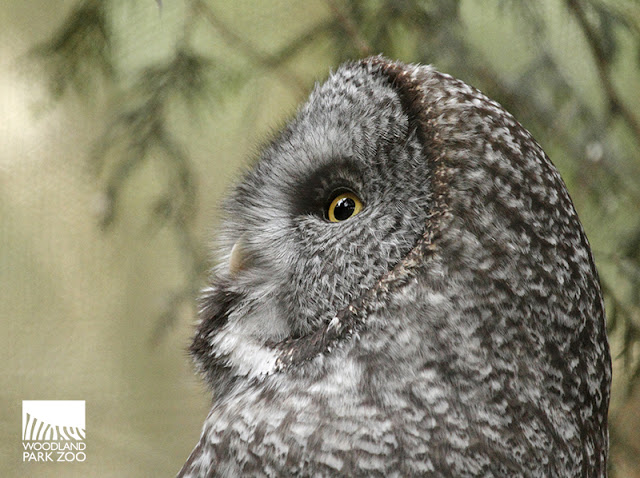