Extreme winter conditions can make the small but critical task of refreshing scent lures or baits difficult for Woodland Park Zoo senior conservation fellow, Robert Long, PhD, limiting the window during which he can reliably collect data for his wolverine research throughout the year.

Microsoft has teamed up with Woodland Park Zoo and Idaho Fish and Game to take noninvasive conservation research methods to the next level with a clever technological solution.

Earlier this year, Robert connected with an engineer at Microsoft Research, and now believes they have the answer to this difficult problem. For six months, Microsoft researcher Mike Sinclair worked with Robert and Joel Sauder, PhD, a wildlife biologist for Idaho Fish and Game, to engineer the missing piece that could dispense scents all winter long without human assistance.

Mike Sinclair developed an ultra-low power control processor board powered by lithium batteries. Through a miniature peristaltic pump, the device is programmed to release 3 milliliters of liquid scent lure each day for six to nine months in sub-freezing conditions without any maintenance. Mike then worked with high school students in his STEM (science, technology, engineering and math) mentoring group to replicate the board 70 times, which the conservation scientists integrated into metal kits that house the liquid scent pump system. 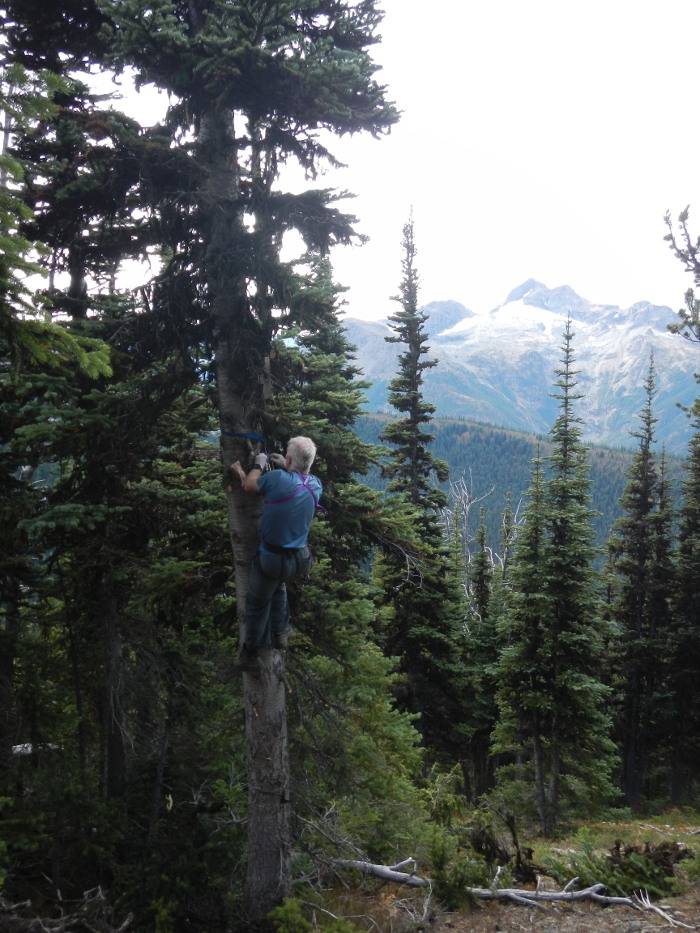 The device is now being deployed statewide and beyond, though in the wild it will face one more test: bears.

Loaded with odors, the device is likely to attract nose-driven bears. Bear-proof boxes cover the dispensers to protect them, and at Woodland Park Zoo, we have two willing testers who were eager to let us know just how reliable those bear-proof boxes may prove to be: grizzly brothers Keema and Denali.

The two grizzly brothers weigh more than 750 pounds apiece but, despite their strength, they did not succeed in tearing the dispensers from a log or dismantling the boxes during a test trial today.


This is exactly what we wanted—affirmation that these dispensers are bear proof and rugged enough to work in the backcountry.

As part of a long-term wolverine study through the zoo’s Living Northwest conservation program, 25 of the dispensers have been distributed in Washington state’s North Cascades. Ten more have been deployed to detect multiple carnivore species in Washington, and another 20 are being used in a multi-species forest carnivore project in north-central Idaho.

Next summer, field teams from Woodland Park Zoo and Idaho Fish and Game will take to their respective mountainous terrain to retrieve the remote cameras and see how well the scent lure dispensers performed. If the dispensers did their job through the harsh winter, these devices could have far-reaching impacts on wildlife research all over the world.

These modest, yet innovative dispensers may be able to help researchers learn about a variety of species living in difficult to access places such as Canada lynx, fishers and martens.

Conservation isn’t just the work of conservationists—it’s a responsibility that rests with all of us. Collaborations like this show what can happen when we all join forces.