Year of the Goat and Sheep 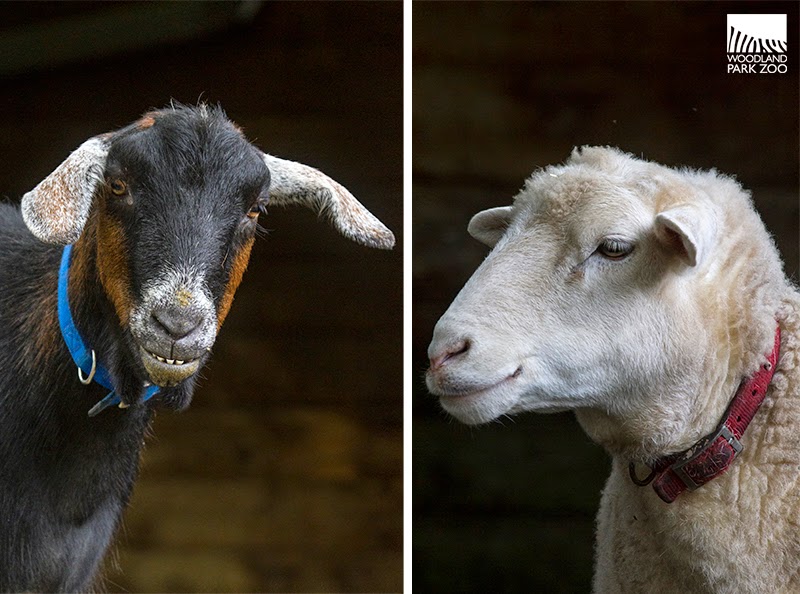 But here is the real question: do you know the difference between a sheep and a goat? You might think it’s easy, but the two animals share many similarities.

q Bearded or maned
Sheep have a thick mane, while goats are typically bearded.

q Tail down or tail up
Usually, a goat’s tail will stick straight up, while a sheep’s tail tends to lie down.

q Browsing or grazing
Sheep graze on grass and clover low to the ground while goats browse on leaves and vines that are a little higher off the ground. Goats often stand on their hind legs to reach the best leaves!

q Fleece or hair
Domestic sheep fleece is generally thick and wooly - goat hair is usually less thick…but not always. Our mountain goats are very fleecy as well. That’s because some goats have extremely curly and thick coats…and some species of sheep have very short hairs that shed naturally and don’t need to be sheared. Clear as fleece, right?
q About those chromosomes
Sheep have 54 chromosomes. Goats have 60.

q Horns: curved or straight
Goats typically have horns that are straight and pointed-upward. Sheep have more curved horns, but again, this is not a deal breaker!

q Flock or free?
Sheep tend to flock together and enjoy being part of the herd, whereas goats tend to be more independent and curious. Of course, this is certainly not written in stone, and many sheep exhibit goat-like behavior and vice versa.

Whether you chose to honor the goat or the sheep during Chinese lunar New Year, the yang is an auspicious symbol said to represent kindness and benevolence. We know a few residents of the family farm who are pretty stoked about 2015!