In June, we asked kids (ages 2-12) to take part in our Animal Observation contest. The participants were prompted to sit for 3 minutes to study an animal. During this time, the kids had to complete an ethogram (behavior chart) for the duration of the study. They carefully watched their subjects and then charted what they saw. They were also asked to take notes at the end of the observation as well as sketch their animal on the back of the paper.

Field researchers use ethograms to document animal behavior. An ethogram is a chart which displays a list of possible behaviors as well as a timeline. Using this tool, researchers can quickly document the minute-by-minute actions and behaviors of an observation subject. Researchers also rely on sketching and drawing or photography to supplement their notes. Practicing backyard animal observations is a great way to introduce kids to conservation science. This activity promotes critical thinking, math, curiosity, creativity and most of all, patience!

We were amazed at all of the wonderful entries we received, but these four future-researchers really rocked!

Runners up are Ellie and Lucy, who both did a remarkable job studying animals right here at the zoo. Ellie and Lucy both received animal plushies, a cheetah and a tree kangaroo of course! Take a look at their awesome drawings below: 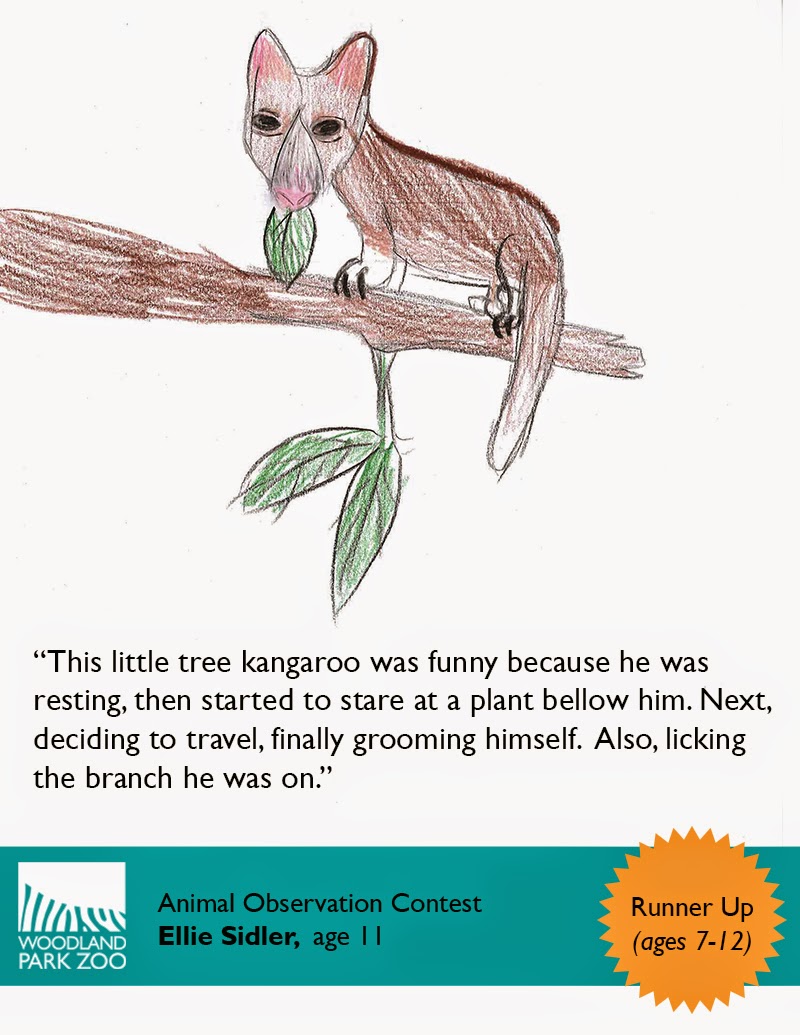 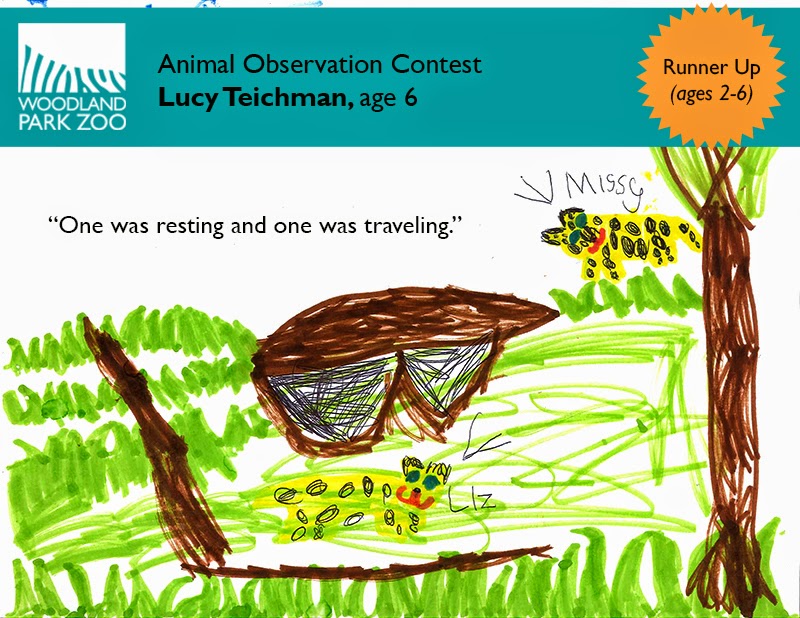 And the grand prize winners are Vinh and Jaelle!

Vinh’s spider study reminded us to pay attention to all the creatures that share our space, no matter how tiny! Vinh watched a “3 mm black and yellow spider” that was hiding under a lawn chair in his backyard.  Vinh woke up early, 7:52 a.m. to patiently record the spider’s activity. Mostly, the little spider was “resting,” but during the last minute of research the spider began to build its web and got a little wild with a backflip! Vinh received a ZooParent animal adoption for his grand prize. 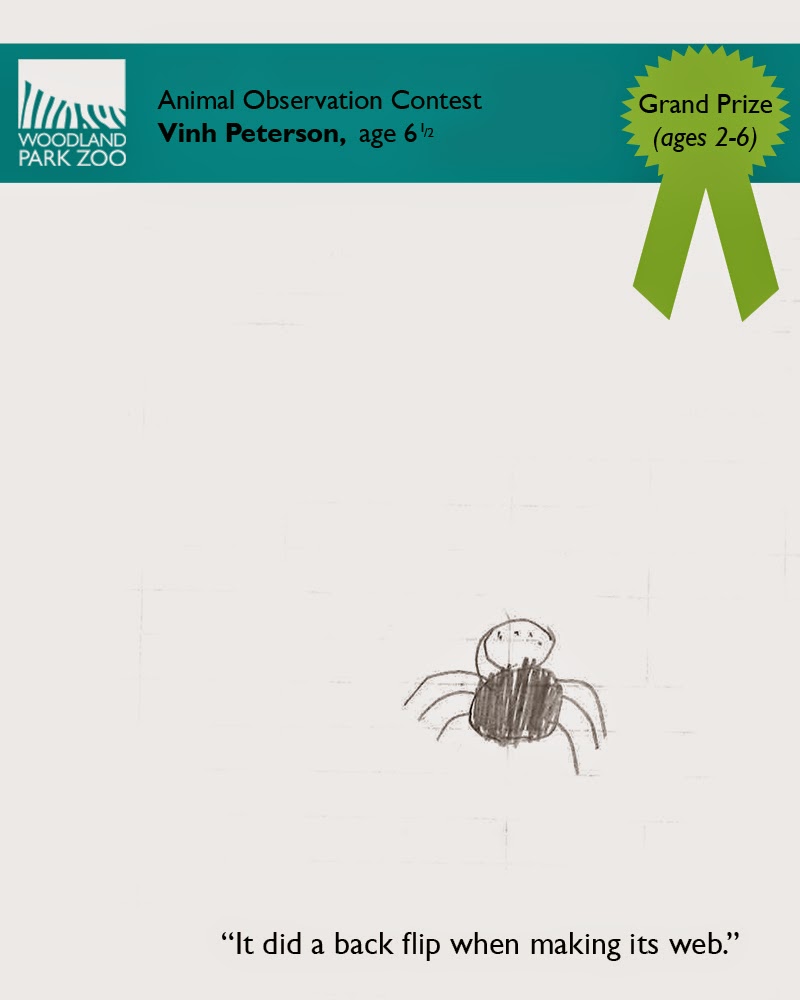 Jaelle’s fantastic illustration of the seals at Ballard Locks blew us away. Jaelle spotted the harbor seals in the evening around 7:52 p.m. (must be a lucky time for animal observations!) Jaelle recorded “resting, traveling and hunting/gathering” activity as well as quite a few “not visible” periods, which is understandable given the seals were diving in and out of the water. Jaelle’s prize is a night at the zoo with our Living Wild! adventure campout! 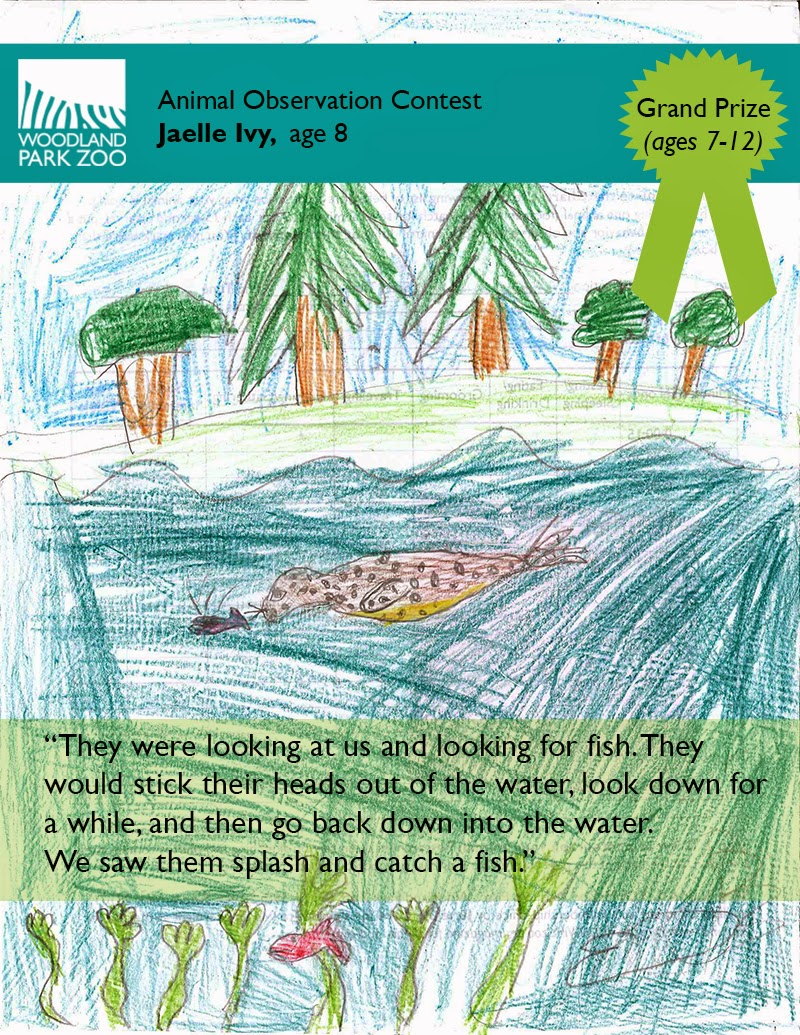 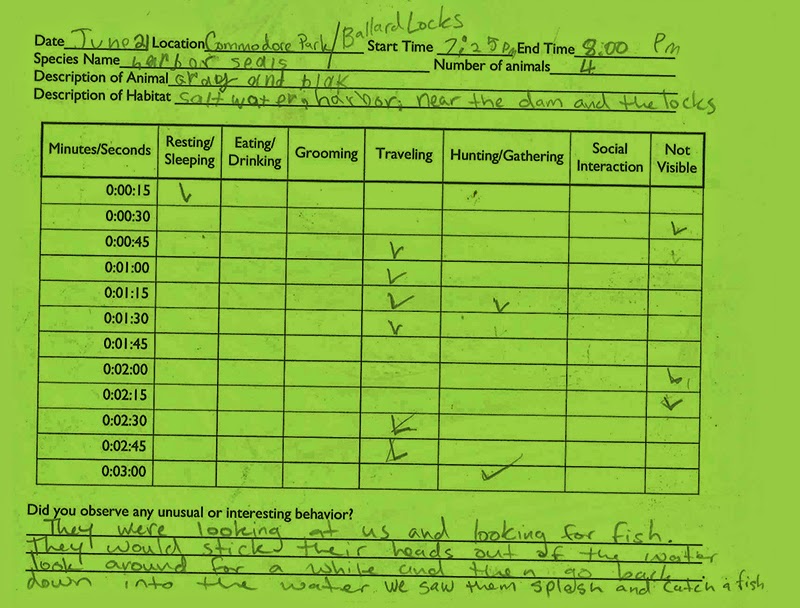 Want to take part in the next kids’ contest? Become a member and receive MyZoo magazine, full of special activities for kids, animal updates and news about your zoo!

Thank you to all of our contestants for taking the time to submit your ethogram chart and drawings, your entries were inspiring!