Happy almost 1st birthday, Kuwan, Arizona and Inka! Though the official day is March 22, the jaguar cubs got an early treat this morning—birthday piñatas scented in curry and perfume. 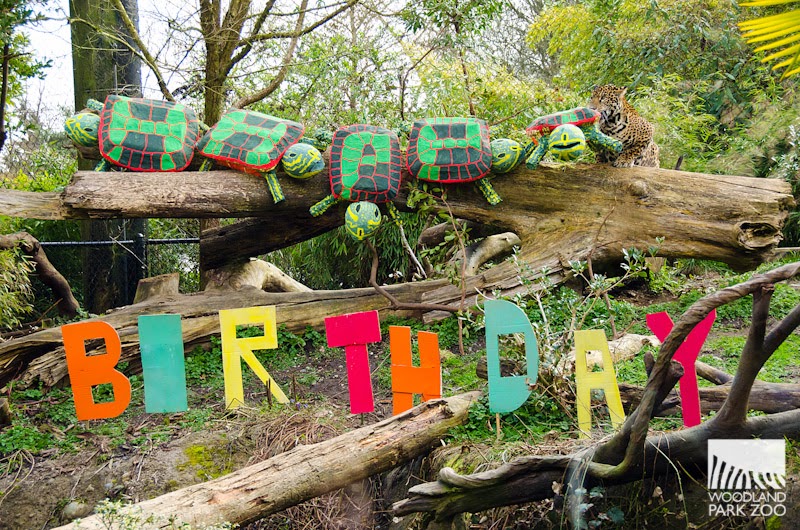 Following the trail of the enticing scents, the cubs quickly spotted and went after the decorations. Almost immediately “Happy Birthday” became “Happ Birthday” when Kuwan took down the turtle piñata on the end. 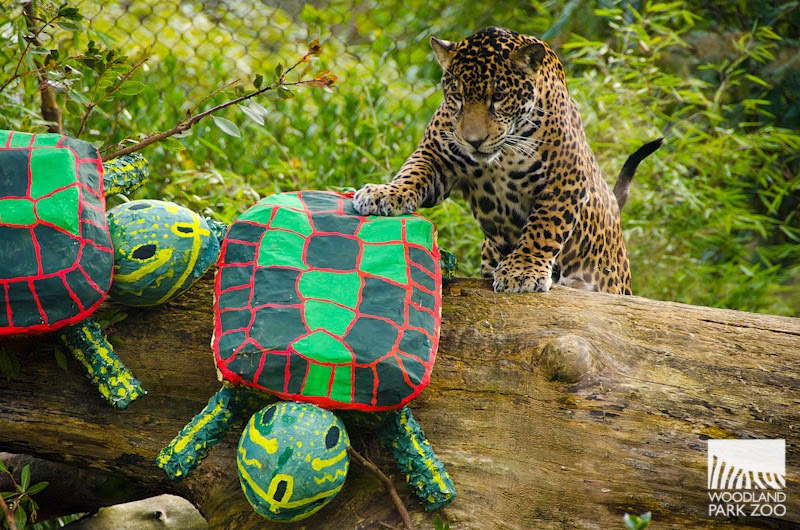 Predator instincts kicked into full gear as the jaguars stalked, pounced on, and tore into their piñatas. 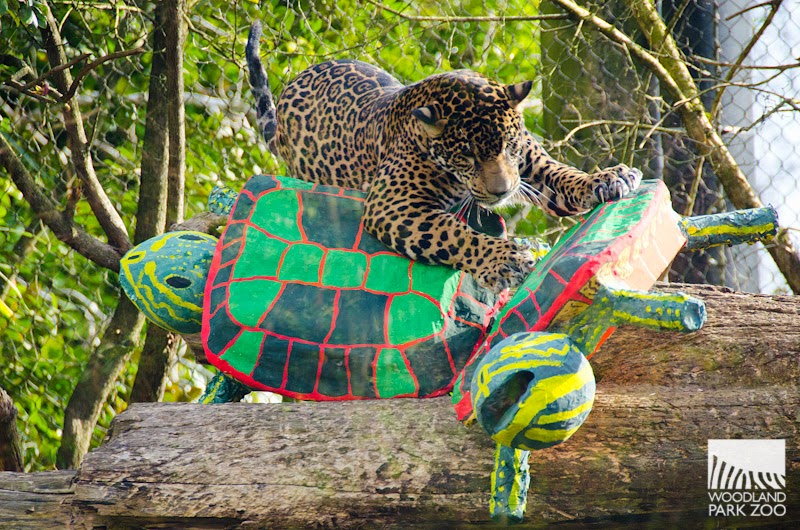 The cubs also smashed and rubbed against the perfumed “Birthday” letters, but spent most of their energy on destroying the turtles. 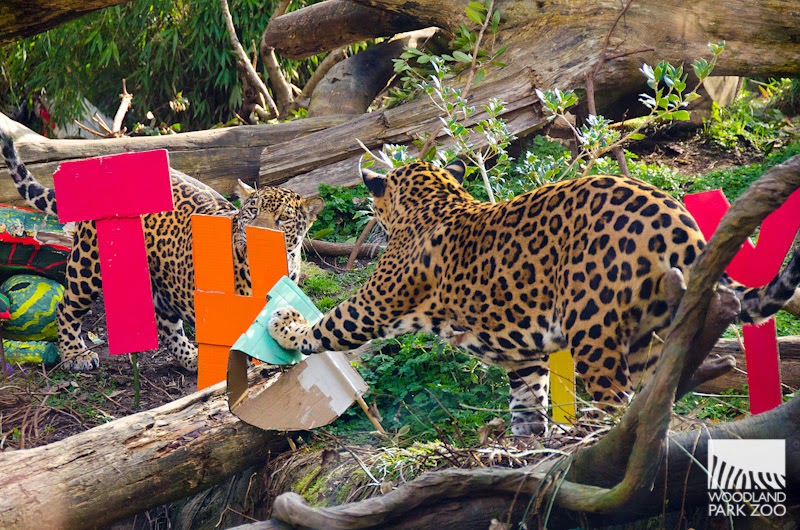 At nearly 1 year old, sisters Inka and Arizona, and their brother, Kuwan, are a lively trio. The young cats’ daily antics include pouncing, prowling and endless play, pausing only to re-energize with cat naps and hearty meals. 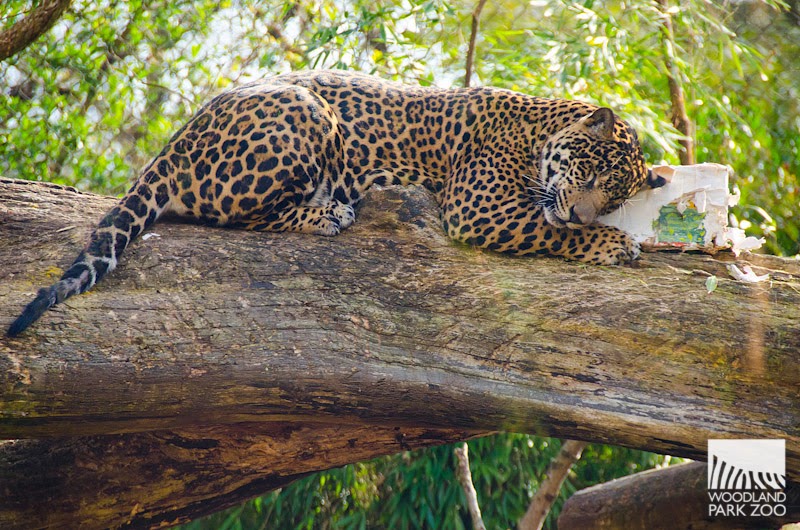 Jaguars are naturally solitary and begin to separate from their mother and siblings as they mature. The three cubs currently live together in the zoo’s award-winning Jaguar Cove and transition behind the scenes when their mother, Nayla, rotates on exhibit independently. Dad Junior lives in an exhibit behind the scenes. 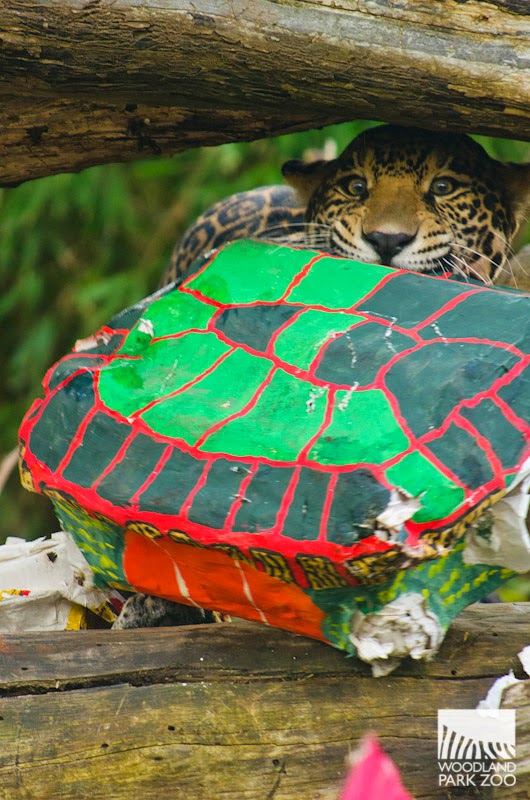 As the cubs demonstrate more social independence, they will begin to separate from one another too. Woodland Park Zoo’s animal management staff is currently scouting new homes for the young cubs based on breeding recommendations from the Association of Zoos and Aquariums’ Species Survival Plan (SSP). As a conservation institution, Woodland Park Zoo collaborates with other accredited zoos through the SSP to ensure healthy generations of this threatened species into the future. Meanwhile, conservation research continues in the field through the zoo’s Jaguar Conservation Fund, which targets threats that affect wild jaguar populations. 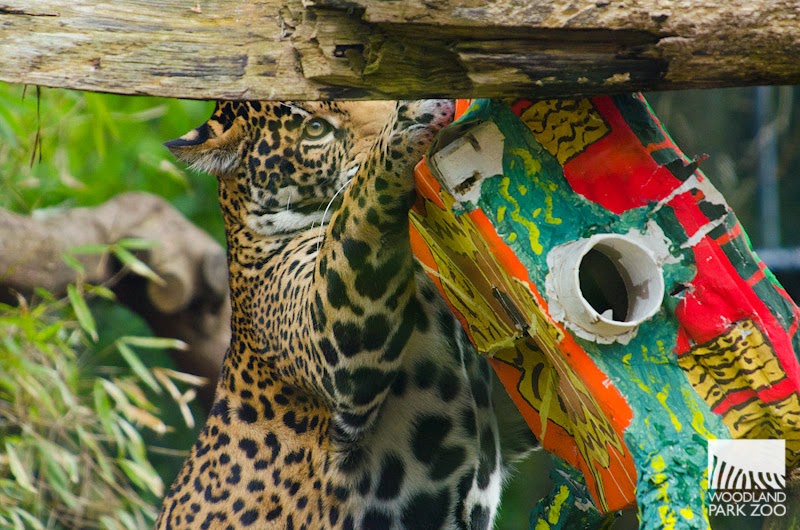 Leave a birthday message for the triplets in the comments and we’ll add it to the birthday card we’re making for the keepers. Last week on Facebook you started sending us your favorite cub photos to include in the card—thanks and please keep ‘em coming! 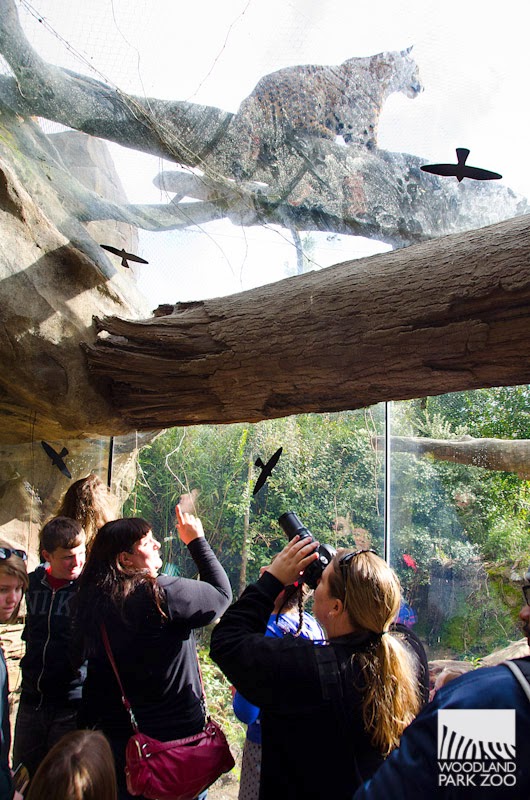 Anonymous said…
Wonderful that they get to spend their first birthday together - they're having such fun!