Riddle me this, bat lovers: is there anything more awesome than a close up view of a colony of Indian flying foxes?


This Halloween, we're introducing the newest Woodland Park Zoo webcam, streaming live 24/7 from the Adaptations Building. Now you can check in on the roost of furry winged Indian flying foxes all day, or all night if you want! Watch the colony of six male fruit bats as they dine, groom each other and chill out upside down.

In celebration of the new webcam, and because bats need love all year (not just at Halloween!), let’s take a closer look at the awesomeness of bats and why they need your support.

There are about fifteen species of bat found in Washington alone, including the big brown bat many know, and bats with catchy names like hoary bat and Myotis evotis. With so many bats in our backyard, it’s time you learned more about them.

Welcome to Bat School 101 (AKA Bats aren't just for Halloween)

How did bats become associated with Halloween, evil spirits and vampires? Since bats are mostly nocturnal, and tend to be somewhat elusive, their unfamiliarity with people is probably the only reason we have to fear them. Thanks to Bram Stoker, the author of the novel Dracula, and generations of bat folklore, the stigma associated with bats has continued. However, the mythology surrounding bats isn't all witches and vampires. Many cultures choose to think of bats as omens of good luck. You will find that bats are remarkable creatures that play a major role in our well-being and deserve our support.

Myth 1: Bats are bloodsucking vampires
We aren’t saying vampires don’t exist, especially in the Pacific Northwest’s murky rain forests (ahem, Forks), but we can guarantee that bats are certainly not going to drain your blood or hypnotize your girlfriend. The tradition of associating bats with vampires and other monsters has been around for a very long time. But, let’s not blame this nocturnal animal for our very human fear of the dark. Now, there are some species of vampire bats in Central and South America. They make small incisions in animals and lap up blood; however, they do not usually target people and they most definitely do not do the work of Dracula. 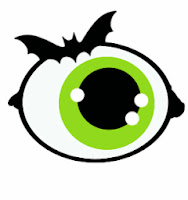 Myth 2: Bats are blind
Nope, not at all! Some bats use echolocation, a sophisticated sonar system that most certainly puts our best map apps to shame. Fruit bats, like the Indian flying fox, have large eyes and are able to see fruits and flowers in the dark. No need to worry about a bat finding its way around. 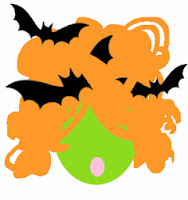 Myth 3: Bats are interested in your hair
Yes, your hair is really cute. The time you spend straightening and curling your hair has paid off, you look fabulous. But trust us—no bat, ever, has voluntarily decided to dive into your locks. Bats are equipped with spectacular navigational capabilities that allow them to fly through the dark and catch tiny insects. They are 100% able to steer clear of your coif, unless you are harboring mosquitoes in your hair, in which case you can thank the bat for taking care of that for you. 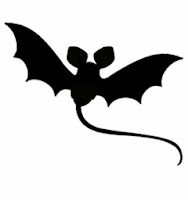 Myth 4: Bats are flying rodents.
Nope. In fact, bats are closer in evolution to primates than rodents. So, flying monkeys? Not really. Bats are the only true flying mammal and have incredible adaptations which allow them to live all over the world in all sorts of diverse environments. Bats represent 20% of all mammals with 1,240 unique bat species. 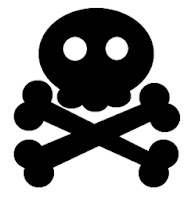 Myth 5: Bats are dirty and carry disease
Bats spend a lot of their time cleaning each other and meticulously grooming. While any wild animal has the potential to contract rabies or other diseases, bats are no more likely carriers than a raccoon or a squirrel. Like any wild animal, it is best not to touch them. 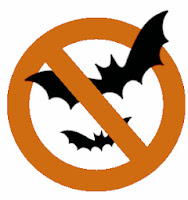 Myth 6: Bats are pests
Bats voluntarily eat up to 600 mosquitoes an hour, while you are sleeping, protecting us from malaria, West Nile Virus, dengue and yellow fever. What do you do for bats? Bats help keep insects numbers down. They are a natural pest control and play a big role in helping pollinate flowers and fruit trees. Many ecological benefits come from bats. 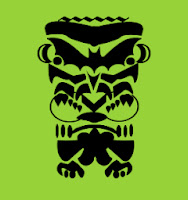 Myth 7: Bats are a bad omen
Oh, Hollywood, the perpetuator of the evil bat trope. In western culture, bats are indeed associated with mysterious, scary or haunted landscapes, but elsewhere they are a sign of luck. In Chinese culture, the bat is an auspicious Feng Shui symbol for prosperity, happiness and longevity. In many Native American cultures, bats symbolize intuition, vision, family and communication. In some villages in India, the bat is sacred and protected from harm. Fear and superstition can be terrible for any species, but especially when that species is threatened or endangered.

Bats are in danger. Their populations are under threat across the continents, including right here in North America. For too long the urgency of this problem has been ignored because bats are less popular and less understood than some of the other charismatic animals at the center of many conservation campaigns. But bats are essential to the web of life as pollinators and pest controllers and it’s time we take action for them!


Defend bats! You have the power to fight back.

What can you do to answer the bat call?

Stay batty! The most important thing you can do to help bats is to love them. Fear and misunderstanding about bats aren’t going to help them. Educate your friends and family about all the good things that bats do for us.

Provide habitat for bats in your own yard. Leave hollow trees and snags standing or install a bat house. Bat Conservation International has a great DIY bat house tutorial.

Visit the bats at Woodland Park Zoo and support conservation groups, especially those in the Pacific Northwest and internationally, like Bat Conservation International, a zoo Wildlife Survival Fund project.

Anonymous said…
WPZ communications and marketing teams: You've really outdone yourselves with this blog post. Brilliant! Thank you. I appreciate the strength of your marketing and comms outreach as much as I do the content!
October 31, 2013 at 4:29 PM