Woodland Park Zoo’s four Asian small-clawed otter pups, born June 11, are getting cuter every day as they whistle, squeal and chirp, and learn to walk, run and jump.

Because otter parents, and any older siblings, play an active role in raising young pups, the parents and new family have been living off view in the otter den. The pups will make their public debut later this summer in the new Bamboo Forest Reserve exhibit. 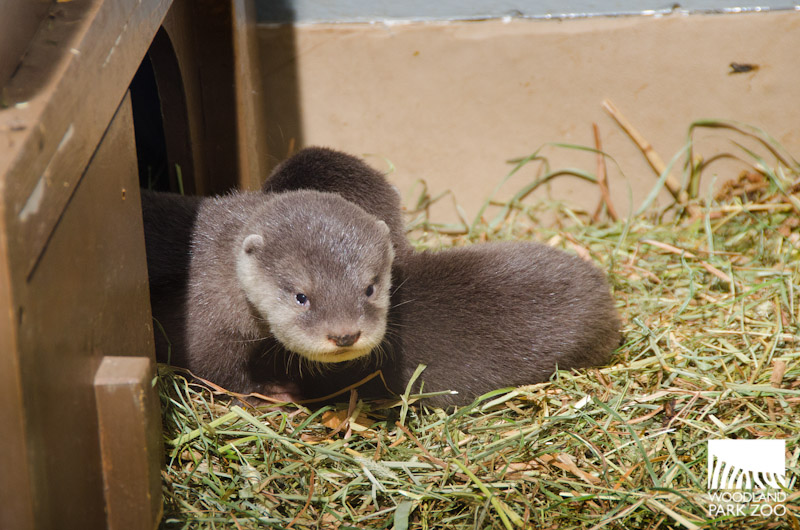 The quadruplets mark the first offspring between 8-year-old father Guntur and 4-year-old mother Teratai, who also are new arrivals to the zoo. The weight of the pups currently teeters around 1 pound; their sexes have not yet been determined.

The pups are beginning to play with each other and their parents. They’ve been chewing on each other and wrestling. Their attempts at jumping result in poorly executed pounces but it’s downright adorable. Before the pups are introduced outdoors, they must first pass a swimming test. Their swim lessons will begin in a small, shallow tub. As the parents become experienced and comfortable with the pups in the water, the pups will graduate to a large, indoor pool where they can be fully immersed to swim. It’s critical they can safely climb out of the exhibit’s outdoor pool and navigate the varied terrain.

The pups are still nursing and will begin the weaning process around late August. Once they are weaned, their solid diet will consist of chopped smelt, capelin, and soaked cat food. 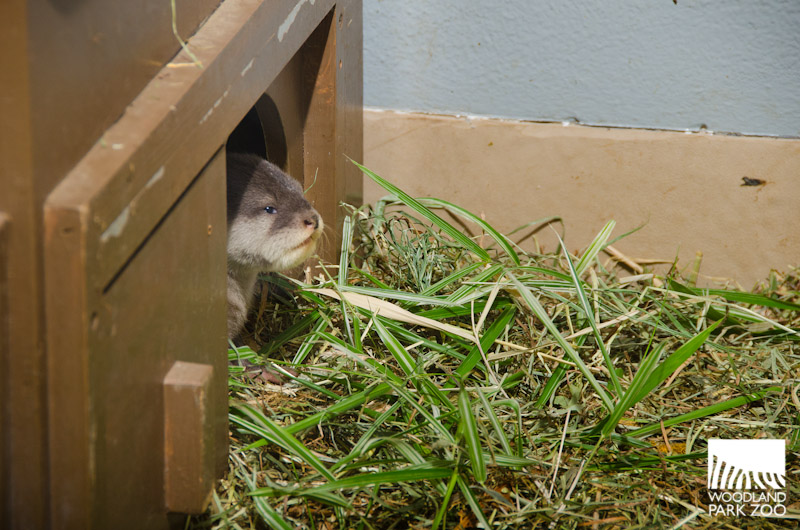 The Asian small-clawed otter is the smallest otter among the 13 otter species. It ranges throughout southern and southeastern Asia, including areas of India, Indonesian islands, Malaysia, Southeast Asia, Taiwan, southern China and Palawan in the Philippines.

With rapidly declining habitat, range and population, the Asian small-clawed otter moved from near threatened status in 2004 to the more serious vulnerable category in 2008. The population in the wild is unknown, with some estimates at 5,000 and others at far fewer. While all otter species have protected status under Convention on International Trade in Endangered Species (CITES) and killing is prohibited in most range countries, enforcement remains very limited. Poaching and water pollution remain its highest threats. 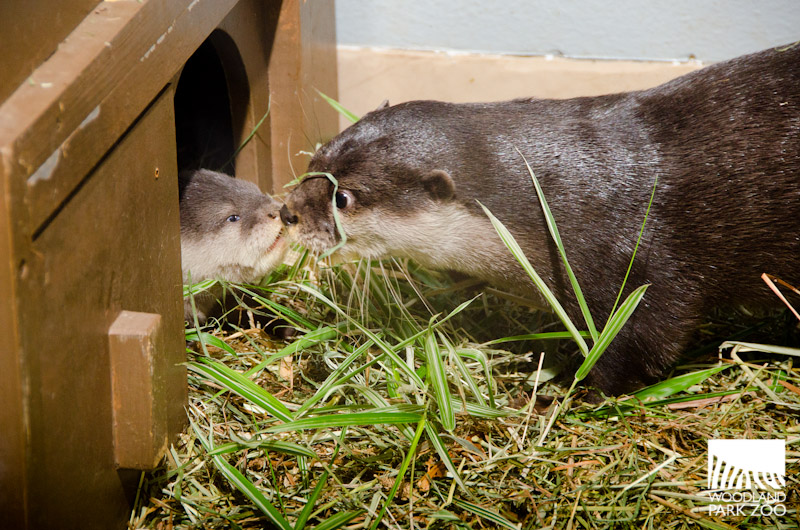 Bamboo Forest Reserve, which opened in May, marked the first phase of a dynamic, new exhibit complex at the heart of Woodland Park Zoo. With the community’s continued support, the zoo will be able to complete fundraising for the second phase of the exhibit complex, which will bring new homes for Malayan tigers and sloth bears to the zoo. Visit www.morewonder.org for more information on supporting the next phase.