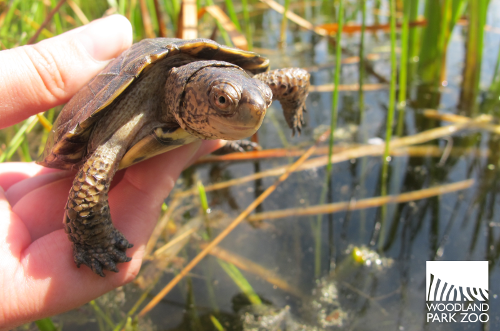 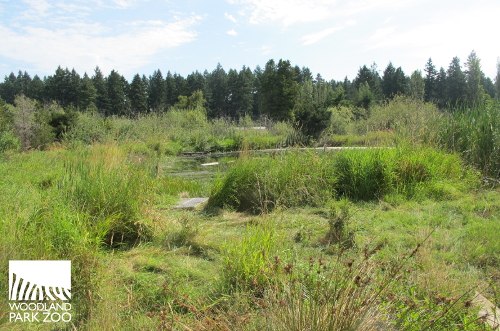 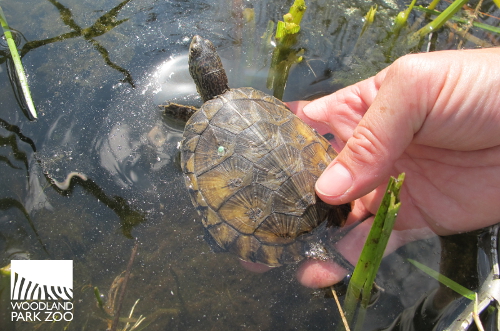 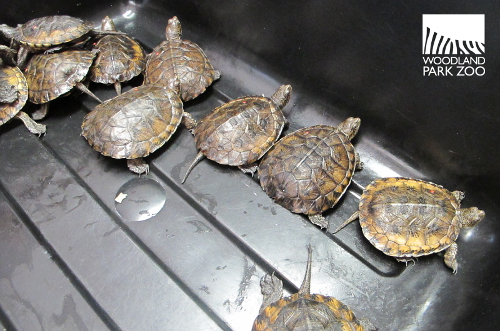 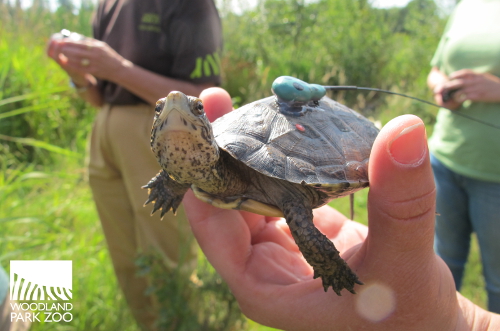 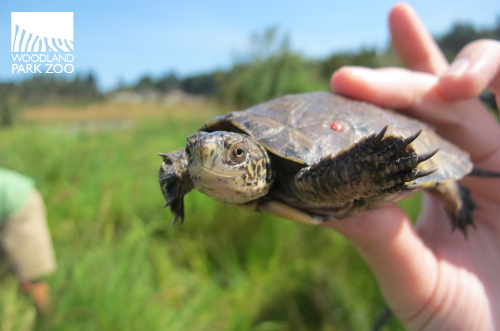 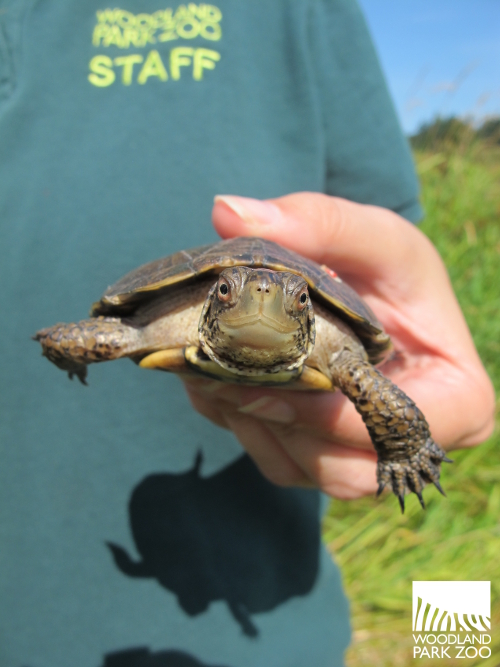 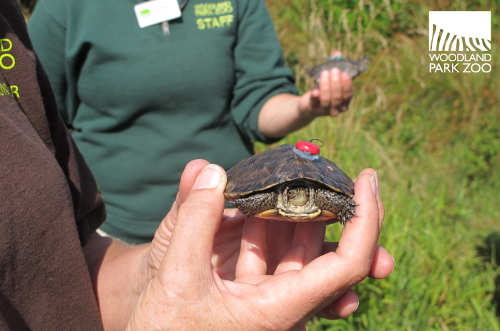 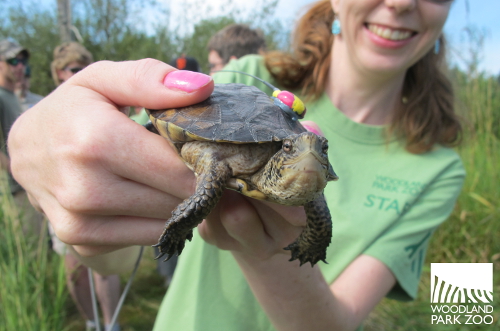 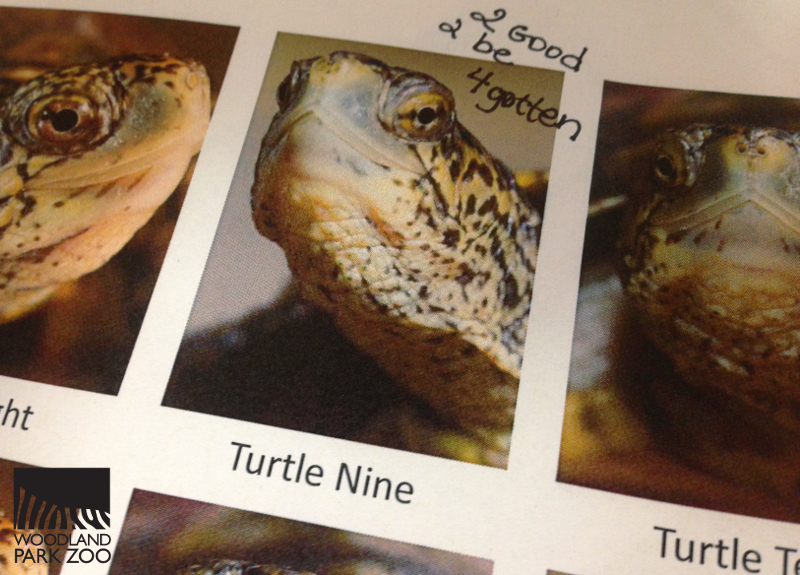 Anonymous said…
Hi turtles, congratulations on making it to the pond and growing up, keep up the good work woodland park zoo. I used to volunteer with the western pond turtle project coolest thing ever was watching a little pond turtles egg shell hatch open on my hand.
August 9, 2013 at 11:55 PM

Anonymous said…
go 30 go! eat lots of bugs and maybe even a bullfrog tadpole or two! Watch out for raccoons (you should be big enough to avoid the interest of the herons).
August 27, 2013 at 10:10 AM

Anonymous said…
So beautiful! WPZ does such amazing work to help animals and I very much enjoy all the photos and etc, especially the Live Cams, that you do. :) from Janet Waite, a friend of the Zoo! <3
August 27, 2013 at 8:43 PM

Lisa and Elijah said…
Congratulations little turtles on making it to your new home! Best wishes in your growth and recovery in the future. Hope cute #23 graduates next year!
September 3, 2013 at 11:13 AM