The truth is, Junior buckled.

Leading up to the naming ceremony, the communications and animal management teams prepared with hours of work: planning the press op, selecting culturally significant names, molding papier-mâché enrichment into maracas, and warming up Junior to practice piñatas for a successful ceremony. 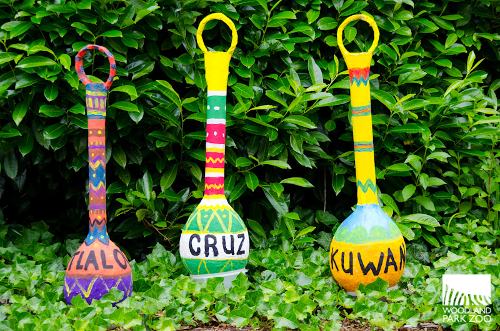 Three name options chosen by jaguar zookeepers—Cruz, Tlaloc and Kuwan—were individually paired with tasty, enticing piñatas and hung from a low tree branch for Junior in Jaguar Cove Friday morning. The goal was for Junior to bite into one of the named piñatas and thus ultimately decide the name of his first-born son. The three colorful piñatas tempted Junior toward his big decision with the scents of raw, juicy chicken, which was stuffed inside the maracas. With the lure of his favorite treat, there was no doubt Junior would be game to complete the ceremony and name his son. 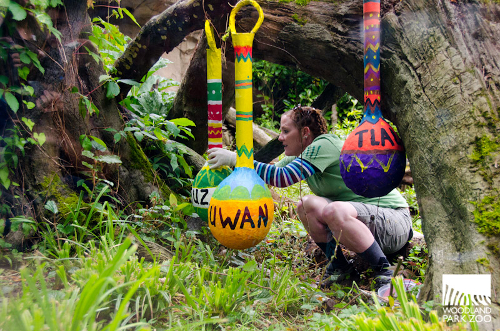 Crowds of zoo visitors, staff and press lined Jaguar Cove in anticipation of Junior’s final decision. Quietly cheering on our favorite names, we watched Junior weave through the tall grass to feast on the winning piñata. 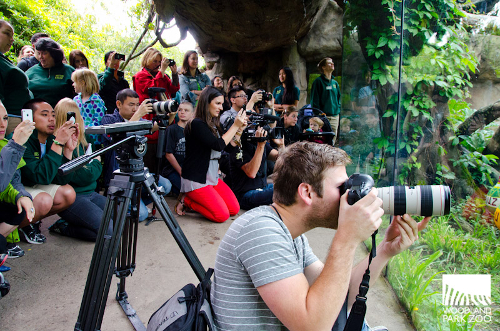 
But despite what we imagined would happen next, Junior never made any big moves. He buckled. Junior took one last look at the Kuwan option and then kept walking. Maybe it was the build to the big decision, the inviting appearance of his resting area, or just typical cat attitude (cat lovers, you know what we mean). Junior just couldn’t bring himself to sink his teeth into a maraca.

So, in the middle of his press op, before all of his big supporters, and with the witness of his own caring keepers, Junior retreated from the ceremony to take a snooze on his coveted corner rock. 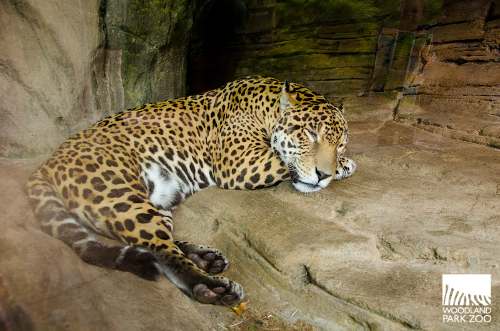 After he continued to show no interest in the maracas throughout the afternoon, Junior's zookeepers made the decision to go with his first sniff: Kuwan, from the Hopi word meaning “butterfly showing beautiful wings.” Zookeepers originally selected Kuwan as an option in honor of the butterfly-shaped marking on the male cub's head that helps distinguish him from his sisters (see the male in the middle in the photo below). The two female cubs will be named by donors who have helped bring big cats to Woodland Park Zoo, and we'll be sure to announce their names next.

Our ceremony just goes to show; sometimes animals just have their own priorities. And c’mon, can we blame him for wanting a nap? It’s Friday!

Keep checking back for updates on Kuwan and his sisters. Staff expect visitors will see the new family in Jaguar Cove this summer, but for now the cubs remain behind the scenes with their mother, Nayla.