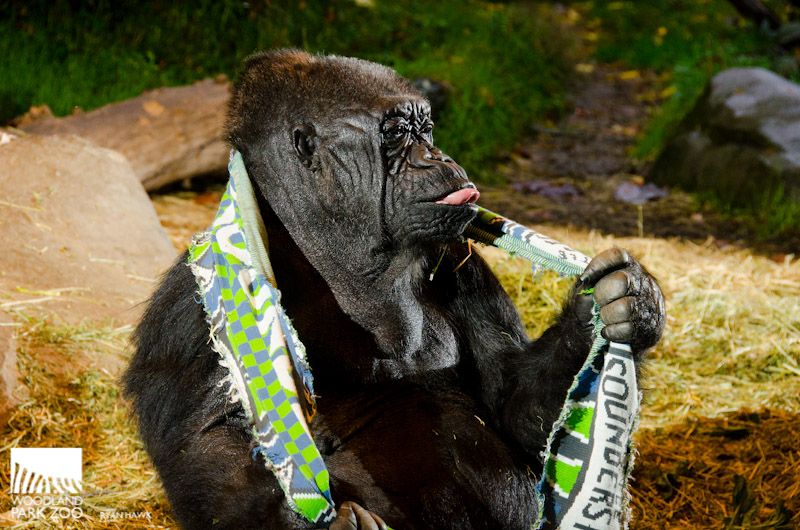 Yesterday, animals across the zoo were given enrichment in honor of Sounders fever! The zoo’s own line-up of animals gave it their all at a kicking exhibition to cheer on the Sounders heading to the MLS Cup playoffs. Here’s the rundown…

In a pre-game scrimmage, our colony of penguins had a ball with their Sounders gear! Back and forth across the pool, the penguins porpoised through the water and dribbled with their beaks.

Along the Northern Trail, Denali and Keema defended their Sounders soccer balls in good old-fashioned bear-to-bear defense. There were no passes to be made. 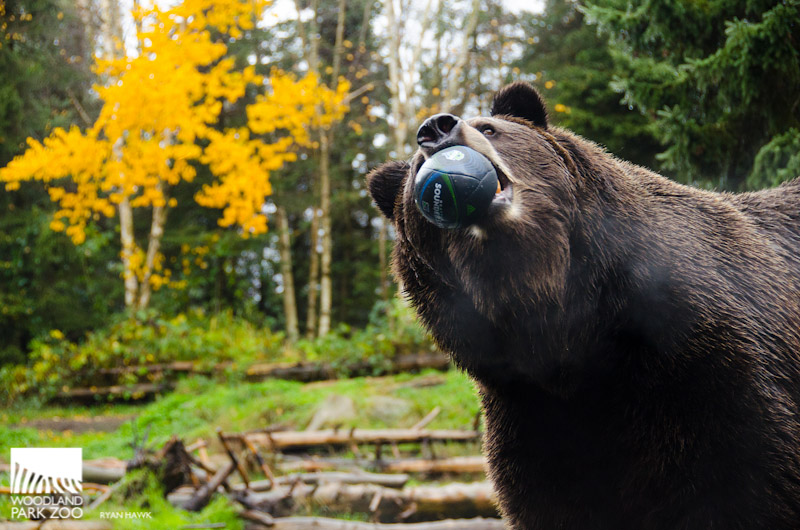 Keema and Denali held the defensive and both earned yellow cards for carrying the ball! 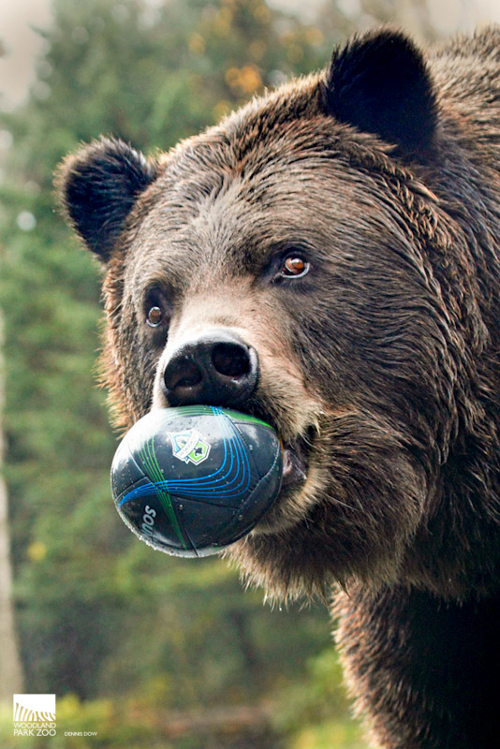 At the other end of the Northern Trail, our wolves chased the Sounders ball between the trees and down the slope of their exhibit. 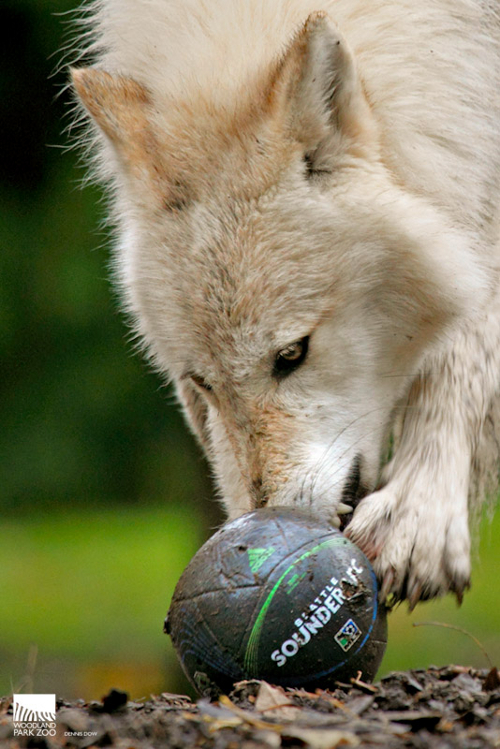 Now if we can just get them to pass the ball or do anything other than bite into it. 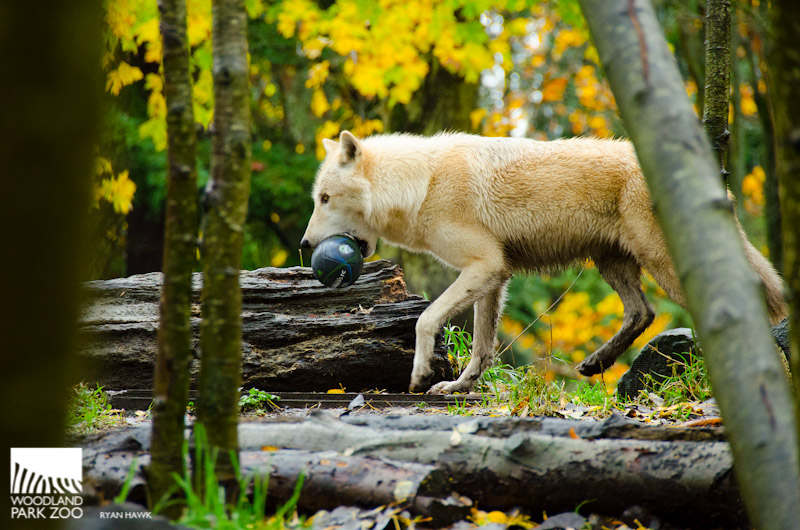 Gorillas Pete and Nina took halftime pretty seriously. Pete fueled up with a head of lettuce, while Nina directed. Nothing like a fistful of vitamin A to get your Sounders blood pumping! 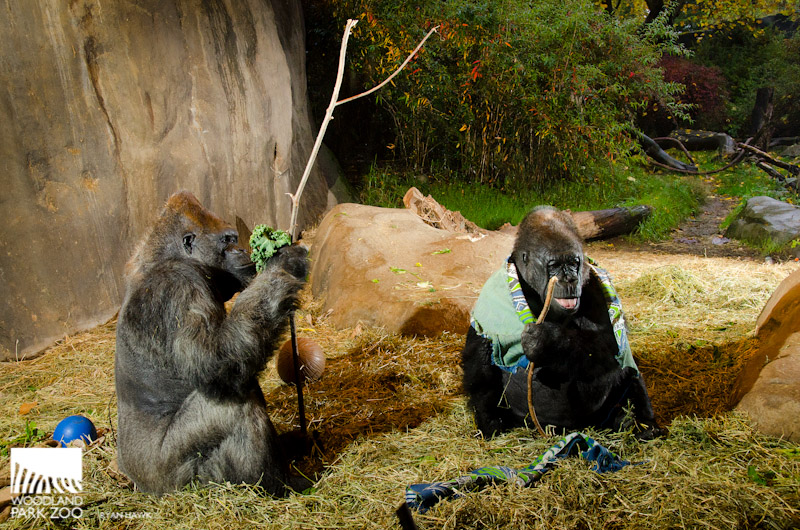 And lovely Nina entertained us all with her modeling skills. The Sounders scarf can be worn off the shoulder. 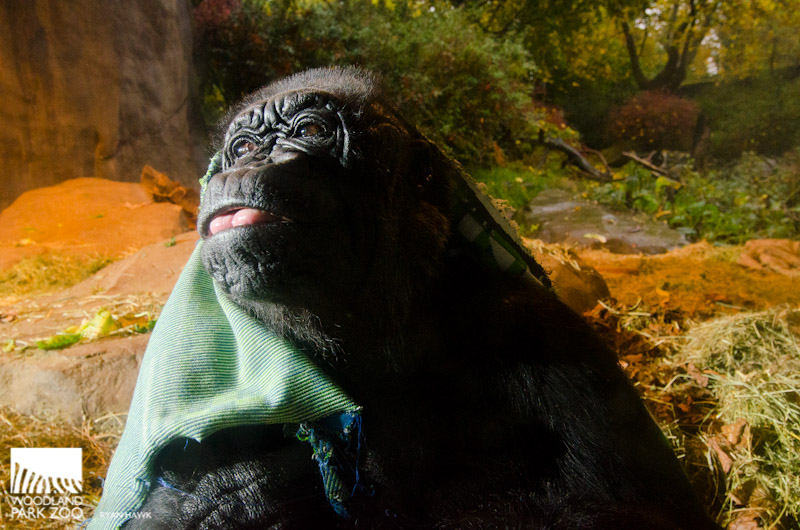 Draped delicately across the forehead. 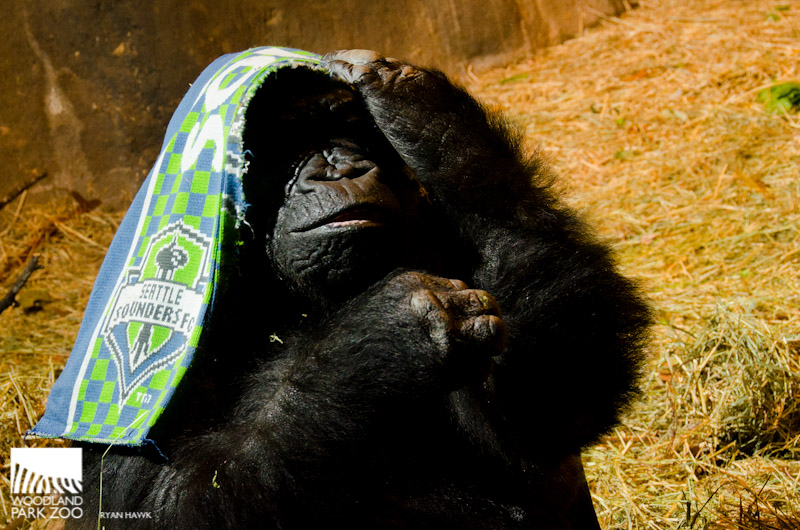 Fashioned into a dainty fascinator. 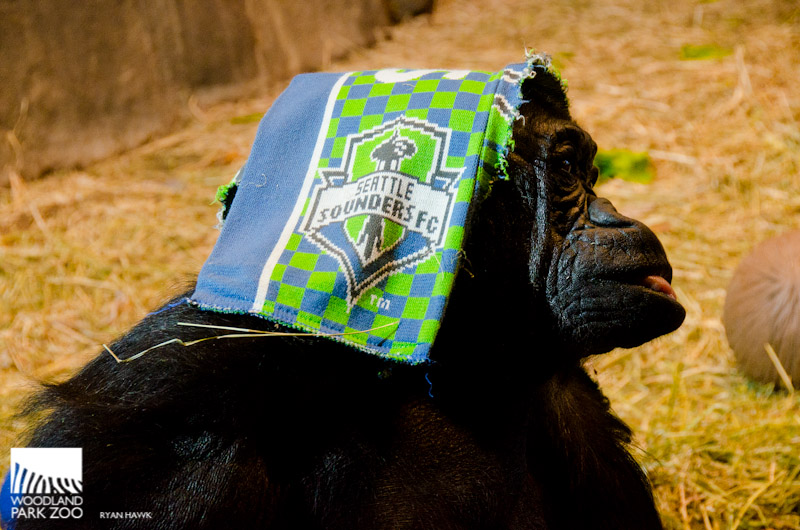 Adorned loosely over your face. 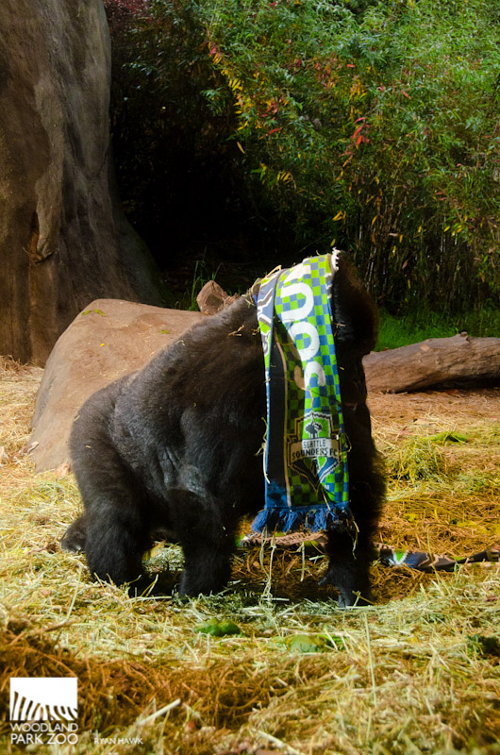 Fixed in place as a hair piece. 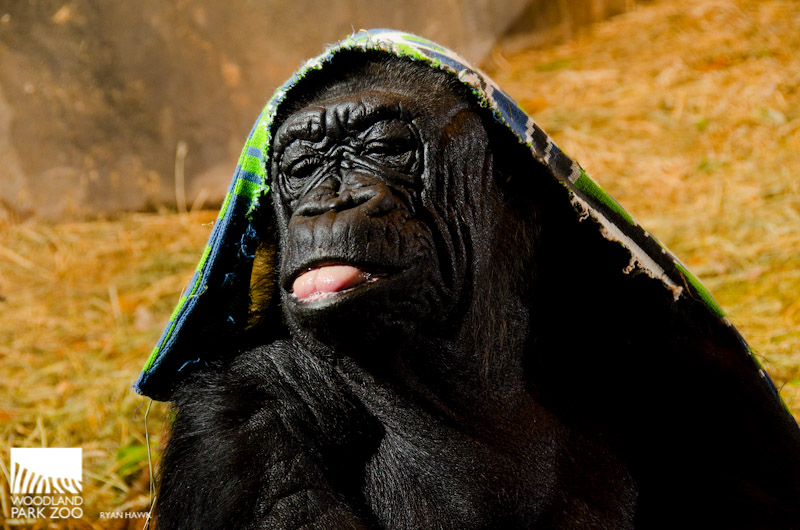 Or simply ripped to shreds. 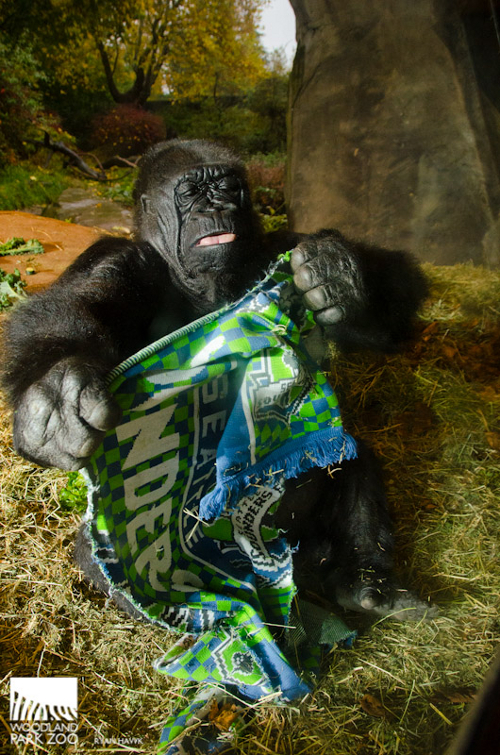 A huge thank you to the Sounders for providing mini-soccer balls and scarves! Soccer balls for the animals are part of the zoo’s excellent animal care program to help enrich the lives of the zoo’s animals, promote natural animal behavior, keep animals mentally stimulated and get visitors pumped for the playoffs. 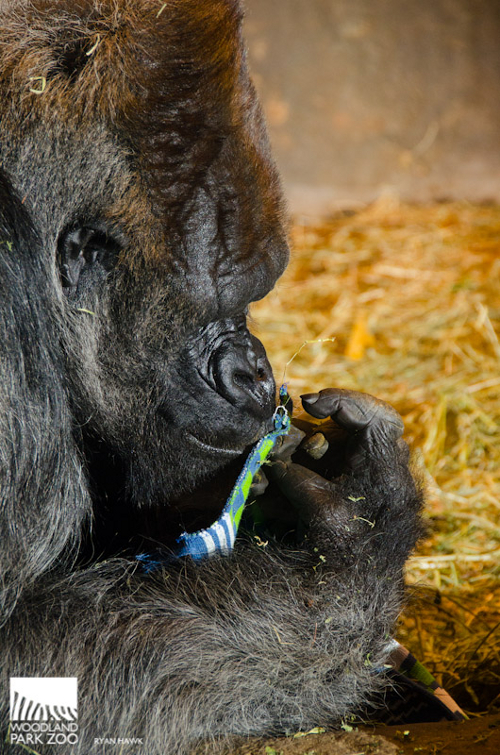 Do you think Pete is hoping for a Sounders victory? We know we are! Good luck Sounders, we’re rooting for ya!