This isn’t a game of Pacific Northwest word association—it’s a recipe for a rockin’ good time down at the Northern Trail this morning! 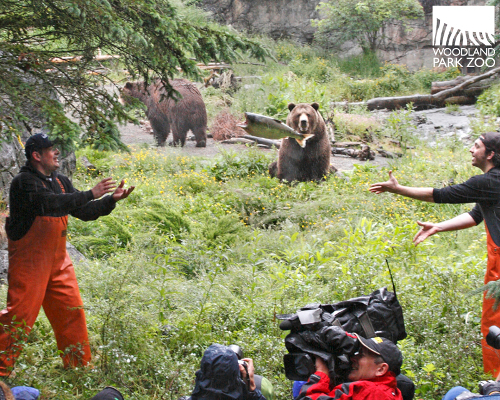 The fishmongers planted themselves safely at the edge of the exhibit—a massive moat stood between them and the bears, don’t worry!—and got to tossing while grizzly brothers Keema and Denali looked on. 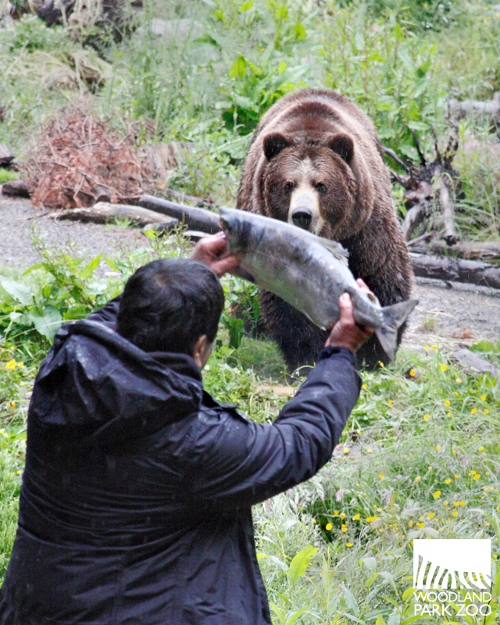 The first few tosses of the 6-pound salmon were just for practice, though the bears seemed like they were hoping for a slip-up that would land a salmon in their direction. 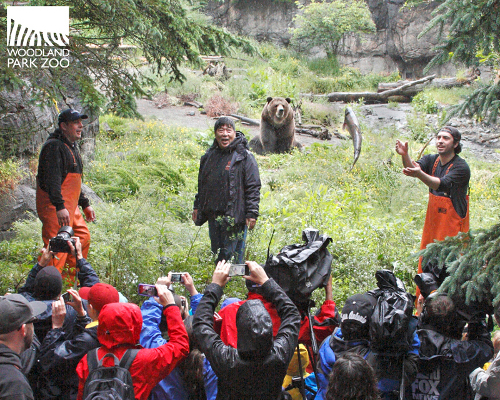 But once the rhythm got going among the fishmongers—tossing the salmon over the heads of dozens of school children and visitors—it didn’t take long before the fish went sailing over to the grizzlies’ side. 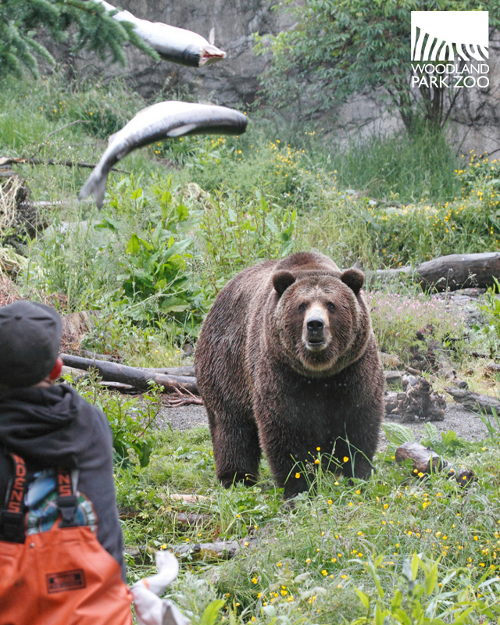 The bears don’t quite have the same flair for drama. They watched the salmon come flying at them, and let the fish plop down next to them so they could amble over and start munching away. 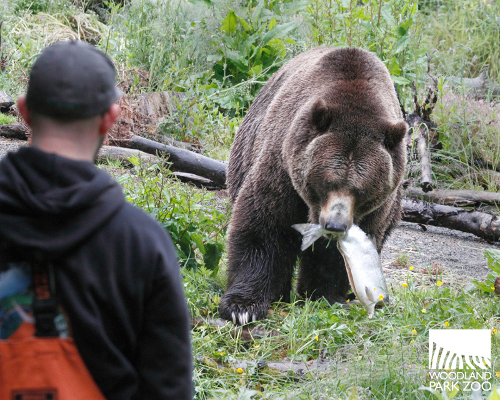 Denali took the fish over toward their cave to snack under cover, while Keema tore into his fish out in the open. 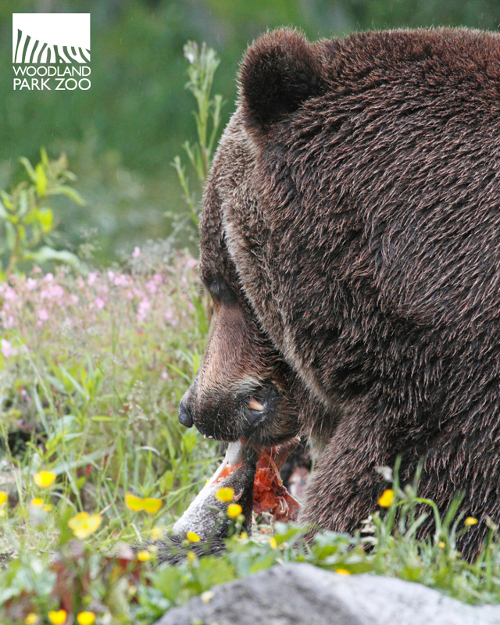 More than just a bunch of fun, this salmon toss was a great way to reconnect Northwesterners with some of the icons of local wildlife. Brown bears are so closely linked with salmon runs in Alaska, and here too before they were extirpated from most of the Pacific Northwest. Eating salmon is in their natural history and is one of their favorite snacks, especially this time of the year when they are beefing up and craving protein.

The bears will have more tearing up to do this Saturday, June 9 at our annual Bear Affair & Big Howl for Wolves: Pacific Northwest Wildlife Celebration presented by Brown Bear Car Wash. You’ll learn how to be safe living in bear country, including tips for how to bear-proof your next backyard party or camping trip, and you’ll learn it the fun way—by watching bears tear things apart! Our conservation partner, the Grizzly Bear Outreach Project, will be on hand to teach us all how to be bear-smart. 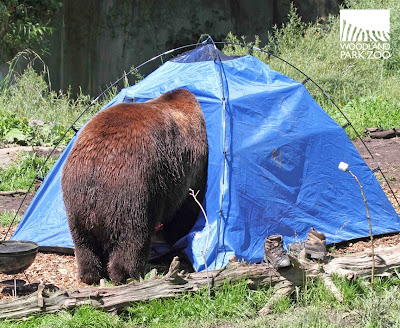 The event also highlights the wildlife of the Pacific Northwest and how we can help protect our wild neighbors and live in harmony with them, including bears, wolves, turtles and even butterflies. Don’t miss one of our most popular events. And hey, if it rains, it’ll just feel like an authentic Northwest camping experience!

Unknown said…
I worked for about 3 years down in the Pike Place Market as a tour guide, and I got to know the guys from Pike Place Fish rather well. I was proud when I heard they were donating their fish to the Zoo, and I am even prouder today to see this post.