Remember our little penguin hero, the boy who spotted an abandoned Humboldt penguin egg in our exhibit and alerted a keeper to its need for rescue? Despite our all-points bulletin to locate him and thank him for his effort, we never found him after two months of searching. 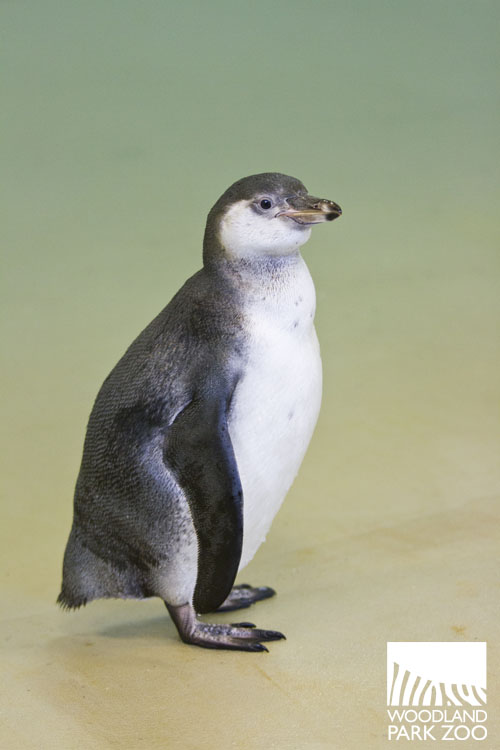 But we won’t let his act go unrecognized even if his identity remains a mystery! So we decided to honor our little hero by naming the penguin chick Ramón, a Spanish name that means “protector.”

Ramón is now two months old and is thriving behind the scenes. His rocky start as an abandoned egg put his survival at peril, but thanks to the little boy’s call for help, penguin keeper Celine Pardo was able to rescue the egg before a crow or gull could snatch it. The egg was given to a pair of foster parents who took it in and successfully hatched it days after the rescue.

The chick is old enough to start some training so he now works with his zookeepers behind the scenes where he’s learning critical behaviors like how to approach keepers for feeding and how to swim in a pool. All in preparation for when he joins the colony of penguins in the outdoor, award-winning exhibit in mid-summer.

Humboldt penguins are an endangered species, so this happy story is made all the happier knowing that quick work from a visitor, zookeeper and foster penguin parents means another conservation ambassador can thrive in our community!