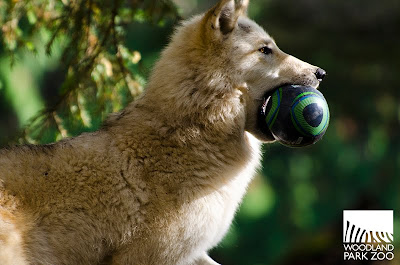 Scarves up! Woodland Park Zoo’s animals put their soccer skills to work today as we rallied for the Seattle Sounders FC’s run for the MLS Cup playoffs. 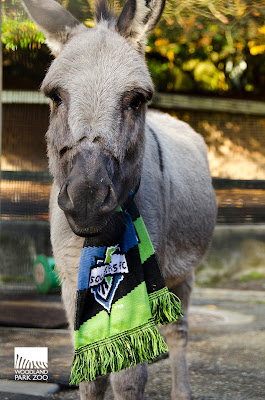 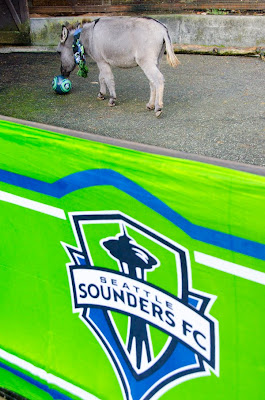 He used his mouth to get the ball out of the gutter and back onto the playing field. The ref is still out on whether that’s a legal move. 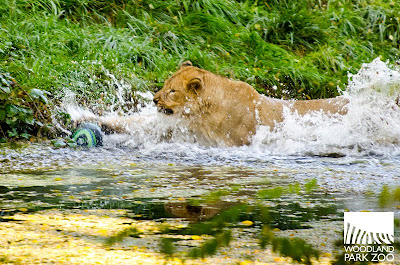 Next up was our frisky 2-year-old lion Adia who chased her ball all around the exhibit and even went after it when it splashed into the moat filled with water. 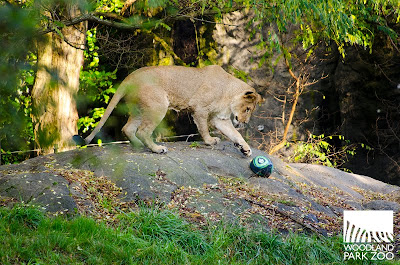 It didn’t take long for Adia to crush the ball with her bite and drag it back with her to her rock for safe keeping. 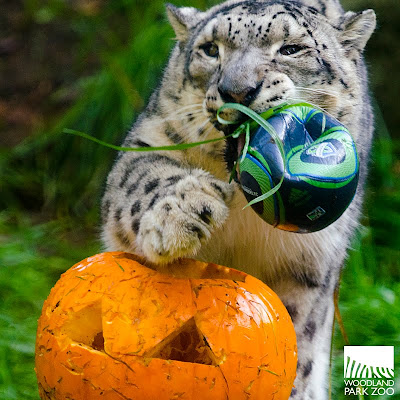 Five-year-old snow leopard Tom spent a good 5 minutes first rubbing his fur all over his soccer ball, enticed by the new scent it presented to his exhibit. Then he playfully tossed the ball in the air and romped up and down the hills of his exhibit in pursuit of the rolling ball. 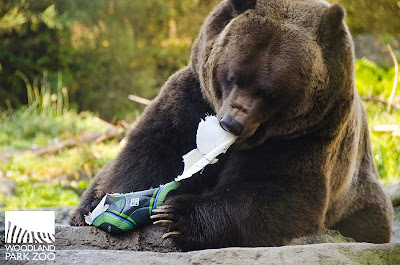 Grizzly brothers Keema and Denali, both 17 years old, knew something good was coming their way when a keeper went up to the roof of their exhibit ready to toss in a treat. As the soccer balls went flying into the exhibit, one bear went after the ball that plopped onto land and the other bear dove into the pool to chase after the ball that went into the water. 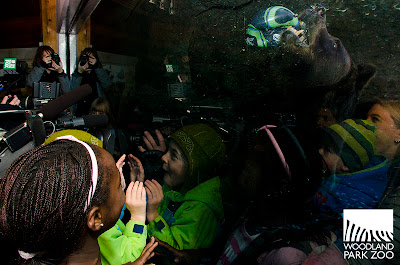 This one turned out to be less of a soccer playing exhibition and more of a massive jaw and teeth exhibition as the bears bit into the balls and deflated them with no effort, then tore them to shreds. 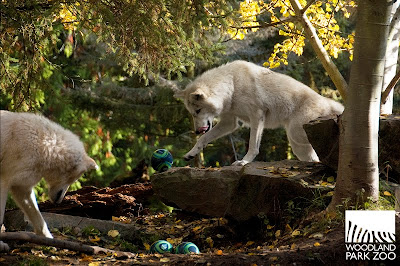 Last up was our pack of four 1-year-old gray wolves, sisters Doba, Shila, Aponi and Kaya. A mini Sounders soccer ball was placed out for each of them, and they broke into their usual pack dynamics with the alpha wolf getting first bite and the rest of the pack approaching after. 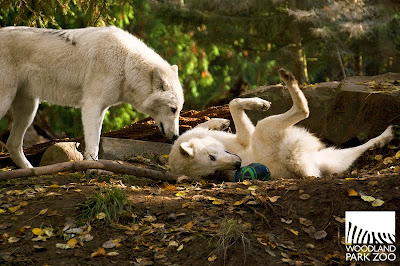 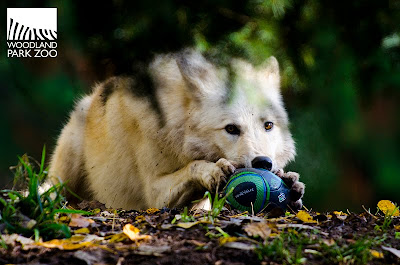 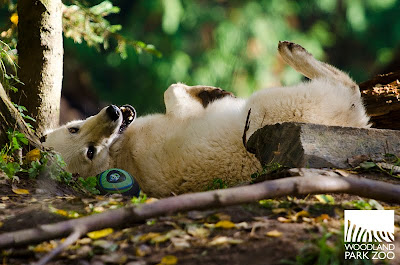 It was a thrill to see the repertoire of behavior with different natural instincts from each species coming out when presented with the soccer balls—from chasing, to scent marking and even tearing them apart. That’s all part of the game, right?