For Wolf Awareness Week, we’re giving you a glimpse into the fascinating dynamics within the zoo’s pack of wolves living in our award-winning Northern Trail exhibit. 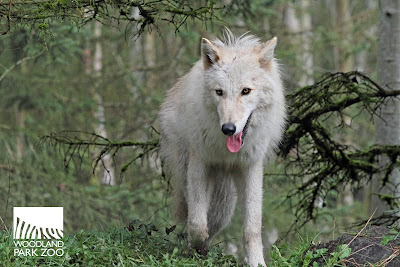 Did you know Woodland Park Zoo has had wolves in its collection for more than 60 years? The zoo’s wolves serve a critical role as ambassadors for their wild counterparts.

The current pack consists of four female litter mates born at New York State Zoo in April 2010. They have four distinct personalities. When you next visit the zoo, see if you can identify them from their pack behavior: 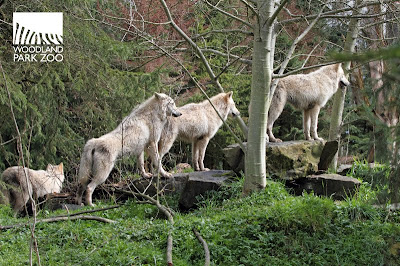 Doba is the pack's "alpha" or most dominant wolf. She is often visible in the front and center of the exhibit, where she can keep track of the other wolves. If you see a wolf gathering bones or toys that is likely to be Doba! 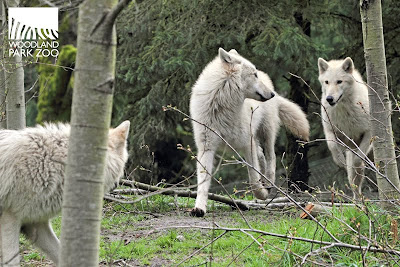 Shila is the pack's most submissive member. She spends most of her time lying a bit distant from the pack or in the far north end of the exhibit along the perimeter. Shila is usually hesitant to feed with the pack, but will wait until the others are finished eating then forage for the leftovers. 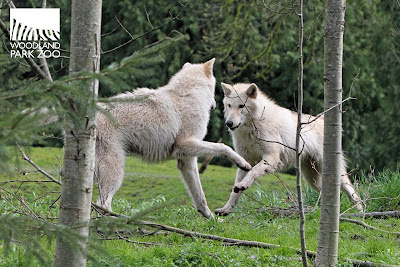 Aponi and Kaya are in the middle of the pack and at different times will take on the “beta” position. Aponi has a very playful disposition and frequently will be seen jumping up and down with her crooked tail held high. Kaya acts a bit more wary around keeper staff. During feeding times, Aponi will feed closer to Doba. It seems that only the wolves know for sure the correct dominance order of their pack!

The wolves can be heard occasionally howling in the early morning and late afternoon and sometimes when sirens go by the zoo, but not in response to visitors. 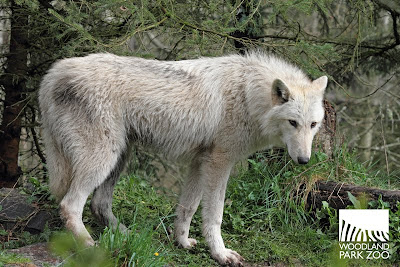 Our pack helps visitors connect with the challenges wild wolves face. You can learn more about those challenges and meet our wolves in person Oct. 22–23 with a weekend of special Wolf Awareness activities, part of our Autumn Fest celebrations. See you there!