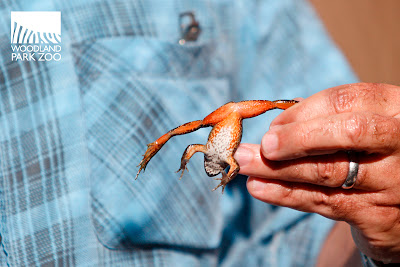 We’re getting ready to release more than 700 endangered spotted frogs into the wild next month. Before we can let the juvenile frogs go, we have to tag, weigh, sex and measure them so that state biologists can identify and track them once they’re released. 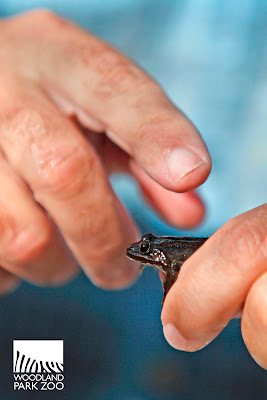 Not surprisingly, it takes a long time to do all that 700 times! Our zookeepers joined a Washington Department of Fish and Wildlife biologist on Monday for the hours-long process of prepping all 700 frogs, with more days of prep still to come.

Step one: Break out the ruler and record the frog’s measurements. 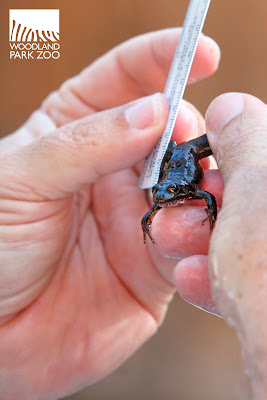 Step two: Place the frog in a container on a scale (then cover quickly so it doesn’t jump away!) and take its weight. 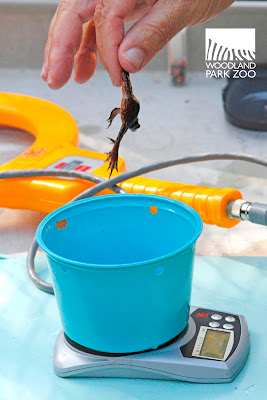 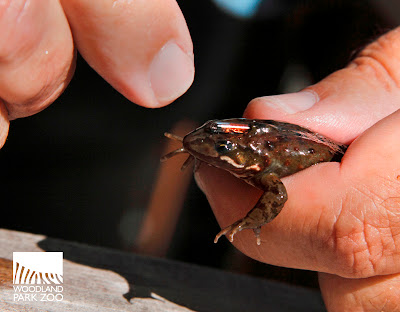 Step four: Note the sex of the frog and make sure all data is recorded. 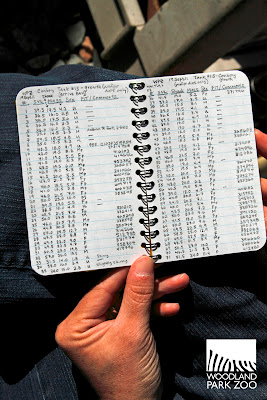 These frogs are just weeks away from being released, but they started their lives here late last winter when they arrived as eggs collected from the wild. These were special eggs—the first eggs to be collected from the wild release site, which means that the frogs we’ve released in previous years have been surviving and are now successfully breeding! 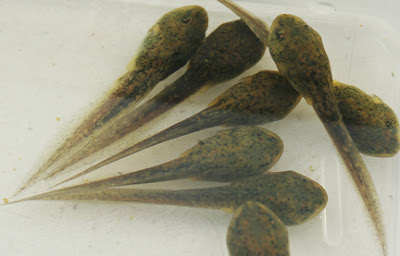 Since this endangered species faces a lot of hardship in its native environment, we are working with Washington Department of Fish and Wildlife to collect the eggs from the wild, raise them at the zoo until they are large enough to have a better chance of survival, and then release them into protected habitat, in hopes of re-establishing a self-sustaining population in Washington state. Oregon Zoo, Northwest Trek and also participate in hatching and rearing the frogs as part of the headstart program. 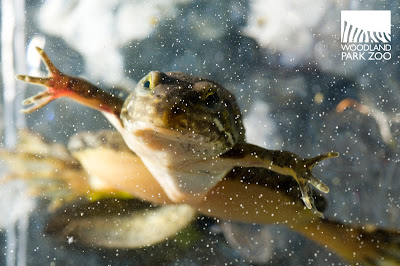 Through a partnership with Joint Base Lewis-McChord, the frogs are released in the area at . The protected site is suitable for reintroduction because of its diverse wetlands connected to a stream system than can support and sustain a frog population. 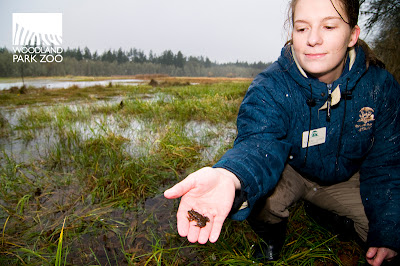 In total, 1,400 frogs from the participating headstart institutions will be released next month, which includes Woodland Park Zoo’s 700 froggy graduates. Any that are still too small to survive in the wild will be overwintered and have a chance to grow for a few more months before joining the rest at the lake site. 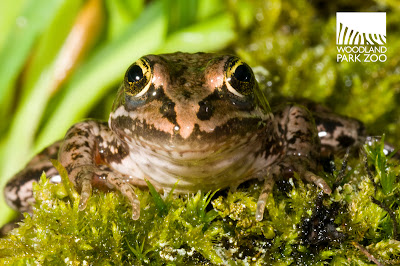 The Oregon spotted frog is near extinction due to loss of habitat, predation by non-native species such as the American bullfrog and disease. The amphibian historically ranged from southwestern British Columbia to northeastern California, but is now known only in Klickitat and Thurston Counties in Washington. Washington state declared the frog an endangered species in 1997. Your support of Woodland Park Zoo makes our conservation efforts to save these frogs possible. Thank you!