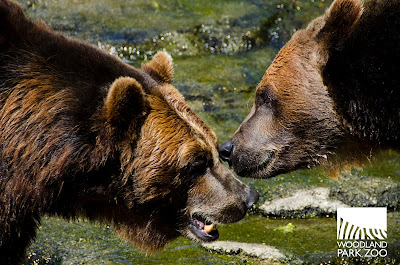 Keema and Denali stop to sniff each other after rolling around in coffee grounds.

Keema and Denali may not have known the world was watching, but they still put on quite the show Wednesday when we broadcast a special bear enrichment session through our newly relaunched Bear Cam.

The 17-year-old grizzly bear brothers received beehive and hornet’s nest-shaped piñatas Wednesday. While it took staff almost a week to put the piñatas together, it took the bears just minutes to destroy them! 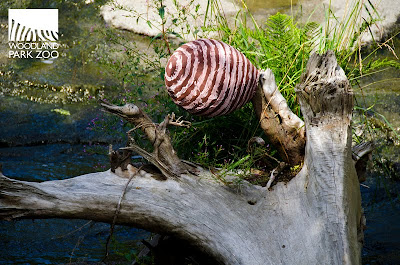 Inside the beehive piñatas, the bears found some of their favorite fruit treats including honeydew, apples, grapes and pears. The hornet’s nest contained a pocket of honey that the bears lapped up. 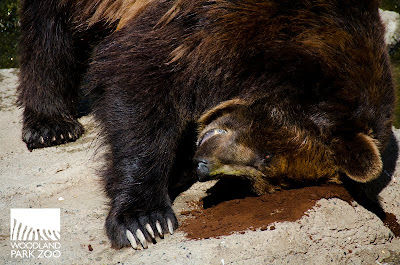 Scattered around the space were coffee grounds from Caffé Vita. Why coffee grounds? Since the bears have a strong sense of smell, such a pungent treat is extremely attractive and stimulating to them. The bears roll around in coffee grounds like a cat in catnip! 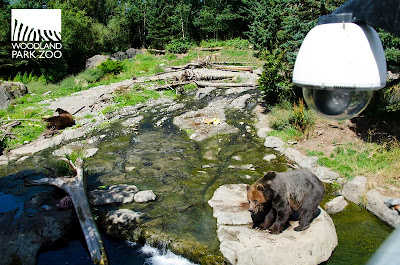 The Bear Cam hangs in the upper right corner, broadcasting an incredible view of the bears worldwide.

We also spritzed a little Chanel No. 5 perfume on a nearby log to add a little more dimension to the stimulating smells out there. That perfume has been popular with our snow leopards, and proved to be a treat for the bears as well. Keema and Denali rubbed up against the log just as they did with the pungent coffee grounds. 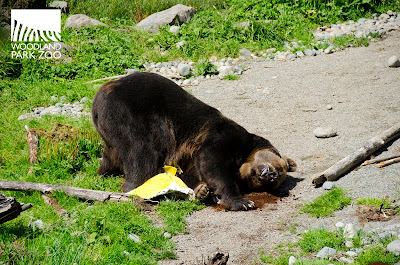 As part of the zoo’s excellent animal care, our enrichment program provides zoo animals with stimulating treats and activities that get their natural instincts going. We hope you were able to watch this special enrichment opportunity live at the zoo or via the Bear Cam, and that you’ll continue to tune in to the Bear Cam to watch the bears as they explore their exhibit daily!