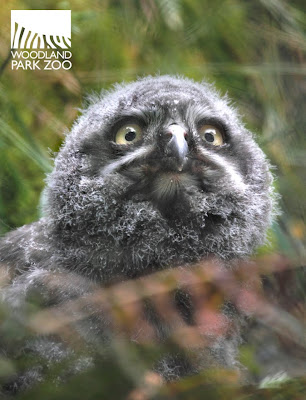 The snowy owlet that hatched in June is doing well and growing fast. It has begun to venture away from the nest and is quite active, moving around its exhibit and taking food from keepers now. 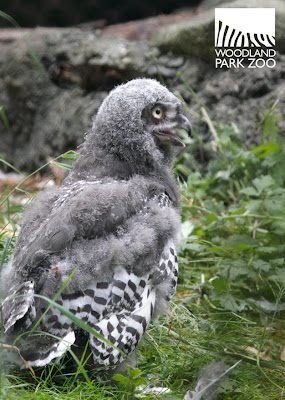 The chick had its first vet exam this week and weighed in at 3.3 pounds. Because of the decline in snowy owl populations due to West Nile virus, it was very important for this young bird to receive the first in a series of West Nile vaccinations during the exam. The vets also drew blood for DNA testing which will determine its sex—we’ll let you know when we get the results! 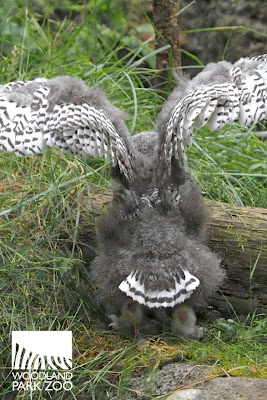 The chick is still largely covered with downy feathers but is beginning to grow in its adult plumage that gives the snowy owl its well-known white coloration. Look for the fast-growing chick on exhibit now in the Northern Trail biome of Woodland Park Zoo.