Snow is in the forecast at Woodland Park Zoo with the hatching of a snowy owl chick! This owlet was hatched on June 13 but we have not yet determined the gender of the chick. 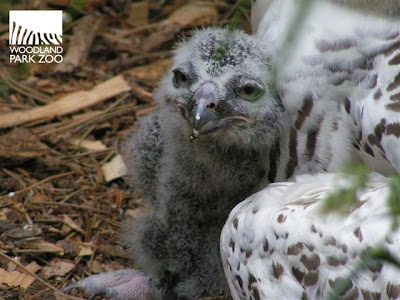 Keepers have been monitoring the owlet and it appears to be in good health. The parents and chick live in our award-winning Northern Trail exhibit, but you won’t be able to spot the chick just yet as mom is sitting on the nest taking good care it. The owlet is growing very quickly, and it might be just another week or two before visitors will be able to spot it. 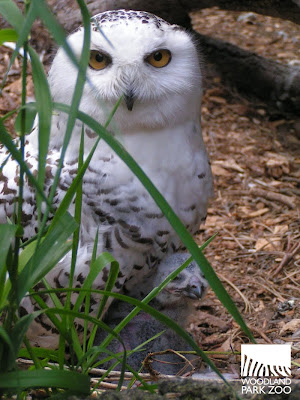 This species of owl is migratory and nomadic. Every seven to 10 years, the Arctic-dwelling snowy owl appears in Washington state during winter months in large numbers, known as an "irruption," a period when young owls leave their breeding range in search of food. 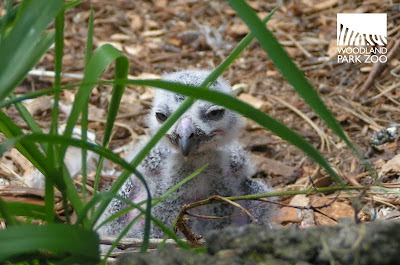 Many raptor species are facing decline due to human-imposed activities. Raptors provide many benefits—they consume many animals that humans consider as pests, such as rodents and destructive insects, and they help keep animal populations in balance. Catch one of our Raptor Flight Programs to learn more about raptors, the role they play in the environment, and how we can help protect them.