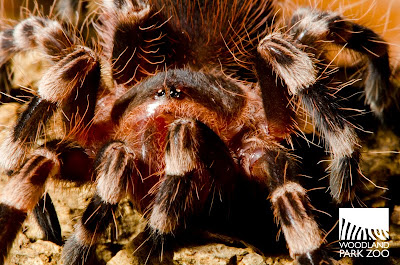 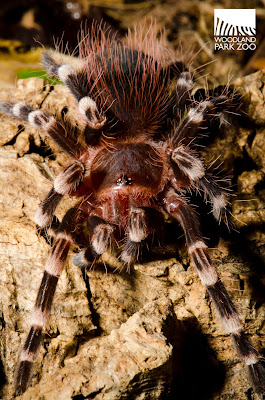 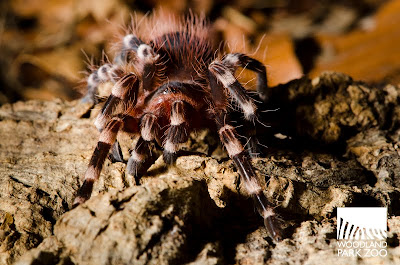 Kelly said…
WOW!! I'm so not a spider person but those poor things. How sad that 100 of them had to die. As creepy as they are, they are at the same time beautiful. I'm not saying that I want one as a pet or even want to see one in person but I really feel sorry for them to be taken out of their habitat and smuggled into our country only for a good bunch of them to die. Thank you for doing your part in saving the ones that you could and good luck in finding them new permanent homes.
May 20, 2011 at 10:52 AM

We've been keeping them behind-the-scenes for the past year because of the legal case, and we're looking for other accredited-zoo homes for most of them. We don't know yet how many or which types may remain here at the zoo, but if any end up on exhibit, we'll be sure to share!
May 20, 2011 at 3:54 PM

Kuei-Ti Lu said…
Although I am afraid of spiders, it is still sad to see them suffer or die (as long as they do not bother me, they are cute). As spiders, many species are smuggled and die in the process. I hope no more creature is smuggled and hope all the tarantulas can find a nice new home.
May 21, 2011 at 9:28 PM

Anonymous said…
I hope they are ok, and they can have a safe sound life after this is all over, even though I am terrified of tarantulas. :)
February 13, 2014 at 10:58 AM