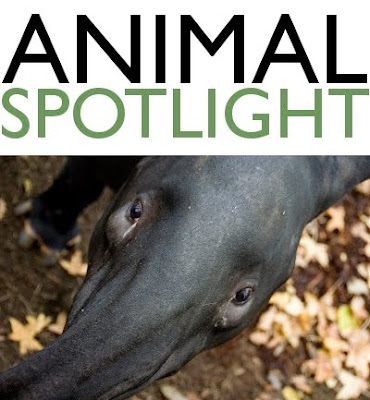 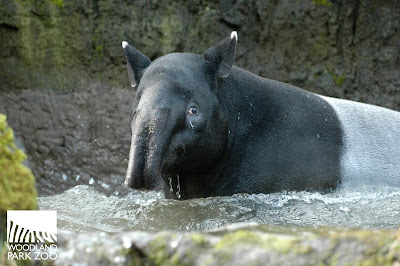 But now one of her likes is helping to protect her wild counterparts. That’s because Kelang also likes to paint, and her painting is being used to raise funds for the Tapirs Supporting Tapirs project, part of the Tapir Specialist Group’s efforts to study, protect and raise awareness for tapir conservation. Tapir Specialist Group is one of more than 35 conservation programs in 50 countries worldwide that Woodland Park Zoo supports.

Painting is a favorite enrichment activity for Kelang. She naturally tends to manipulate objects with her nose, so when she was given paint, she right away started playing with it, dipping in with her snout, creating designs and mixing colors. Here is the work she created with her most recent offspring, Rindang, for Tapirs Supporting Tapirs. 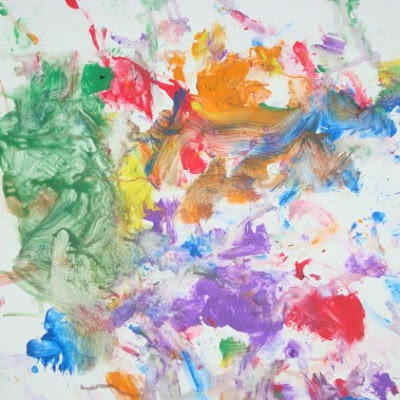 Kelang is an ambassador for her endangered species. She was born at Cincinnati Zoo in 1994 and came to Woodland Park Zoo to be paired with our male Rayai in 1995. The pair has had two offspring over the years, and Kelang has been a wonderful mother both times. From the beginning, she did everything right and was nurturing and protective of her calves. 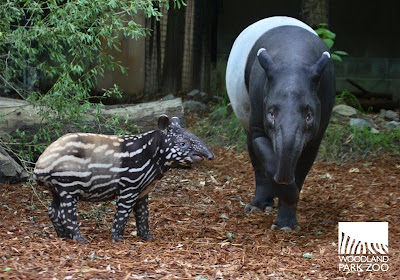 Kelang is a very intelligent animal and she has allowed keepers to work with her over the years with some amazing results. When she was pregnant, Kelang allowed keepers and vets to ultrasound her so that we got incredible images of her babies during her entire 13 month gestation! 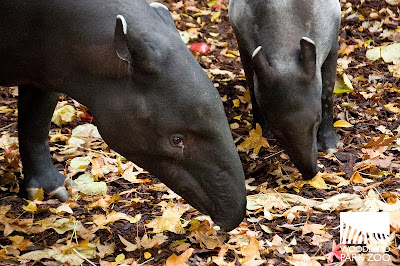 This smart, sweet, easy-going tapir is now 16 years old. She is very large for her species. Malayan tapirs are much larger than their cousins from Central and South America. Kelang weighs 960 pounds and many visitors from Malaysia have told us they think she is the biggest tapir they have ever seen! Come and see for yourself—stop by the Trail of Vines exhibit in our Tropical Asia biome to see Kelang on your next visit.

Kuei-Ti Lu said…
I think Kelang has drawn pictures for a while. What is the difference between one she first drew and one she drew later? Since tapirs are endangered, it is really difficult to know more about them.
May 11, 2011 at 5:51 AM

Woodland Park Zoo said…
Kelang has been using paints for a number of years.
There is really not much difference in what she paints now as compared to her earlier paintings. The biggest difference would be what colors are in the paintings. We give her several colors to use so it is really dictated more by what the keepers have available.
May 23, 2011 at 8:55 AM