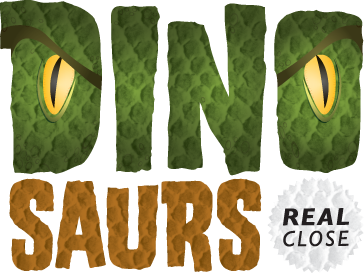 Our limited-engagement “Dinosaurs. Real Close.” exhibit opens this weekend! We’d like to introduce you to the cast of characters you will encounter when you step back through time for a Mesozoic meetup with friends and family in the new exhibit. 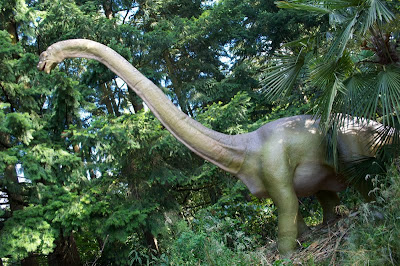 Brachiosaurus was one of the tallest and largest dinosaurs at about 42-feet tall and 100-feet long. This late Jurassic vegetarian weighed in at 50 tons, which is equivalent to around 20 African elephants! If the Brachiosaurus sounds a bit gassy when you encounter it in the exhibit, consider how much food it must have had to eat every day to keep up its size—which also explains why fossil evidence suggests its poop could weigh more than a small car! 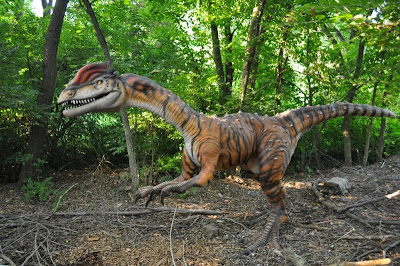 The crested Dilophosaurus looked fierce, but scientists tell us they likely appeared scarier than their bite. Dilophosaurus teeth and jaws were too weak to bring down or hold large prey. More likely their sharp claws and opposable thumbs would have been their main defense and most useful tools for scavenging and fishing for food. 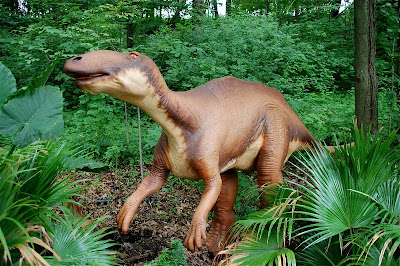 Ahh, the cheeseburger of the Mesozoic. Edmontosaurus was good, fast food for a number of predators in its Cretaceous days. Fossil evidence shows us that this duck-billed dinosaur had wobbly little hatchlings that may have stayed in their nest for nine months after coming out of their eggs, following their mother like 4-foot-tall ducklings! 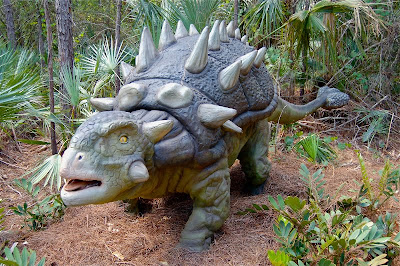 The herbivore Euoplocephalus was well armored and clubbed-tailed with a mass of bony plates fused over its back as protection against predators. Even its eyes had armored shutters! The underbelly was the only part of the body not protected. 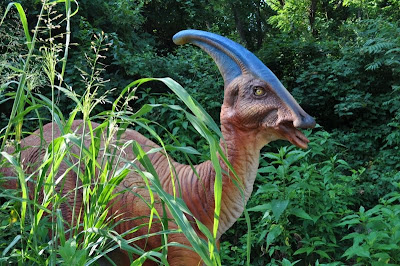 Like other duck-billed dinosaurs, Parasaurolophus had a hollow head crest that is believed to have been used as a resonating chamber to produce a distinctive call to other members of the herd. It may have played a role in mating and courtship. This unique dinosaur was slow moving, four legged and—amazingly—able to stand up on its rear legs in order to run or perhaps to browse higher branches of trees. 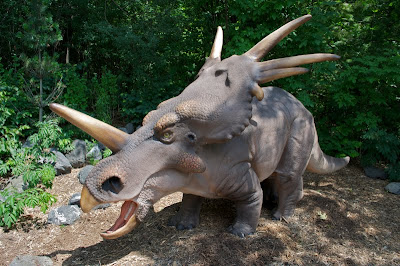 Seventy-five million years ago, herbivore Styracosaurus spent most of the day beak to the ground, nibbling on ferns. Researchers think that if a herd were under attack they may have surrounded their young as musk ox will do to create a defensive circle to intimidate the predators. The appearance would be formidable since they sport the largest horn of any dinosaur, and the neck frill would have added even more size to the fierce wall of heads. 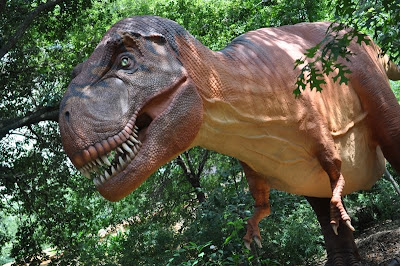 We all know Tyrannosaurus with the little arms, big head and massive bite. An adult was 40 feet long, weighed about 6 tons and was roughly 12 feet high at the hips. They hunted with an acute sense of smell, 3-D vision and were powered by huge hind legs making them very agile and just fast enough to catch their prey. 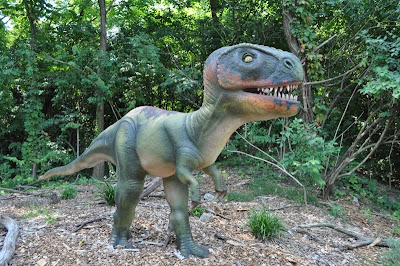 There’s a point in the exhibit where you will stand between a mother T. rex and her baby…perhaps the most dangerous place to be in all of prehistory!

With keeper chats, dinosaur biofact exploration, and a dino robot you can try your hand at operating near Zoomazium, you’ll be able to dig even deeper into the science of dinosaurs and find connections to some of the living species at Woodland Park Zoo. Remember, the “Dinosaurs. Real Close.” exhibit is $3 in addition to zoo admission or membership. Join us during opening weekend April 30 and May 1 and you’ll enjoy free, unlimited carousel rides courtesy of Seattle City Light! The dino exhibit, presented by U.S. Bank and The Seattle Times, opens April 30 and runs through September 5.

Kuei-Ti Lu said…
I noticed that the proportions of the body of the baby T. rex are different from those of the adult's. Is there any explanation, or can I find the answer in the exhibit?
May 1, 2011 at 1:56 AM

Woodland Park Zoo said…
Hmmm, good question. We checked in with the company that created the dinosaurs, Billings Productions Inc, and they tell us they worked with paleontologists to design all of the dinosaurs based on fossil evidence and scientific research. There's some creative license, of course, but for the most part the shape and proportions are based on those findings.
May 5, 2011 at 2:21 PM