Over the past two years, we have all watched snow leopard cubs Gobi and Batu grow and explore—from their precious first weeks, to their big debut, their first birthday and their participation in a smelly study to help track wild snow leopards. But now we’re preparing to say goodbye to Gobi, our male juvenile who is 2 years old and ready to move on to a new home at Rolling Hills Wildlife Adventure in Salina, Kansas. 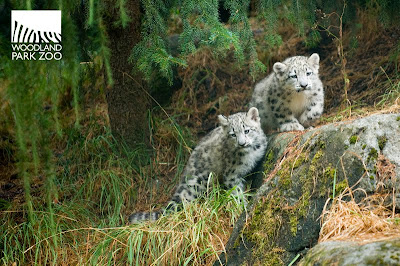 Gobi—who got his name from more than 35,000 votes cast by zoo fans—has been recommended to move as part of a cooperative breeding management program known as the Snow Leopard Species Survival Plan (SSP). SSPs work to ensure genetic diversity and healthy populations. 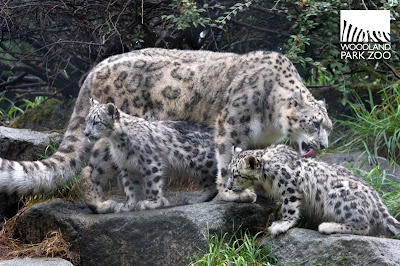 The SSP does not have immediate plans to breed Gobi, but this is an appropriate age for him to make his departure following the natural course of how snow leopards live in the wild. Snow leopards are essentially solitary animals and it is typical for them to leave their mothers to live alone at about 18 months old. In a few months, female juvenile Batu will also move, heading to Assiniboine Zoo in Winnipeg, Manitoba, Canada. 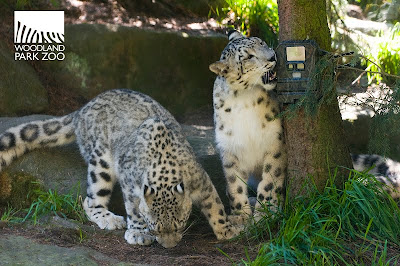 Gobi’s move is scheduled for April 7 so this is the last weekend to visit the twins together. 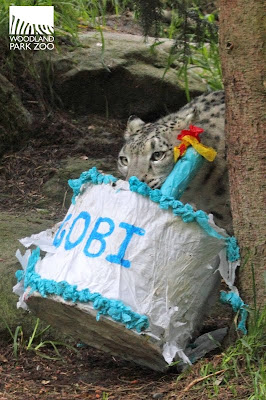 Snow leopard scientists estimate as few as 3,500 remain in the wild. Seattle-based Snow Leopard Trust (SLT) is among the 36 field conservation projects that Woodland Park Zoo partners with around the world. The Trust was created in 1981 by late Woodland Park Zoo staff member Helen Freeman, the namesake of the mother of Gobi and Batu. Through innovative programs, effective partnerships, and the latest science, the SLT is saving these endangered cats and improving the lives of people who live in the snow leopard countries of Central Asia.

brynnjamin. said…
so sad! when will batu be moving?
but good for them. these are beautiful creatures and i will pray for both of them.
March 30, 2011 at 1:10 PM

Woodland Park Zoo said…
Batu will be moving in a few months. The date has not been set yet. Since her move will be international (going to Canada), it will take a bit more time to process and prepare.
March 30, 2011 at 1:17 PM