Newborn elephant observed in the wild

Any time an endangered animal gives birth in the wild it is an event to be celebrated. When it is an African elephant calf born in the evening twilight rather than late at night, and observed by WPZ Partner for Wildlife the Tarangire Elephant Project, it is a moment to be shared with everyone that supports the zoo, its partners, and our conservation mission. The following is an update from the field by Tarangire field assistant Mustafa Hassanali on the newborn elephant he observed in Tarangire National Park, Tanzania… 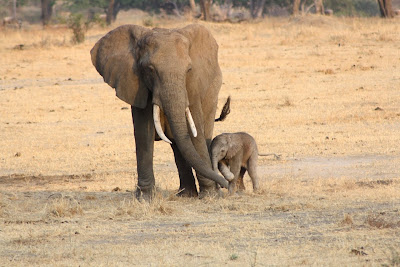 In the early evening on September 9, we saw Olive and her 18-year-old daughter, Olie, huddled together in an area of open grassland. They adopted a threatening posture as we drove up close to them, as we didn’t yet realize what was happening. Olie ran away with her calves and then we saw Olive and a small female calf, which had probably been born only a few minutes earlier. She was extremely wobbly and could barely stand. Olive was kicking up dust to cover the scent where the calf was born and also picking up the fetal sac and tossing it to one side.

Shortly after the birth, the calf began exploring her mother with her tiny trunk, but could not find her mother’s teats and instead tried to suckle against Olive’s hind leg. 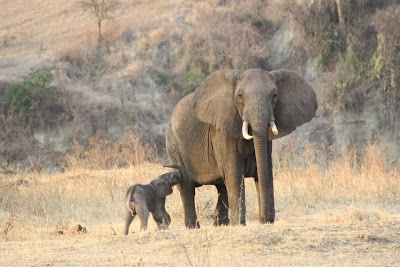 The calf remained very wobbly and tried to suckle for nearly an hour. While we were watching she fell about three times, and each time Olive would carefully lift her up and steady her newborn daughter with her trunk.

Olive started to walk away at about 6:00 p.m., but the calf was struggling to follow her mother. After another 15 minutes the calf finally managed to suckle successfully for about 30 seconds before she fell over again and her mother quickly lifted her up. 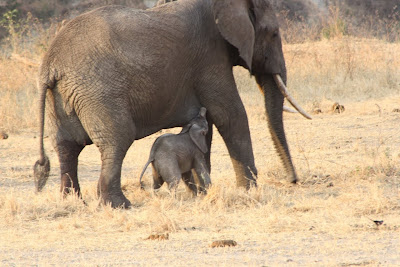 Olive then slowly walked towards the other members of her family group, who were feeding not far away. Although wobbly, the calf was now better able to follow her mother. 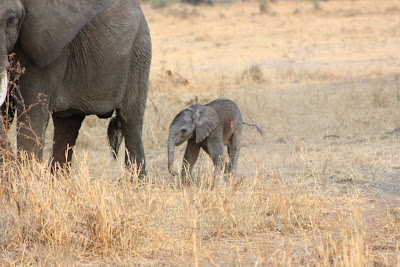 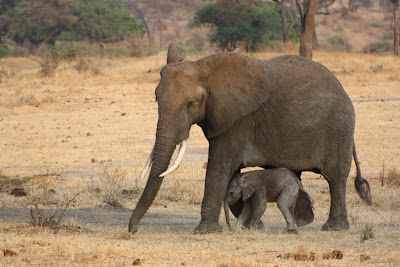 Three days later we saw Olive and her daughter and she looked very strong and was doing a good job keeping up with the group.

Want to help support Woodland Park Zoo and our conservation efforts around the globe? Text WPZ to 20222 to donate $5 to the zoo today. Messaging and data rates may apply. For details visit www.zoo.org/text2give.
Photos courtesy of Mustafa Hassanali/Tarangire Elephant Project.