Oregon spotted frogs make a splash in the wild 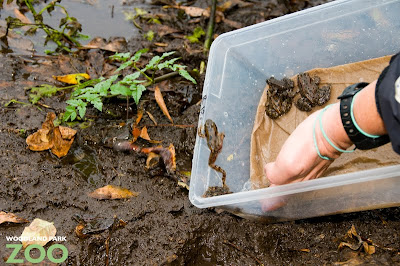 With native Oregon spotted frog populations decimated by 80%-90% in our own backyard, we’re committed to recovering their numbers and working towards a self-sustaining wild population. To help with that recovery, Woodland Park Zoo recently released 643 endangered Oregon spotted frogs into the wild. Reared at the zoo for the first months of their lives, these frogs took quickly to the protected lake where we released them, jumping right into their new environment. 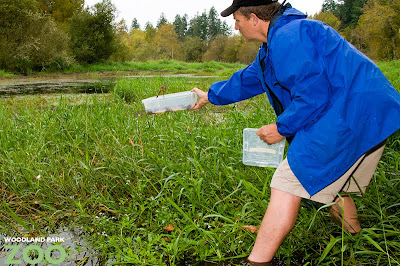 The work starts when Washington Department of Fish and Wildlife collects batches of Oregon spotted frog tadpoles and eggs from the wild and we rear them at the zoo for several months giving them a safe, predator-free home as they go through metamorphosis. This year’s frogs arrived to us as tadpoles in April and May. 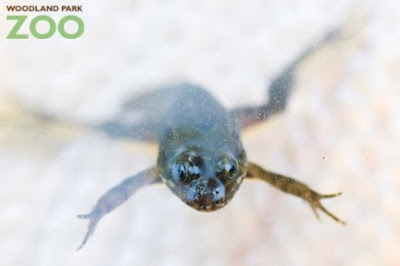 Before release, the frogs are screened for health, measured and weighed, and some of them are tagged so that scientists can identify and track them over time once released into the wild. 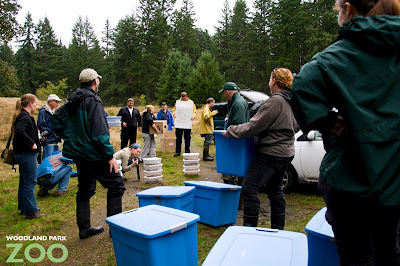 Joining efforts with other local zoos including Oregon Zoo and NW Trek, as well as Washington Department of Fish and Wildlife, we went out to a protected lake on the Fort Lewis Military Reservation in Pierce County to release a total of more than 1,300 frogs all together. As they grow and adjust to their new environment, we hope to see the frogs breed and establish a sustainable population on their own. 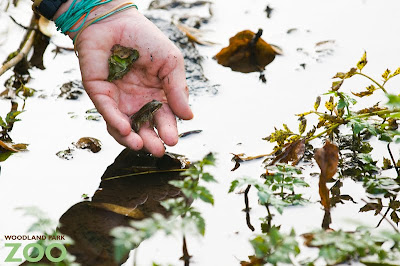 Until then, we’ll continue headstarting the frogs here at the zoo and replenishing the wild population. But saving this species takes more—we need to monitor and mitigate the factors that have led to the endangered status of these frogs including habitat loss and pollution, and invasive species. You can help by avoiding the use of pesticides in your yard and reducing the pollution that impacts our local wetlands.

The cycle continues this spring when we get a new batch of tadpoles or eggs and headstart the next generation of a species we hope will thrive once again in our beautiful Pacific Northwest.