Bears in your backyard? Get Bear Smart 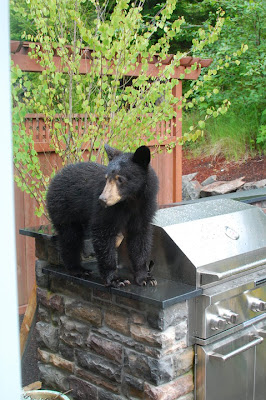 Recently I met Maggie B., who lives in Wisteria Park. For several weeks, she had a bear in her yard. Maggie and her husband, as well as a few other neighbors, do appropriately store their garbage in garages until the morning of pick-up to deter bears. Unfortunately, many of her neighbors do not follow the same Bear Smart practices, which is why the bears continue to visit the neighborhood and her backyard. 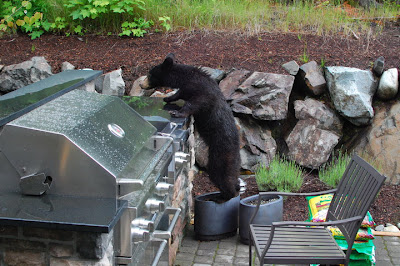 The bears were entering the Wisteria neighborhood through Maggie’s yard, as well as other neighbor’s yards. Once the bear smelled ripe garbage it wandered down the alley pulling out trash from garbage cans and brought the trash back into Maggie’s yard where it ripped open the bags to eat everything and anything it could find. 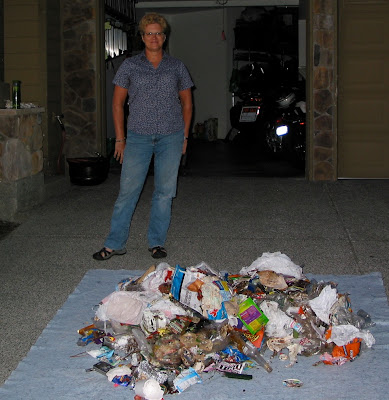 Over a four-day period Maggie collected three large bags of other people’s garbage from her yard and the greenbelt area adjacent to her home because she was concerned about the welfare of the bear and the safety of her community.

Bears have an acute sense of smell and can smell garbage a mile away that is not properly stored. They also have an incredibly good memory. Once a bear becomes food-conditioned to high calorie foods, such as garbage, sunflower seeds, and even biodiesel, they will keep coming back for more. 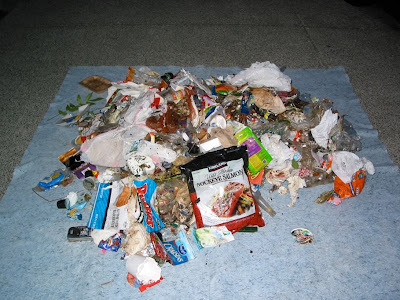 As part of our Grizzly Bear Outreach Project (GBOP) Bear Smart program, I provided timely assistance to Maggie and the community to address the immediate problem. As field representative for the Hwy 90 corridor, I worked with Maggie to reach out to her neighbors and provide information about how to be Bear Smart, from properly cleaning barbeques and storing garbage to reducing bear temptations by picking ripe fruit from trees. Together we went door to door providing information about these and other simple steps homeowners can take around their home to avoid attracting bears. When community members learned how food-conditioned bears become dangerous nuisances, they were willing to secure their trash.

We also asked homeowners to sign a petition asking the Board of Directors of Issaquah Highlands to require community members to store garbage in garages until the morning of collection. Most members were willing and happy to sign. Unfortunately, while there has been less available garbage for the bears, they are continuing to return because there is still some unsecured trash in the neighborhood. GBOP will continue to work with community members to provide important Bear Smart practices and emphasize the importance of keeping bears wild and people safe.

The Grizzly Bear Outreach Project (GBOP) is one of 37 Woodland Park Zoo conservation partners working to save wildlife and habitat in 50 countries around the world. GBOP’s Bear Smart program encourages communities and individuals to help reduce bear- human conflicts by helping local homeowners to identify and eliminate bear attractants. The more people understand bears, the more likely they are able to co-exist peacefully with them. Learn more about GBOP and other Woodland Park Zoo Partners for Wildlife and how you can help.