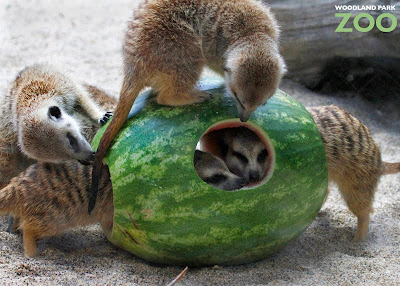 Anonymous said…
Hey, could you guys post the meerkats radio commercials? Those things are *hilarious*, and, if I might say, much better than the dancing meerkute ads...
July 5, 2010 at 9:37 AM

Woodland Park Zoo said…
Both the "Meerkute Dance" video and the radio commercial are already up! Visit http://www.zoo.org/meerkute to see and hear!
July 9, 2010 at 7:58 AM

Ric Brewer said…
You can find out the names of the meerkats on Meerkat Manor at Discovery Channel's website: http://animal.discovery.com/fansites/meerkat/meet/meet.html
August 18, 2010 at 12:09 PM