Tamarins rescued from the brink

If you've been to our Tropical Rain Forest building, you have no doubt been drawn to the lustrously-maned little monkey from Brazil, the golden lion tamarin. But did you know that these primates are ambassadors for one of the most well-documented and inspiring stories of conservation success in the wild? 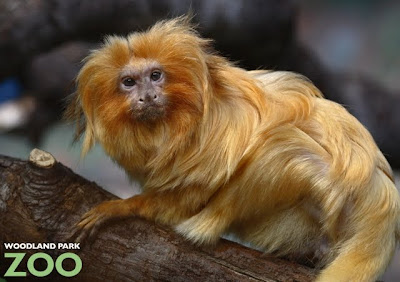 It goes back to the late 1970s, when population surveys conducted in tamarins' shrinking rain forest habitat located along a sliver of coastal Brazil discovered that these vibrantly colored primates were in severe decline: only 200-600 still existed in total and with the continued destruction of their habitat, their extinction looked imminent.

But a consortium of zoos, including Woodland Park Zoo, banded together to captive-breed and release genetically diverse golden lion tamarins back into Brazil, along with creating habitat protection plans to ensure there would be places for them to grow their population. Woodland Park Zoo contributed one of the first family groups of captive-bred tamarins that were reintroduced into Brazil. Populations have also been recovered through translocation--moving wild tamarin populations that were otherwise doomed in tiny, fragmented forests into protected areas. 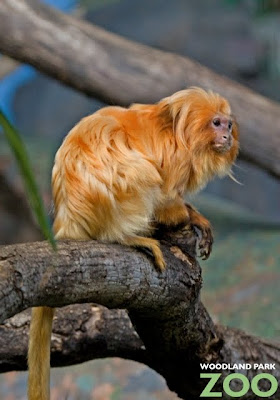 As a result of these conservation efforts, the species was downlisted to Endangered from Critically Endangered in 2003. Currently, about one-third of the wild population descends from the reintroduction program. The reintroduction of captive-born golden lion tamarins has contributed significantly not only to the numbers living in the wild, but also to the protection of 3,100 hectares of forests within their range.

Today, population surveys indicate the presence of more than 1,000 tamarins. While they still remain at risk, there is hope today for tamarins and we can all play our part by minimizing our impact on their habitat.

Want to learn more? Go behind the scenes at the Tropical Rain Forest exhibit and meet the keepers with our upcoming Eye-to-Eye tour on July 24.