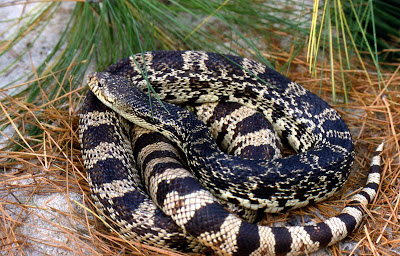 Never heard of the Louisiana pine snake? Maybe that’s because it is the rarest snake species in North America. The Louisiana Pine Snake Species Survival Plan (SSP) is one of the newest conservation projects the zoo is helping to fund and support. The program aims to return the snake to central Louisiana after a 60-year absence. In fall 2009, scientists conducted on-site inspections of five potential release sites and eventually selected a location in the Kisatchie National Forest that would provide an appropriate habitat for the reintroduced population and its future offspring. 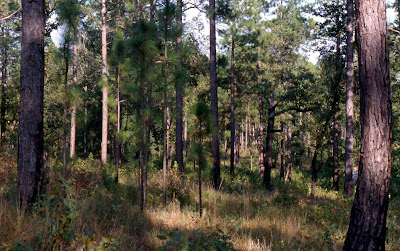 Zoos that are participating in the SSP are helping by breeding these snakes to produce offspring for eventual release, with the goal of releasing 40 newly hatched Louisiana pine snakes in 2010. The next step is then to monitor subsets of the snakes released using radio-telemetry to learn more about how the animals are surviving, what their home range is like, and how close they stay to the place where they were initially released. Ultimately, if all is successful, the long-term goal is to contribute to the recovery of the Louisiana pine snake by restoring an acclimated, breeding population in the wild. 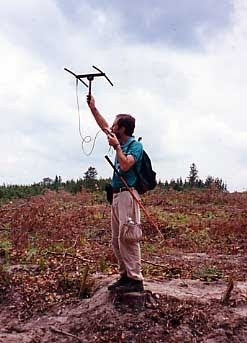 At Woodland Park Zoo, we have a pair of Louisiana pine snakes living behind the scenes of our Day Exhibit, where most of the zoo’s reptiles and amphibians reside. Our pine snakes are part of the SSP program and we received a new male for breeding this year. While our offspring will not be released into the wild, they will play an important role in bolstering the captive population in order to increase genetic diversity as part of the overall effort to recover this species and keep the population healthy.

The Louisiana Pine Snake Species Survival Plan is one of more than 30 field conservation projects in 50 countries around the world supported by Woodland Park Zoo.

Danielle said…
I am pretty sure I just came across one of these beautiful snakes in my back yard. I live in Tickfaw, Louisiana. I would say it is about 5 ft if not longer, I had no idea what kind it was until I looked it up online. Anyway I found it interesting that it was rare, yet alive and doing very well in my back yard.
May 15, 2011 at 2:30 PM