It was a perfect day for birding weatherwise for our annual Early Morning Birdwalk at the zoo this past Saturday: temperatures in low 50s, perfectly blue skies, no wind. If only the birds would cooperate! About 30 guests met us at the zoo's South Entrance at 6:45 a.m. After a brief introduction, we split the group up into two smaller parties. One group was led by raptor keeper Tom Aversa and docent Pat Bredouw. The other group was led by me with great assistance from docents Anna Martin and Laurie Ann Dudley. We wandered around the most likely places on the zoo grounds in hopes to spot some migratory birds that have stopped here for some fattening up before their next leg of their nocturnal migration north. 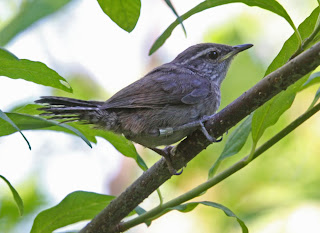 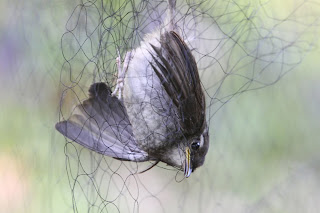 Everybody enjoyed the opportunity to walk around the peaceful and tranquil zoo during these early hours before opening. Eventually we all met up at the Family Farm to see what curator Mark Myers and zookeeper Stephanie Miller had caught in the mist nests. Everybody was lucky and thrilled to watch Mark and Stephanie measure and band several Bewick's wrens that were recently mist netted. Earlier thay had caught several dark-eyed juncos. 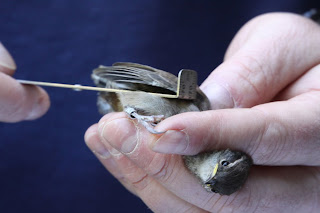 Afterwards, we all meandered to a table where coffee, juice, fruit, and assorted pastries were served by keeper aide/zoo ambassador Cathy Sommerfeld. Here, everybody received colorful posters that celebrate 2010 International Migratory Bird Day. This year's theme is partnerships in bird conservation—a theme we can get excited about here at Woodland Park Zoo, as we partner with conservation programs across the globe to help protect birds including raptors, cranes and hornbills. 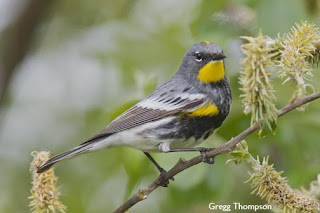 Anonymous said…
speaking of birds at the zoo, what is the story with the duckling that hangs out with the hottentot teal in the savannah aviary?
May 15, 2010 at 6:43 AM

Woodland Park Zoo said…
That's a mallard duckling that worked his way in. Once it's large enough to fend for itself, it will be put outside the Aviary, though it will probably continue to "hang-out"!
May 17, 2010 at 9:42 AM