Big Hopes for a Small Species 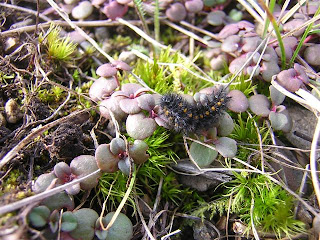 The release into the wild may be the exciting and deeply rewarding climax to this pilot program, but the story begins with the arrival to the zoo of 510 very sleepy, fuzzy black caterpillars that were just waking up from almost six months of diapause (winter resting). The caterpillars were hatched and reared at Oregon Zoo last summer before entering the natural resting period late last summer. 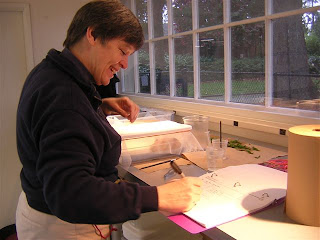 At Woodland Park Zoo, the larvae were set up in plastic bins where they were fed, watered, and carefully monitored for about 10 days. During their stay, the caterpillars ate like, well, very hungry caterpillars! Along with my fellow keeper Diane Abbey, we harvested nearly 100 plantago leaves per day for the growing caterpillars. which got big enough to show their fuzzy black bristles and several beautiful orange spots on each slowly growing backside! 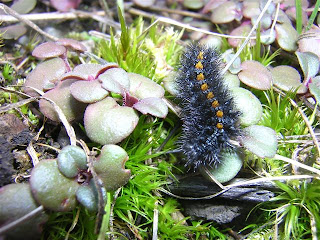 Why so much fuss over a little caterpillar? Because these ecologically valuable larvae are part of a Washington State Department of Fish and Wildlife and Oregon Zoo project started in 2004 that may be the last hope of saving the Taylor's checkerspot. These native butterflies as adults are beautifully marked with black, orange and cream. 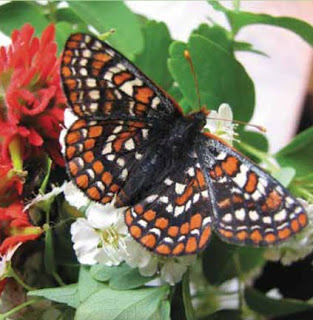 They are native pollinators of plants that are in imminent danger of extinction. This medium-sized butterfly, the darkest subspecies of Edith's checkerspot butterfly, was once found from south Vancouver Island through parts of Washington to Oregon's Willamette Valley. It needs open prairie grassland or oak balds to survive. Because of the loss and fragmentation of habitat, invasive nonnative plants that out-compete the paintbrush, plantain, and nectar plants needed by the checkerspot, and other lesser known factors, the beautiful Taylor's checkerspot is considered a state endangered species here. By captive-rearing these caterpillars, their chances of surviving to pupation and emergence as adult butterflies are increased significantly. 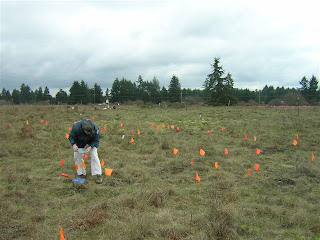 So on their last day at Woodland Park Zoo, each caterpillar was carefully packed, given a few plantago leaves for food, joined me on a little road trip and were then released into a restored area of Puget Sound prairie habitat. Throughout the year, the site will continue to be monitored while they eat, grow, and pupate, eventually emerging as the unique Taylor's checkerspot butterfly— the winged hope for the future of a species!