Five-year-old best friends Hannah Madsen and Sophia Rascoff aren’t just all about fingerpainting and playing dress up. These two enterprising kids are helping to make a better future for the endangered western pond turtle by raising money for their care at Woodland Park Zoo. 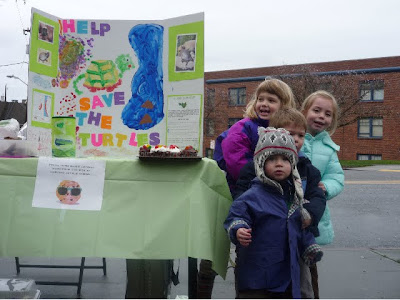 During a visit to the zoo, Hannah watched the video near our Template Wetlands exhibit that features the story of our conservation efforts for this native turtle. Hannah’s mom, Susan, said her daughter was so taken with these shelled creatures that she wanted to help. So she enlisted classmate and buddy Sophia and put together a bake sale to help raise money for the zoo’s Western Pond Turtle Recovery Project. The girls made a colorful sign to display at the sale and offered a variety of homebaked and donated pastries and cookies. Susan said some people even gave a $20 bill for a single cupcake!

Susan contacted the zoo to see if the girls, along with some of their classmates from a local school, could meet some of the turtle hatchlings that overwinter at the zoo, growing throughout the cold winter months so they will be large enough to be released in the summer. 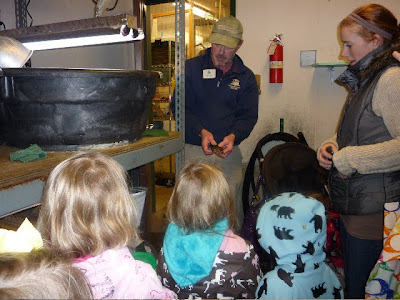 On February 3, the group met with keeper Ernie Rose and was given information about the turtle rearing project and some basic rules before heading into the behind-the-scenes room where the hatchlings are housed. Afterwards, Hannah and Sophia presented a whopping $366.32 to Ernie, the bills and odd change stuffed into a can festively decorated with a frog and water motif by the girls. 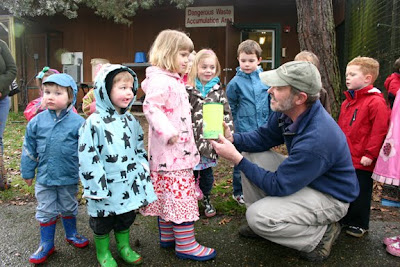 While Hannah and Sophia seem to live up to the old axiom that girls are made of sugar and spice, they went a step further to show that they also can be amazingly inspiring and aware of the needs of the world around them. Thanks, Hannah, Sophia and all those who helped!

Spencer Rascoff said…
Great job everyone! It was a lot of fun helping out!

Anonymous said…
Our world will be a better place thanks to people like Susan, Hannah, Sofia and their classmates. Great job!!
February 14, 2010 at 1:26 PM