Cast your vote to name a snow leopard cub 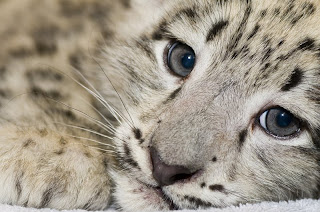 Photo: This male snow leopard cub, pictured here at 9 weeks, needs a name selected by you! Photo by Ryan Hawk.

Anonymous said…
Batu and her brother are absolutely adorable! I miss you all at the zoo, and am so glad you keep the blog going so I can stay updated! Now, if only I could think of a name...
August 5, 2009 at 10:24 PM

SnowLeopard said…
Question: it says here on the blog that you can vote as often as you like through midnight Aug. 12, but on the vote casting page, it says only one vote per person. I did vote several times, but now am wondering if they won't all be counted? If this is the case, oops on my part for not reading all the directions on the voting page, and I'll stop voting now. :) Thanks~
Amber
August 11, 2009 at 9:49 AM