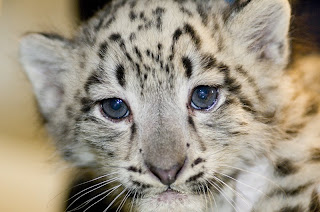 “Hey, sweetie” may sound pretty cute, but a male snow leopard cub needs a befitting name to match his majestic beauty. Starting next week on August 4, you can help name the 2½-month-old cub through Woodland Park Zoo’s online naming poll.

The female cub has been named Batu (pronounced BAH-too), meaning firm, hard, honest in Mongolian. You'll have your choice of four Mongolian names for the male cub:

Mongolia is one of the 12 countries that is home to the endangered snow leopard. 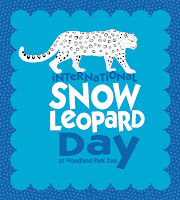 The winning name will be announced when the cubs make their public debut at Snow Leopard Day on Saturday, August 15. The third annual event is hosted by the zoo and its conservation partner, the Snow Leopard Trust, to highlight the fascinating adaptations of the snow leopard and critical conservation efforts to protect them in the wild. 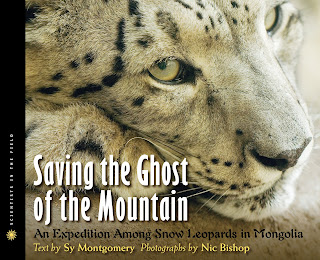 Once you vote, snow leopard fans ages 18 and older will also have a chance to enter to win a fabulous snow leopard prize package: a 12-month ZooParent adoption of a snow leopard with a plush snow leopard and certificate; a signed copy of “Saving the Ghost of the Mountain: An Expedition Among Snow Leopards in Mongolia” by award-winning author Sy Montgomery and photographer Nic Bishop; and a commemorative framed photo of the snow leopard cubs.

Stay tuned next week for the naming poll link when the poll kicks off on Tuesday!
(Snow leopard cub photo by Ryan Hawk.)

SnowLeopard said…
Awesome! Thank you for letting us participate in naming him! Especially those of us who live too far to come visit on a regular basis~ :)
July 30, 2009 at 9:08 PM

Americas Best Zoos author said…
I vote for "Gobi". I like zoos and exhibits which associate their animals with where they come from.