That’s an area the size of all five NYC boroughs combined!

After 12 years of work, Woodland Park Zoo and partner Conservation International have reached agreement with Papua New Guinea land owners and government to establish the YUS Conservation Area, named for the region’s three rivers, the Yopno, Uruwa and Som. The area will protect thousands of species—including the endangered Matschie’s tree kangaroo—and some of the most critically diverse habitat on the planet. 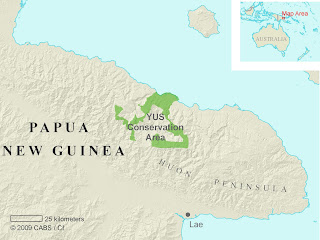 Though the nation has declared protected areas in the past, this is the first of its kind to prohibit all hunting, mining, logging and development—a new level of commitment to conservation a decade in the making for the people of Papua New Guinea and Woodland Park Zoo. 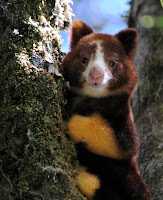 To learn more about the zoo’s road to this conservation milestone, read the full story at TKCP online.

Want to play a part in this story? Woodland Park Zoo has received a matching challenge grant from Conservation International (CI) to establish a trust that will support the management of the Conservation Area into the future. We are trying to raise $1 million by 2010, which CI will then match for a $2 million trust. To donate, go to WPZ’s giving page and select the Tree Kangaroo Conservation Trust option.