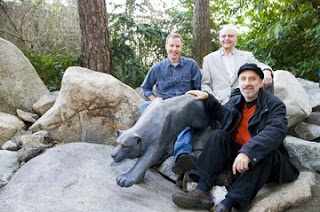 The champion of snow leopards, Helen Freeman, was remembered over the weekend at a private ceremony held at Woodland Park Zoo that paid tribute to her tireless efforts toward protecting snow leopards and establishing the Snow Leopard Trust. Family, friends, the Snow Leopard Trust, and the zoo unveiled an ensemble of bronze sculptures that illustrates the lifetime passion of Freeman who passed away in 2007. 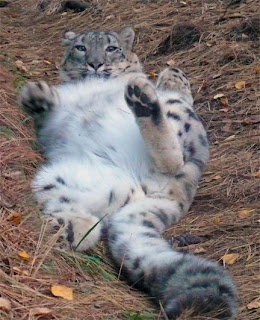 commemoration to Freeman is located near the zoo’s snow leopard exhibit. Members of the Snow Leopard Trust (SLT), Freeman’s family, and local artist Gretchen Daiber collaborated with the zoo to create the sculptural vignette: a clipboard detailing Freeman’s observations of snow leopards, a leaping snow leopard and a small plaque.

Freeman’s interest in snow leopards began in the early 1970s as a volunteer docent at the zoo where she began studying the zoo’s pair of snow leopards from Russia. She discovered a new passion for the endangered cats, which led her back to school for a second degree in animal behavior at University of Washington. The countless hours she spent studying the elusive cats grew into a multinational research effort. In the early 1980s, she became the zoo’s Curator of Education and, in 1981, she founded the Snow Leopard Trust.

Under Freeman’s guidance the Trust pioneered new approaches to snow leopard conservation and its habitat in Asia, placing local peoples at the center of the movement. Freeman ultimately became one of the world’s foremost experts on the behavior of snow leopards in captivity and a key figure in international snow leopard conservation. In 2008, the SLT continued Freeman’s legacy by launching the first ever long-term study of wild snow leopards, greatly advancing knowledge of and conservation efforts for the beautiful felines.
Also as a tribute to her, the zoo's newest female snow leopard was named "Helen" in her honor. As you can tell from the photo, Helen is quite comfortable here!
(Photo of the Freeman family: Doug, Stan and Harry posing around the new statue by Ryan Hawk. Photo of Helen the snow leopard by Judy Nyman-Schaaf)