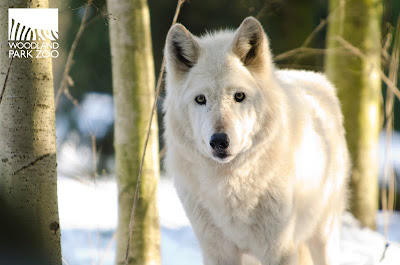 Since their arrival last April, Woodland Park Zoo's new gray wolves have been delighting visitors with their majestic appearance and playful behavior. The four canids, all female, are an important way for the zoo to help tell the story about this important and endangered species from the Northwest. It also very timely, as the state Fish and Wildlife Commission is considering a state-wide wolf conservation and management plan—a proposal that Woodland Park Zoo supports. 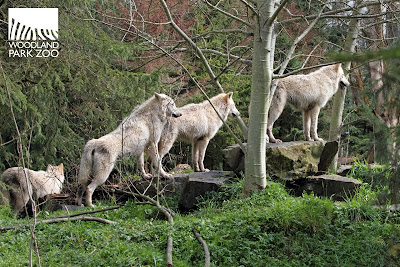 Why Conserve Wolves?
Gray wolves, also called timber wolves, historically were found throughout North America, but they were relentlessly pursued and killed so that by the mid-1930s wolves were on the verge of extinction in the lower 48 states. Following their 1973 listing as endangered under the federal Endangered Species Act, wildlife management efforts have enabled wolves to make a comeback in the Great Lakes and northern Rockies. Biologists estimate that today the lower 48 states support a wolf population of about 5,000 animals; a number that is only 3% of the pre-European-settler population of 190,000 wolves. 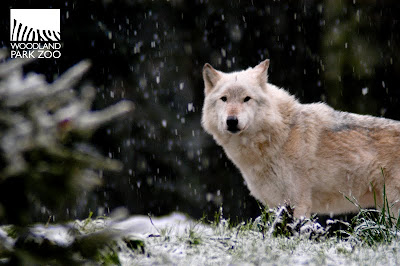 Conservation biologists are encouraged by the ongoing recovery of gray wolves in the Great Lakes and northern Rockies, but also seek to strengthen wolf populations across a wider geographic range, including the Pacific Northwest. There are both value-based and practical reasons for sharing our lands with wolves. Many outdoor enthusiasts, for example, support wolf conservation because they believe in preserving these living symbols of wilderness and because wolves create a deeper experience for people when recreating in backcountry areas. Scientists increasingly are focusing on the roles wolves play in ecosystem health, based on recent discoveries of the ecological and economic benefits that top predators like wolves provide.

It is widely recognized that wolves, as a top predator, directly influence populations of elk, deer, moose and other prey animals. But it has only been in the last 15 years that scientists have unraveled the full extent of wolves' impacts on local fauna and flora. The recolonization of wolves in the Northern Rockies, made possible by a reintroduction program in Yellowstone National Park begun in 1994, has allowed for extensive study of how the absence or presence of wolves affects ecosystems. These wolf studies, along with other research on other predators like cougars, sea otters and sharks, have fundamentally changed our understanding of ecology and are revising conservation strategies and priorities around the world. We now know that conserving top predators is essential for building a sustainable and healthy world for people and all species. 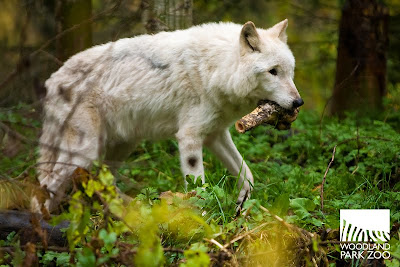 Yellowstone research showed that when wolves were absent, over browsing by elk and moose on plants like cottonwoods, willows and aspens caused degradation of habitat and altered forest health. In areas where wolves have returned, ungulates are reduced by predation and consume less browse. In addition, in wolf-occupied areas, their prey is more vigilant and active, which further reduces browsing levels. The result is that habitat improves, animal diversity increases, and important ecosystem functions improve, such as better floodplain protection, river channel stabilization, and water quality. 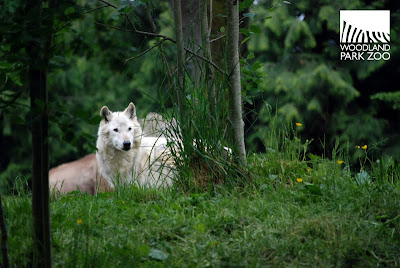 Wolves in Washington State
The gray wolf is an endangered species throughout Washington under state law and is endangered under federal law in the western two-thirds of the state. Wolves are a part of Washington’s wildlife heritage and were once found throughout the state, but great numbers were killed during the expansion of ranching and farming between 1850 and 1900. By the 1930s, wolves were eliminated as a breeding species in the state.

In the last decade, reports of wolves in Washington have increased, probably due to their recent population increases in Idaho, Montana and Wyoming. Since 2008, state biologists have documented that Washington has at least five wolf packs, totaling 20-30 animals. A few solitary wolves also are likely to occur. The five resident wolf packs, including the Teanaway Pack living only 90 miles east of Seattle, signal the possibility of population recovery for the species in Washington. State and federal wildlife authorities are monitoring the activity of these new resident wolves to learn about their habitat use, reproductive potential and emerging conflicts with people. 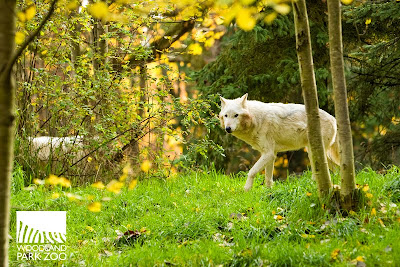 Zoo Supports the Proposed Wolf Conservation and Management Plan
A Wolf Conservation and Management Plan for Washington—created by Washington Department of Fish and Wildlife through a four-year public process—is to be considered next month by the Fish and Wildlife Commission. The primary goals of the plan are:
1. Restore the wolf population in Washington to a self-sustaining size and a geographic distribution that will result in wolves having a high probability of persisting in the state through the foreseeable future. The plan aims for wolf recovery defined by Washington as having 15 breeding pairs of wolves and their packs, totaling about 100-350 wolves, for three years and distributed across three recovery regions. (By way of comparison, there are an estimated 2,000 cougars and 25,000 black bears living today in Washington.)
2. Manage wolf/livestock conflicts in a way that minimizes livestock losses, while at the same time not negatively impacting the recovery of the wolf population.
3. Maintain healthy and robust ungulate populations in Washington that provide abundant prey for wolves and other predators as well as ample harvest opportunities for hunters.
4. Develop public understanding of the conservation and management needs of wolves in Washington, thereby promoting the public's coexistence with this predator species. 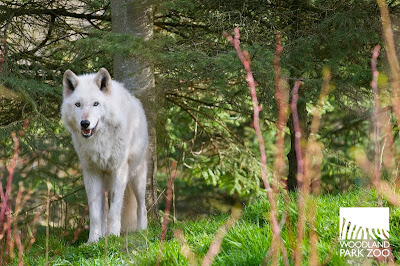 The Woodland Park Zoological Society supports the proposed Washington State Wolf Conservation and Management Plan. While it is true that wolves are naturally returning to Washington state after a 70-year absence, their recovery is far from certain. We see the plan as an important step toward building a scientifically-based, adaptive management process that will help wolves return to sustainable numbers in Washington. The issue is not only about wolves, but a myriad of other species, because it is now clear that the ecological health of many plants and animals depends on the survival of top predators. The zoo also supports the conservation of other top predators around the world, like tigers, lions and jaguars. You can learn more about the proposed Wolf Conservation and Management Plan here.

We invite you to visit the zoo to learn more about our wolves and what you can do to support wolf conservation here in Washington state and beyond.

health andecology said…
Wow, Fantastic article, it’s so helpful to me, and your blog is very good,

health andecology said…
Another informative blog… Thank you for sharing it… Best of luck for further endeavor too.